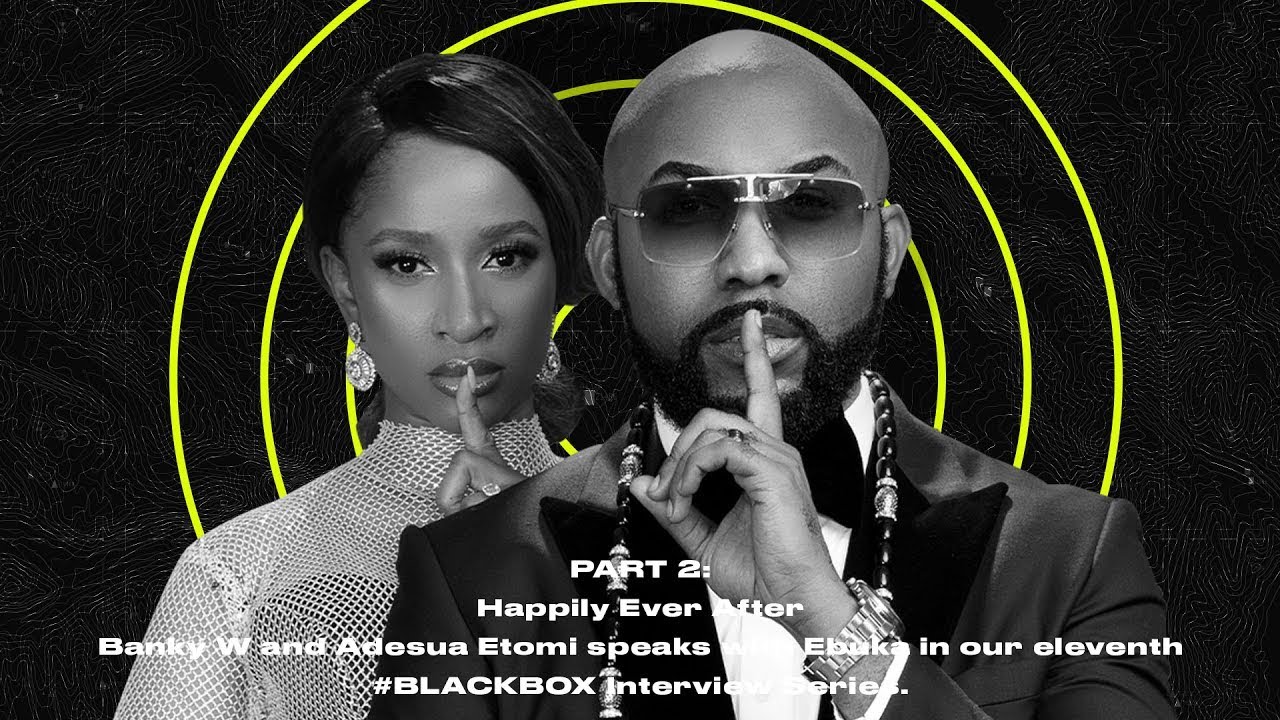 Banky W and Adesua Etomi or the Wellingtons as they’re famously known are undoubtedly two of the most popular faces in the country.

Banky W, a musical icon, entrepreneur and politician kicked off his estimable career many years back while schooling at the Rensselaer Polytechnic Institute in New York. After graduating, he moved back to Nigeria at the tail-end of the noughties where he quickly established as one of the greatest musical minds the country has ever seen.

Adesua Etomi, his wife, has led an equally exemplary career as well. After graduating from the University Of Wolverhampton with first-class honours, she also moved back to Nigeria where she distinguished herself as one of the country’s leading actors.

For the first of its kind, the pair join Ebuka in the Blackbox, discussing their individual careers, family, childbirth and much more.

Watch the second part of their interview below: