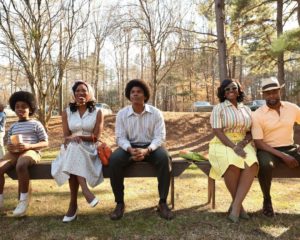 Yvonne Orji will appear as a guest star in an upcoming episode of ABC’s “The Wonder Years“, which will premiere on April 13.

Tammy in the episode “Love & War” will be played by the Emmy Award-winning actress and comedian. Tammy is a single mother who has been sending letters to Dean’s elder brother, Bruce, while he is stationed in Vietnam. To the amazement of the Williams family, the two eventually form a strong bond. Tammy’s background, as well as her age, become a source of disdain for Bruce’s mother, providing a much-needed chance for the two ladies to engage in meaningful discourse.

The Nigerian-born star rose to stardom in 2016 as Molly on the famous comedy-drama television series “Insecure.” She has also starred in episodes of “Jane the Virgin” and “A Black Lady Sketch Show,” as well as appearances in films such as “Night School,” “Spontaneous,” and “Vacation Friends.”

This NYSC Member Captured Stunning Portraits of an Elderly Drummer & Sold Them as NFT – See His Reaction!