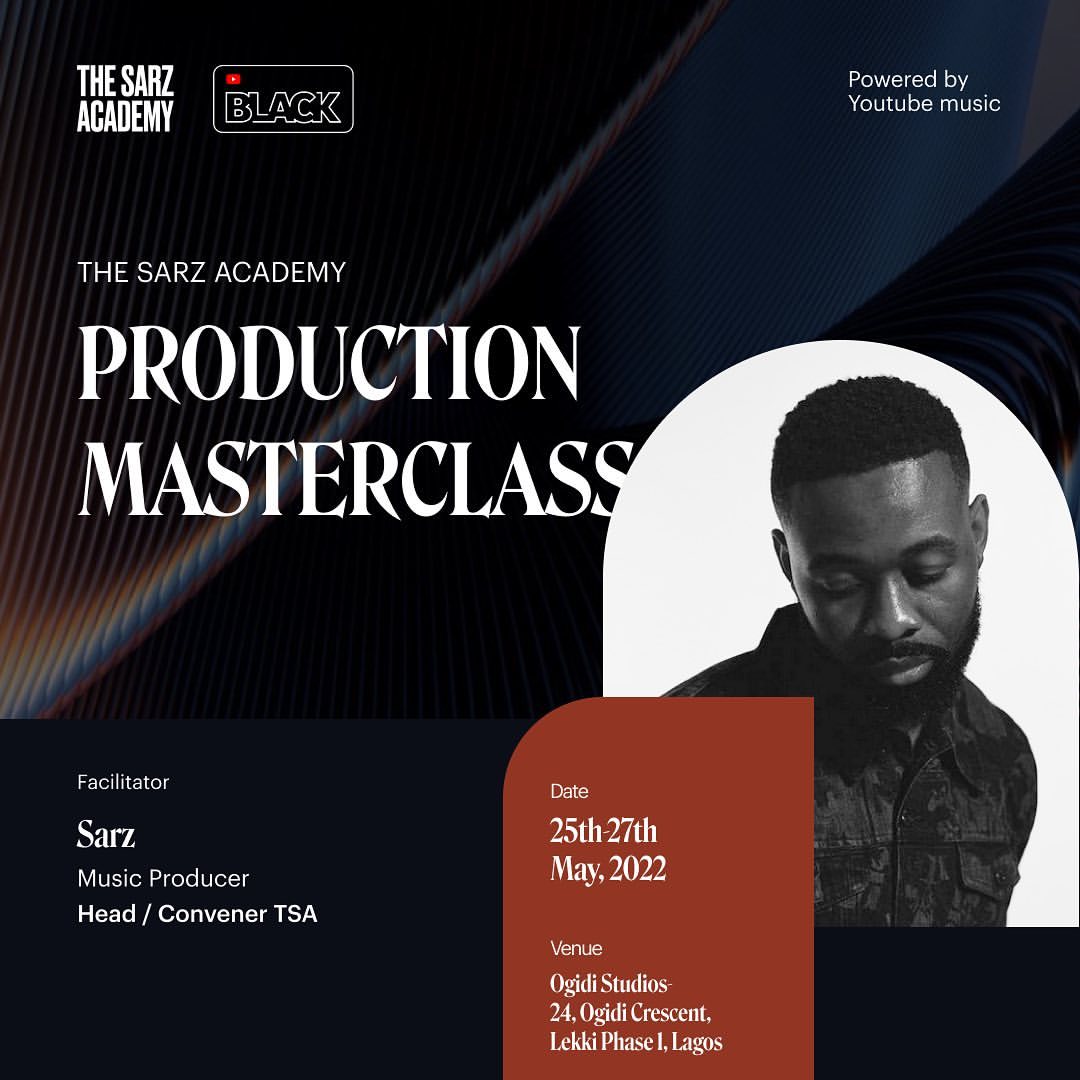 The Sarz Academy has today announced a collaboration with YouTube Music to train emerging producers and songwriters in Nigeria as part of a series of initiatives commemorating Africa Month 2022.

The training is part of YouTube’s Future Insiders program and will be a three-day training series
designed to help young producers and songwriters build their skills and abilities through hands-on training from famous music and industry leaders.

“We founded The Sarz Academy in 2015 to help creatives thrive in the creative and business of entertainment,” said Osabuohien Osaretin, popularly known as Sarz, Founder of The Sarz Academy. “Our objective has always been to help turn the enormous potential that exists in the music creative space into genuine accomplishments. We recognise that, although many young Nigerians possess the necessary abilities for the industry, many are unable to create a successful music career owing to a lack of grasp of the business and production foundations.”

YouTube announced earlier this week that a series of activities commemorating Africa Month will take place throughout the month of May. The initiatives, including the Future Insiders workshop, are meant to bring attention to and show appreciation for the artists and creatives who are moving Africa’s music business forward. 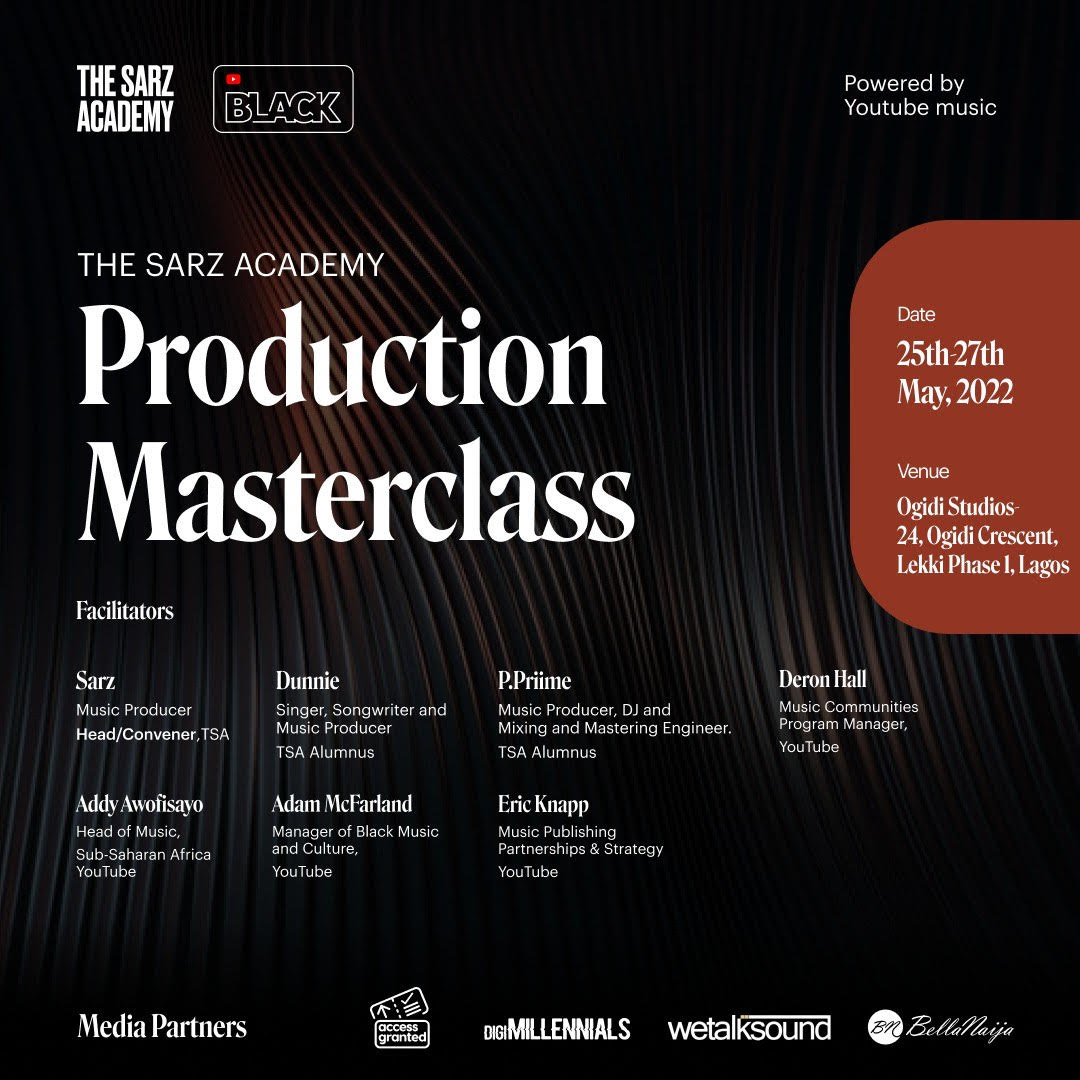 “We are delighted to be working with The Sarz Academy to present the Future Insiders program. At YouTube, we’ve always been committed to supporting the next generation of music creatives out of Africa, and we are thrilled at the opportunity to connect the impactful work of the YouTubeBlackVoices Fund with The Sarz Academy’s efforts to support the artistic aspirations of Nigerian music creatives,” says Addy Awofisayo, YouTube’s Head of Music, Sub-Saharan Africa.

Future Insiders is a component of the Black Voices Fund’s Music Community Pillar, which provides possibilities for exposure and learning for young people all across the world. Future Insiders has collaborated with community-oriented groups in New York, Los Angeles, the Bay Area, Rio de Janeiro, Houston, Atlanta, London, Lagos, Accra, and now Memphis.

In addition to technical production and business sessions, selected participants will access one-on-one sessions with YouTube to learn how to connect and use the platform to drive the best engagement, as well as learn about all the essential tips such as creating and developing their brands, self-marketing, building positive artist and producer relationships, and revenue streams to consider.

“In keeping with our purpose, the 2022 Future Insiders program will focus on the business and production sides of music, with the primary objective of assuring that new producers do not make the same errors as previous generations. This level of success demonstrates that we are on the right route, and we look forward to further sessions, the development of new hit-making producers, and the expansion of the Academy to more countries,” remarked The Sarz Academy’s General Secretary Olajumoke Olayiwola.

The Masterclass will be held at Ogidi Studios in Lekki, Lagos, from May 25th to 27th, 2022, with attendees getting the opportunity to network with facilitators and discuss the music industry.