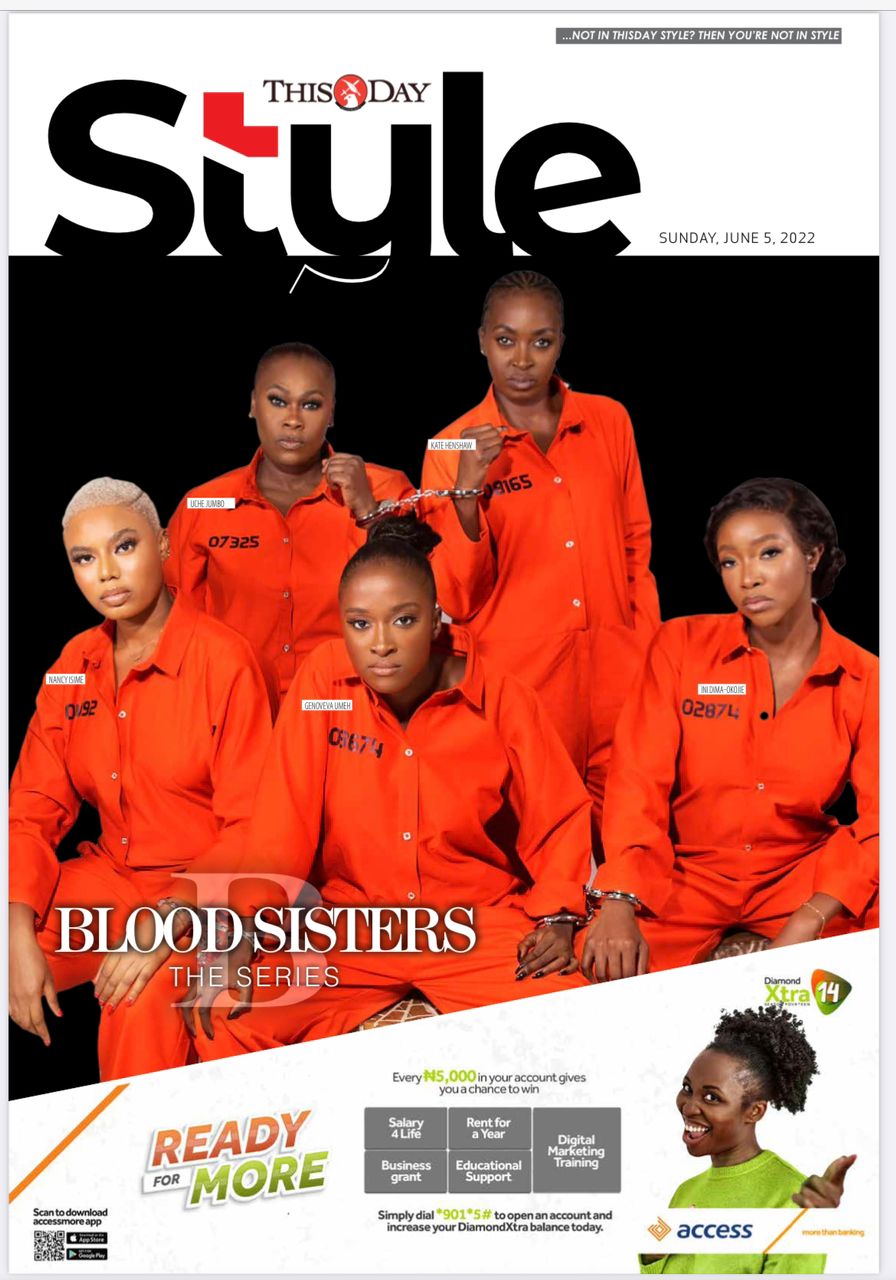 Precisely a month after its release, Ebony Life and Netflix series Blood Sisters, is still causing a racket in the entertainment industry. The limited series is regarded as one of Nollywood’s finest productions with an unexpected plot and a quick turn of events that had us gasping and tapping our feet waiting for the next scene to explain the previous. 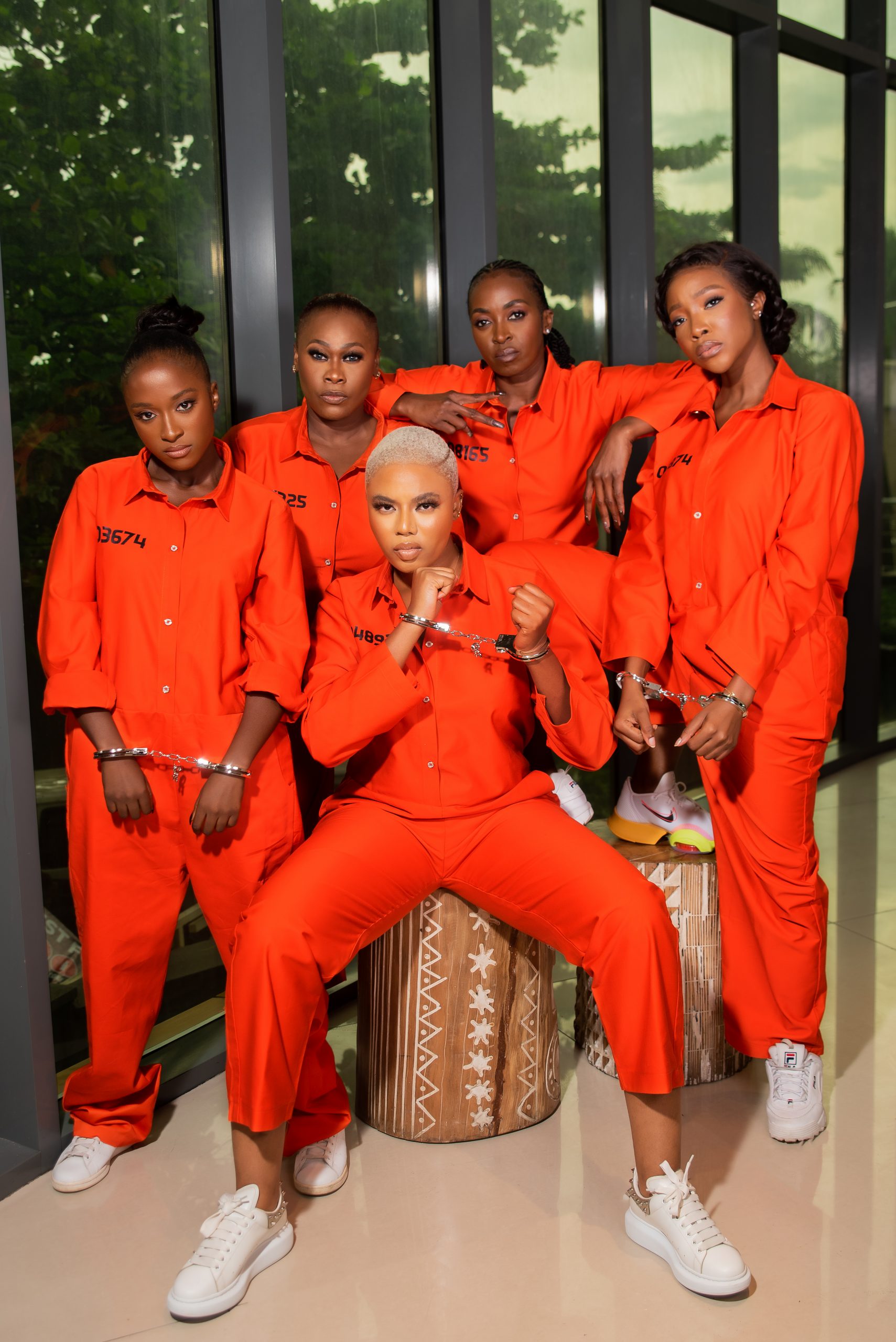 It is quite rare for a Nollywood movie to start with that kind of intensity that didn’t stop until the last scene. 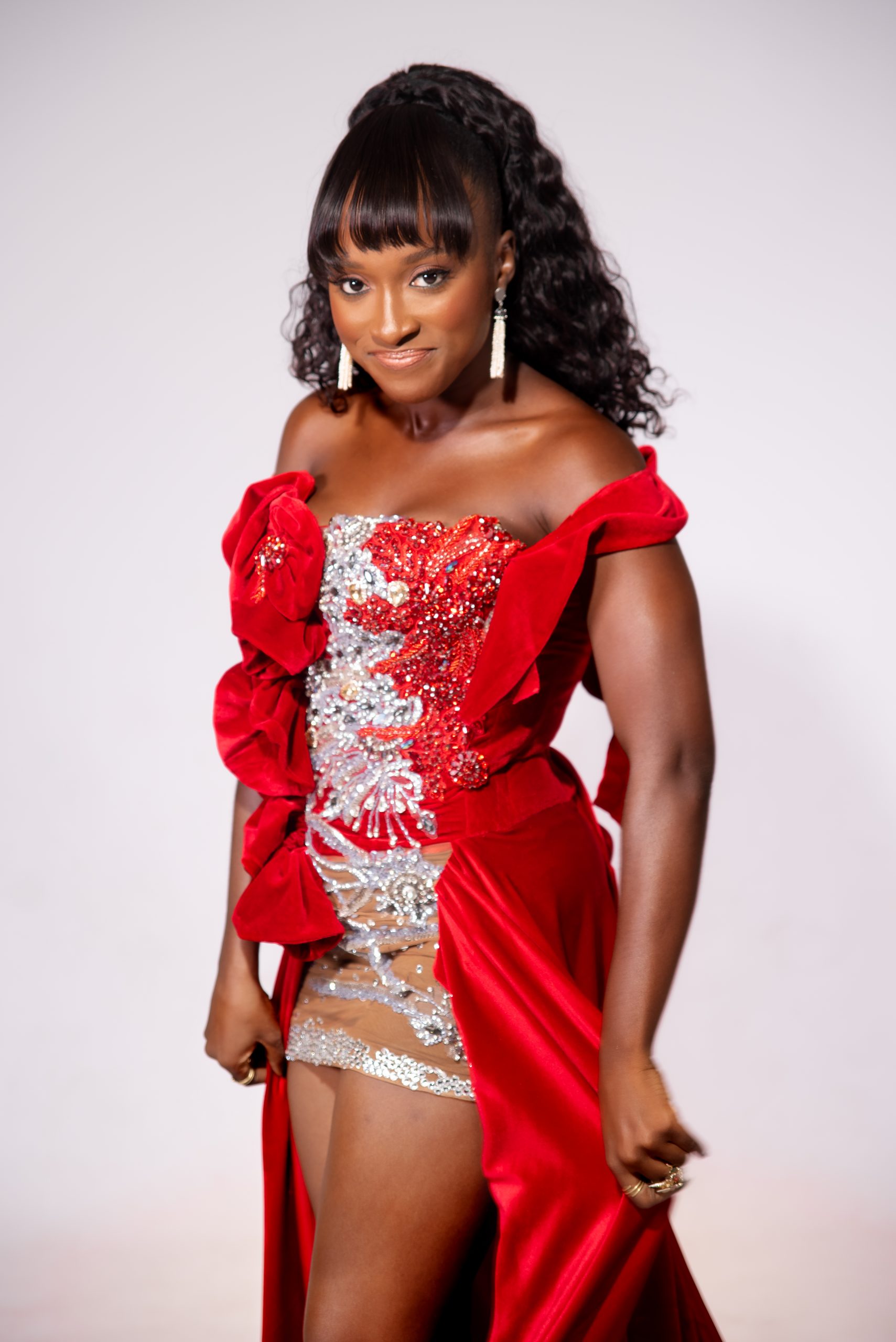 Genoveva Umeh, Nancy Isime, Kate Henshaw, Ini Dima-Okojie, and Uche Jombo shared their on-set experiences and their favorite bits from the series in an interview with ThisDay Magazine.

Genoveva Umeh played the role of Timeyin Ademola in the series. The character battled drug addiction and yearned for love and support from her family. The lack of this led her to searching for it in all the wrong places. Timeyin is a fierce character that was brilliantly played by Genoveva.

When asked about the process of bringing her characters to life, the actress said: “Timeyin was an addict. She is multidimensional, just like any normal person. This was a real issue that people face, so I did my research, I created a playlist of songs I imagined she’d connect to, and for each scene, I played what she wanted and how she intended to get it. So as many things I could add to make her real, I did.”

Blood Sisters is her big breakthrough and the actress is thankful for the opportunity to have worked on the project. In her words: “I feel incredibly thankful to the network and grateful to God. For a long time, I’ve dreamt of the chance to play a character that makes a mark. Timeyin does this. She is the most authentic woman. She takes up space so unapologetically. I cannot wait for the world to meet her.” She also shared her desire to work on more challenging roles in the future. 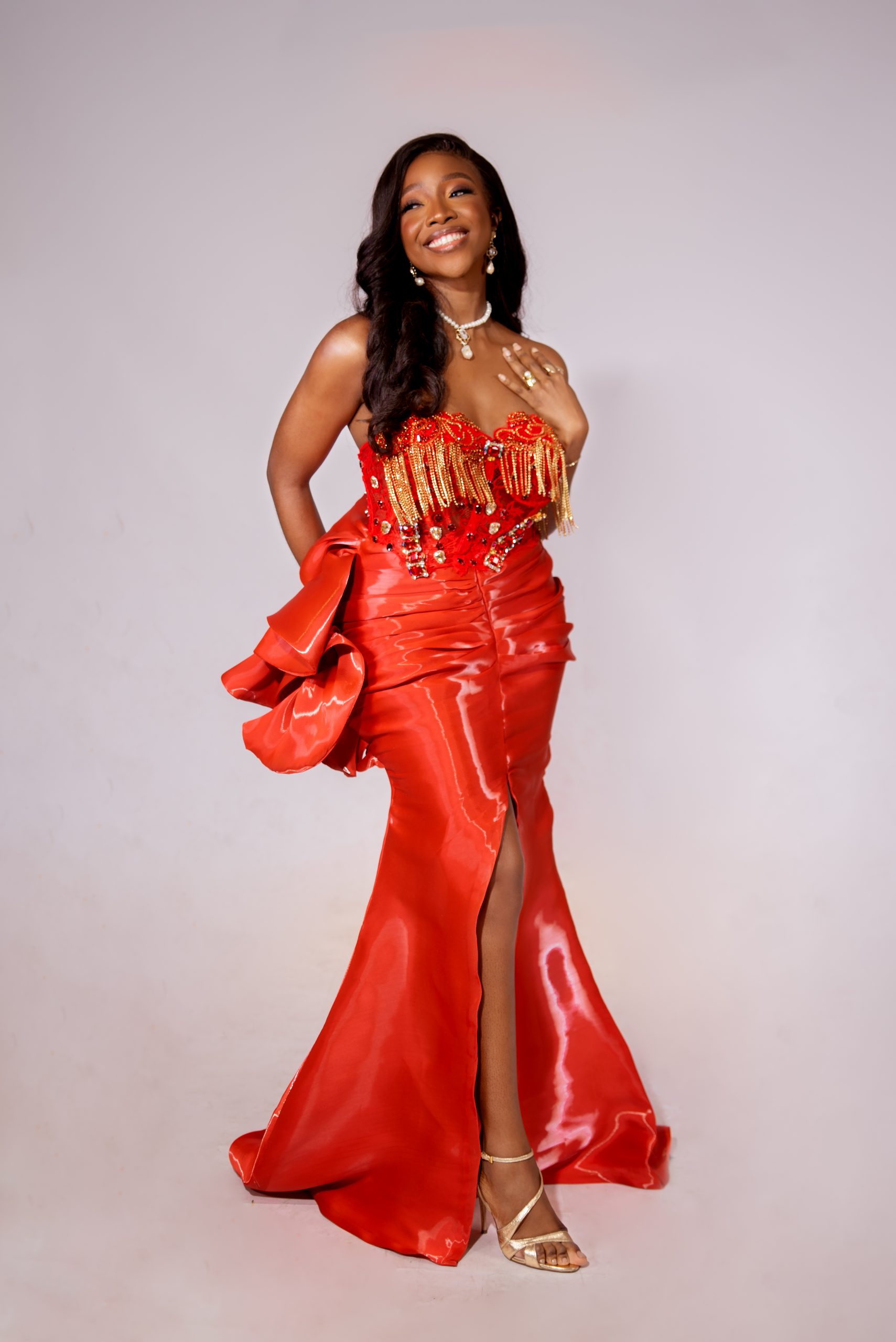 Ini Dima-Okojie admits to being driven by the authenticity of the series and how relatable the plot was.

The actress describes the character she played as someone carrying a heavy burden. “I like to describe Sarah as someone who felt like she had to carry the weight of the world on her shoulders, whether or not it was detrimental to her well being. And we see that play out through the entire course of the series,” she says. “In the beginning, she appears to be living the life people only dream of, but what we soon come to realise is the burden she’s been carrying.”

Ini goes on to speak about the filming of the series which took place during the COVID19 pandemic. “It was challenging filming during COVID-19 because we had to ensure we were in a bubble and adhering to all COVID precautions. Tests were carried out every two weeks.”

“I remember there was a time when one of the cast members had caught COVID and we had a huge scene planned for the day, but production had to shut everything down and rework the entire schedule. I’m so proud of the cast and crew for being able to shoot this fantastic series under such challenging conditions.”

Ini says her must challenging part of her role was the mental and emotional part of portraying her character Sarah. “I had to be very vulnerable as Sarah, and I had to dig very deep to be able to emote the things she was feeling truthfully. It’s a raw place, and I fully dived into those emotions. It took a lot of research, and it’s all or nothing for me!. So it always has to be all.” 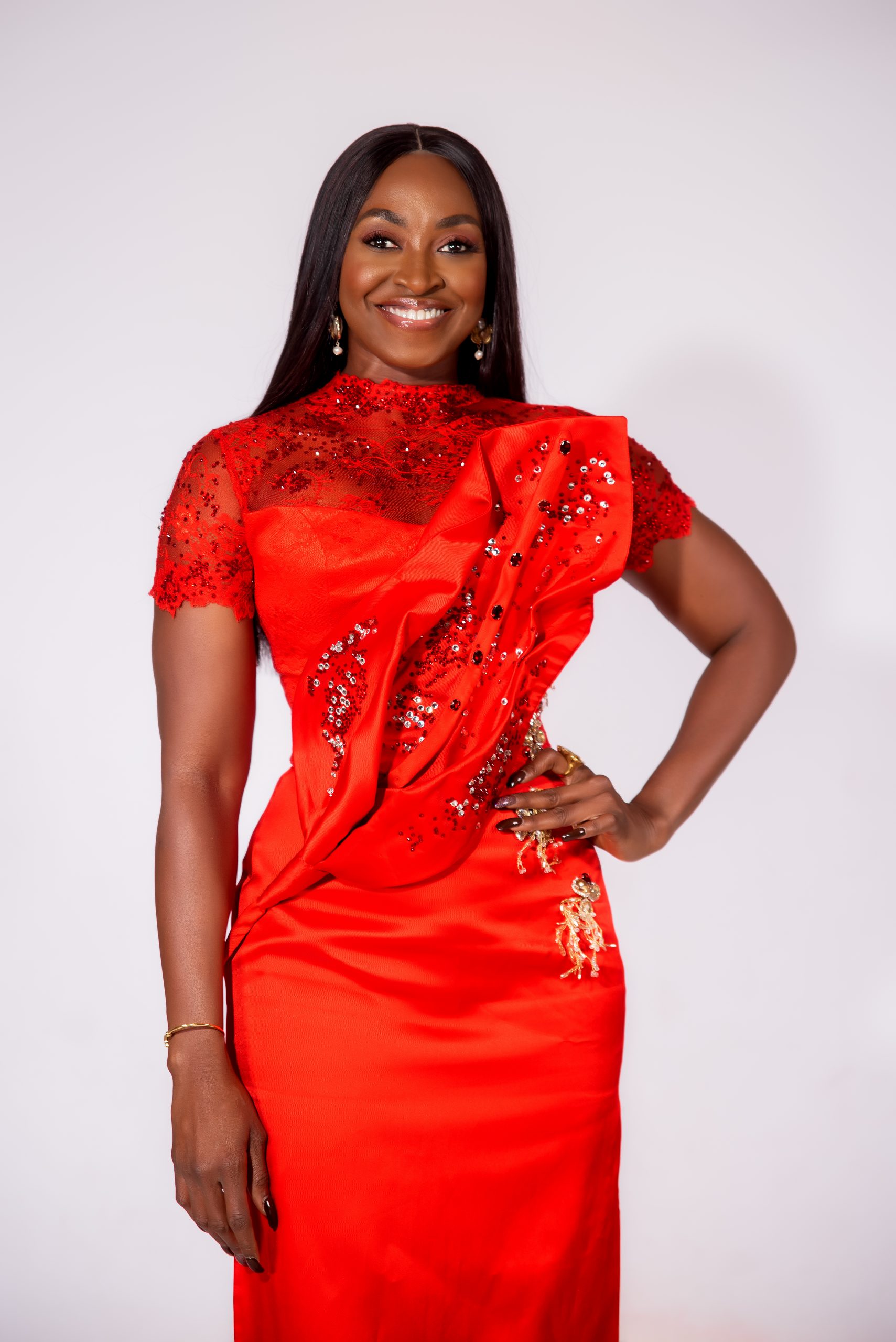 Kate Henshaw who plays Uduak Ademola describes her character as strong and fierce. On the actress’ biggest challenge while playing the role, she says “The only challenge I faced bringing the character to life was my being anxious about making sure she came across as true as possible. One of the directors, Biyi Bandele, made me watch a particular movie before we started to shoot so that I could understand what was required of me. I believe I did justice to the character.” Nancy Isime played the role of Kemi, Sarah’s close friend. Their characters were distinct yet complimentary. The bond between the characters transcended above friendship. And the one thing Nancy would like the audience to take home when she’s asked is that true friendship exists. 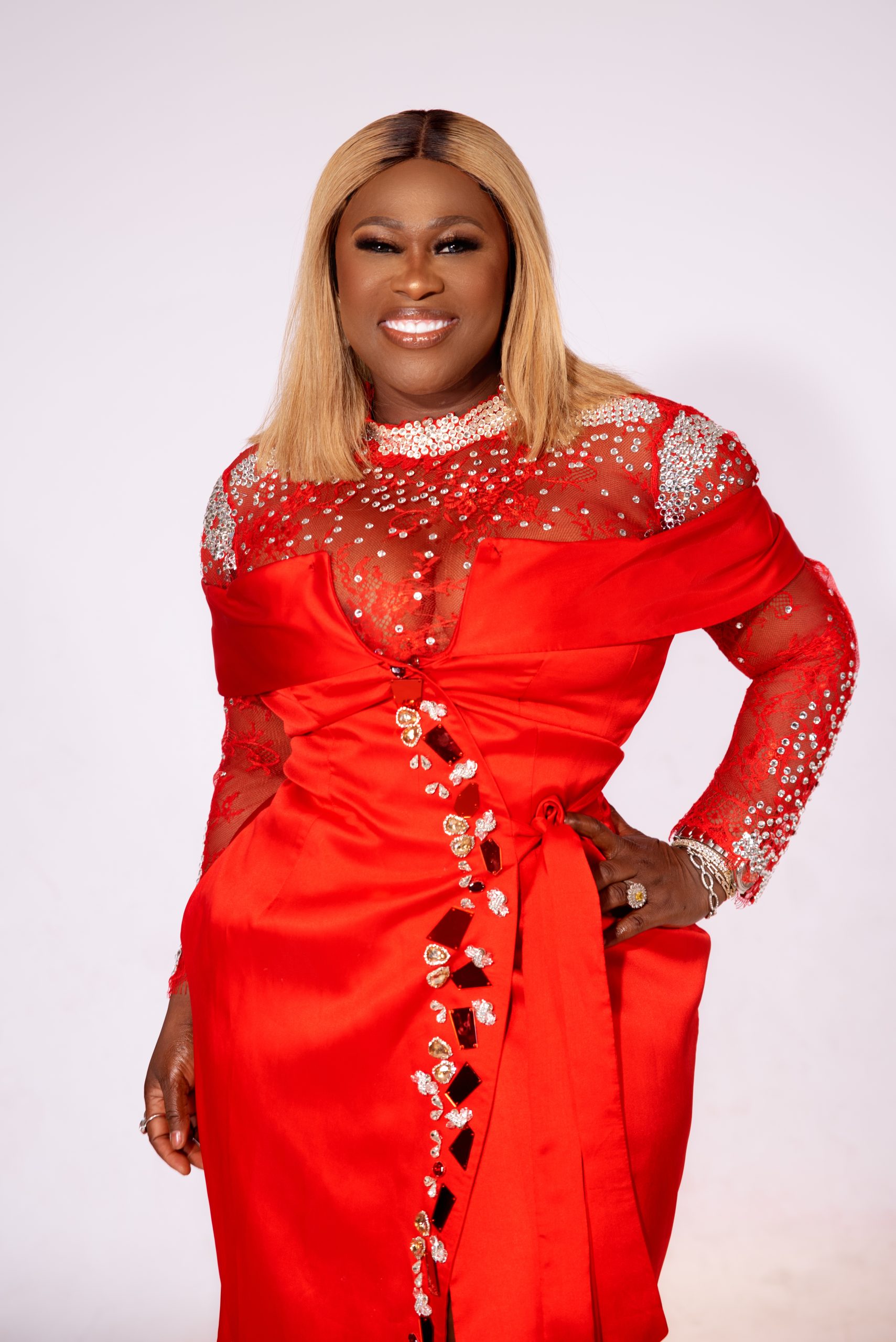 The character; Uchenna is played by Uche Jumbo which the actress describes as “an Igbo wannabe”.
“I know a few Uchennas; finding her wasn’t difficult, and I had the most fun playing her, not a kind of role or age that I have played before.” Uche added.

Temitope Olowoniyan, Lilian Afegbai & Toyin Lawani Nailed the Geek Chic Theme for the Premiere of “The Order Of Things”