Dear Parents, Can We Stop Bleaching Our Children's Skins? 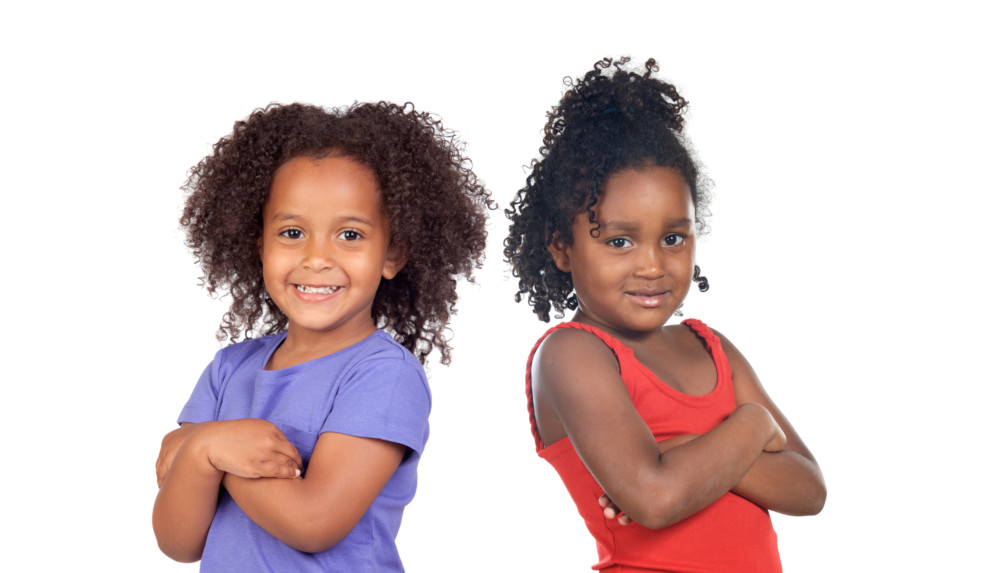 There is an African saying that goes “It takes an entire community to raise a child.” I may be guilty of living up to this occasionally. I once had a neighbor who was naturally light-skinned. She had a beautiful baby girl whose skin color could pass as mahogany. As time went by, I watched the child’s skin discolour. “Maybe it is eczema,” I would think to myself as I held myself from asking the mother. Such questions are delicate and you do not want to imply that the child is not well taken care of. I also noticed the child did have a stench of medical ointment every time she raced to me for a big hug.

The mystery around the child’s “eczema” patches was solved on a hot Sunday afternoon when some of the neighbors and I indulged in small compound gossip. The mother of the child openly admitted to being on a mission to lighten her child’s skin tone.

“Why?” I blurted out before I could even stop myself.

“You no know say na light skin dey sell pass?” The mother retorted, beaming with pride as other women nodded in agreement. This, gentle reader, was my first encounter with bleaching children.

It has become relatively normal for teenagers, young adults, and adults to bleach their skin. But children? Parents want the best for their children – education, lifestyle, and even looks. One may wonder what passes as good looks but this depends on who is looking.

The conversation of parents bleaching their children’s skin has been frequent on social media, with lots of sensitisation going on. But skin bleaching, in this part of the world, is not novel. In 2018, the mainstream and social media went agog with the news about pregnant women in Ghana taking bleaching pills for them to give birth to fair-skinned babies. Nigerian women are also reported to be the highest users of products with mercury and hydroquinone, and which lightens and thins the skin.

Let’s not sugarcoat it, we live in a world where people with lighter skin have a better advantage than people without. It is a sad reality that has left people with inferiority complex, insecurity, and low self-esteem. Colourism is a disease that has eaten deep into our system and it keeps getting worse. It has gotten so deep that parents are beginning to dump their insecurities on their children: “I want my child to be fair and have glowing skin.”

People make use of homemade soaps mixed with skin lightening agents including kojic acid, glutathione, and citric acid. They claim to reduce the effect of these products by mixing the soaps and creams with shea butter. But it is seen that these agents have local and systemic effects on the human body, regardless of how little was used. The effects are much worse on children because of how thin and soft their skin is. These kids are exposed to such toxic chemicals by ignorant parents when all they need is a skincare routine. Now, you see little school children running around with discoloured feet, burnt knuckles, and sunburned faces.

These products have a high percentage of mercury and hydroquinone. They also include steroids in small or large amounts that lead to adverse systemic effects like weight gain, bone abnormalities, kidney and neurological impairments.

It is important to note that lighter skin doesn’t equate a good skin. Melanin isn’t a disease that should be cleared with agents. Hyperpigmentation and other skin issues common to black people could be treated or prevented with safer measures like the use of sunscreens and dermatologically tested and trusted products.

Our children cannot be our future if they all come down with skin and kidney issues in the coming years. Let’s save our children’s future by helping them remain confident in their skins.

Mike Hunder: Avoid These Mistakes If You Want to Succeed in the Pig Farming Business