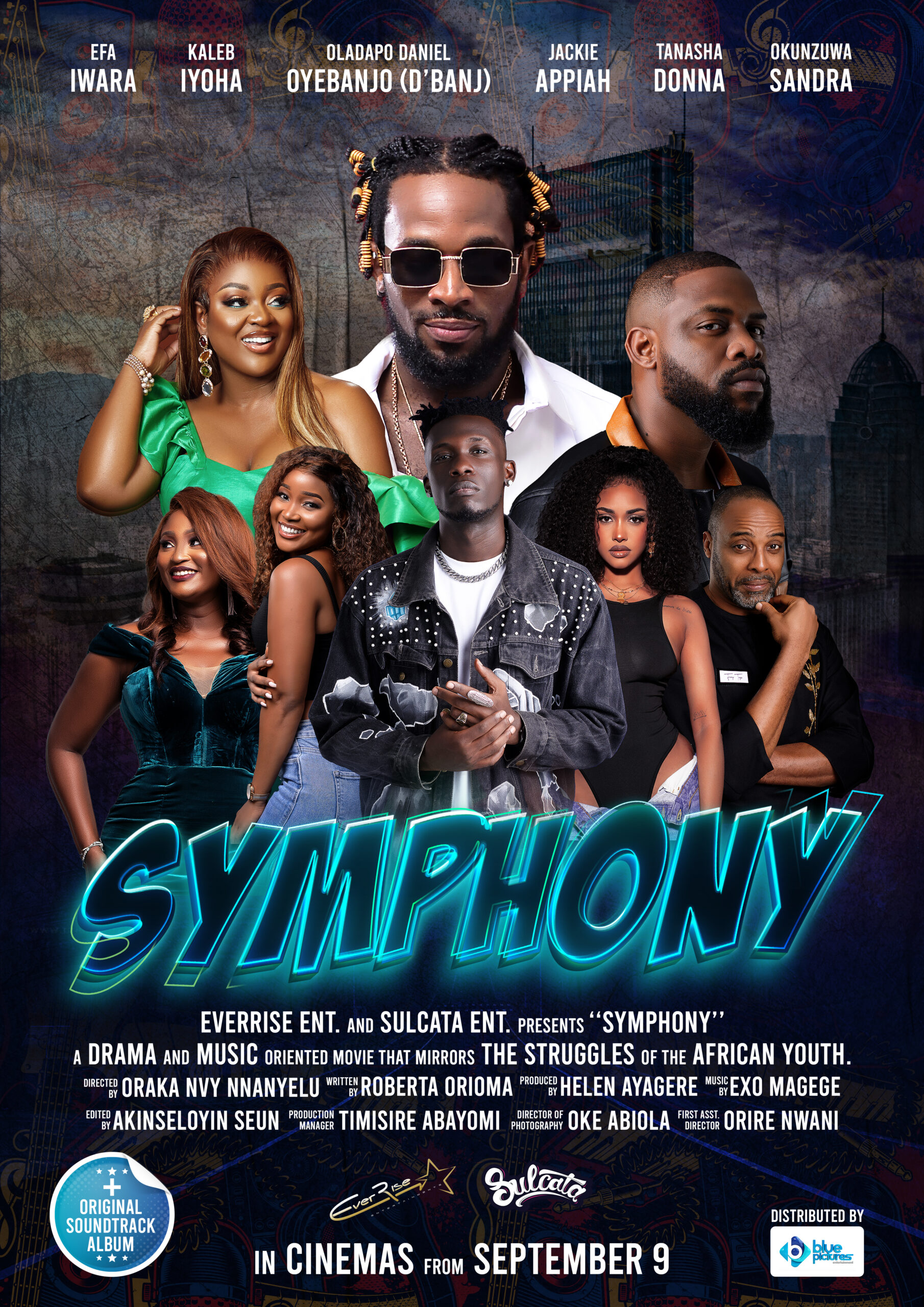 Ahead of its September 9th 2022 cinema release date, the trailer for the much anticipated Nollywood and pan-African blockbuster movie Symphony has been released.

The trailer introduces the film’s dizzyingly impressive ensemble cast, with standout performances by Slade and Lolita (the lead roles), D’banj and Tanasha Donna (both making their acting debuts), and highlights some of the film’s many electrifying moments.

From the drama to the visuals to the heightened emotions, and even the music, this trailer creates so much glee and anticipation that confirms that this film is exceptional and was made to dominate the screens.

The movie, Symphony focuses on music and entertainment to highlight the many societal issues bedevilling African youths. The film also features a music album with original compositions recorded by some of the film’s cast members.

With the release of the trailer, the multi-million-naira movie project which was jointly produced by EverRise Entertainment and Sulcata Entertainment, and directed by Oraka Nvy Nnanyelu is set
to hit the screens of major cinemas across Nigeria and other African countries come September 9th 2022.
Connect with the team here