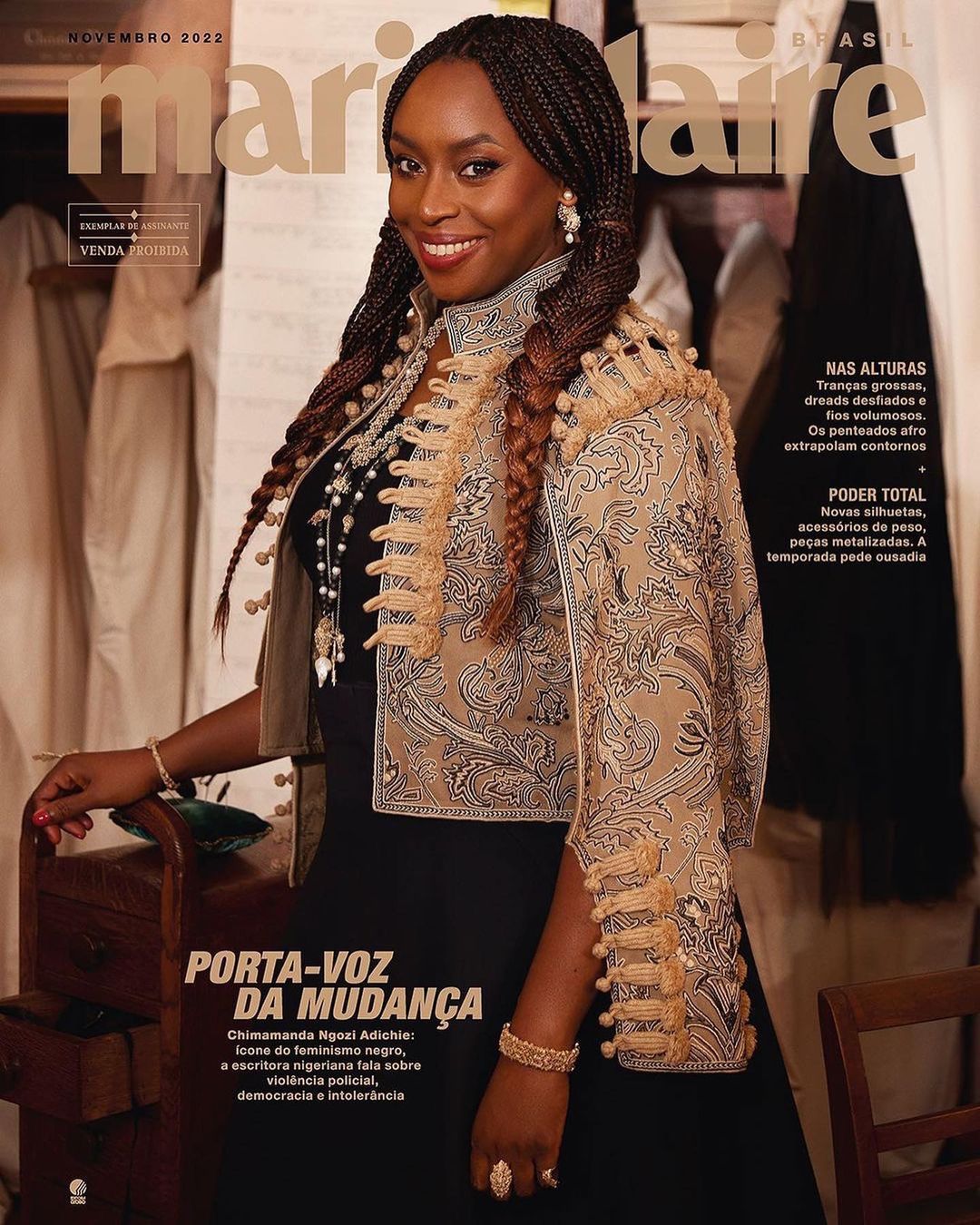 Celebrated feminist, anti-racist activist and author, Chimamanda Ngozi Adichie looks incredibly stunning as she covers Marie Claire Brazil magazine for the second time. In this issue, Chimamanda talks to the publication about gender, race, and democracy and her optimism about the future, especially about black women.

Read excerpts from the issue below:

On the future of black women

I am optimistic about the future, especially about the future of black women. But I have to be honest and say that I fluctuate, in different situations. Sometimes I think, ‘Yes, we’ll get there.’ In others, I even think there has been progress, but very slowly. So some of the things that I’m optimistic about is that we’ve been talking a lot about race and what I like to call ‘restorative justice.’ I think this is happening a little more in the United States and Western Europe, not exactly in Brazil. These conversations already exist, but it worries me that there is still only the conversation. People say, ‘Oh, I believe in equality. We know that black people were oppressed, underrepresented and excluded.’ And it all stops there, in the conversation. I hope for more actions. On what she hopes for her daughter in the future

My biggest fear about my daughter’s future is that she might fall in love with a horrible man [laughs]. Okay, maybe that’s not my biggest fear, but I really care about her being a woman in the world, I care about the messages girls get from society. I’m very vigilant, for example, with people talking about weight loss when she’s around. I don’t want her to live that kind of nonsense. She’s only 7 years old, but I’m already thinking about when she goes to college. If she’s going to be okay if she’s going to have the right friends. I am trying hard to teach her to understand that she is enough. There are so many women in the world who think they somehow need a man to complete them. And I think it’s beautiful to want a man, but this idea of ​​needing one… I’m going to try very hard to make her not think that way.

On being an African woman living in the diaspora

I’m a lover and advocate of natural hair, my novel Americanah was about hair [laughs], among other things, of course. I love the distinctly black and African styles. So I like cornrows, I like the natural texture, and I don’t like chemical treatments. But we live in a world that still judges black women harshly on their appearance. So, if a black woman makes the decision to have her hair chemically straightened, that’s not a decision I would criticize — not on a personal level, but structurally. So I ask: do we create an environment that allows and enables black women to wear their hair however they want? No, not yet. I keep hearing stories of people who go to job interviews here in the United States and because they have natural hair, are not hired. And I’m one of those very annoying people that when I see a black woman on the street or at the airport or at the mall and with her hair down, I always go to talk to her. I mean, I just can’t help my love of natural hair [laughs]. I wish black women continue to be glorious, but we must also be kinder to ourselves. We can be very hard on ourselves. We need to take some time off every now and then, and pat ourselves on the back. It’s what young people today call self-care [laughs].

Read the full interview on revistamarieclaire.globo.com