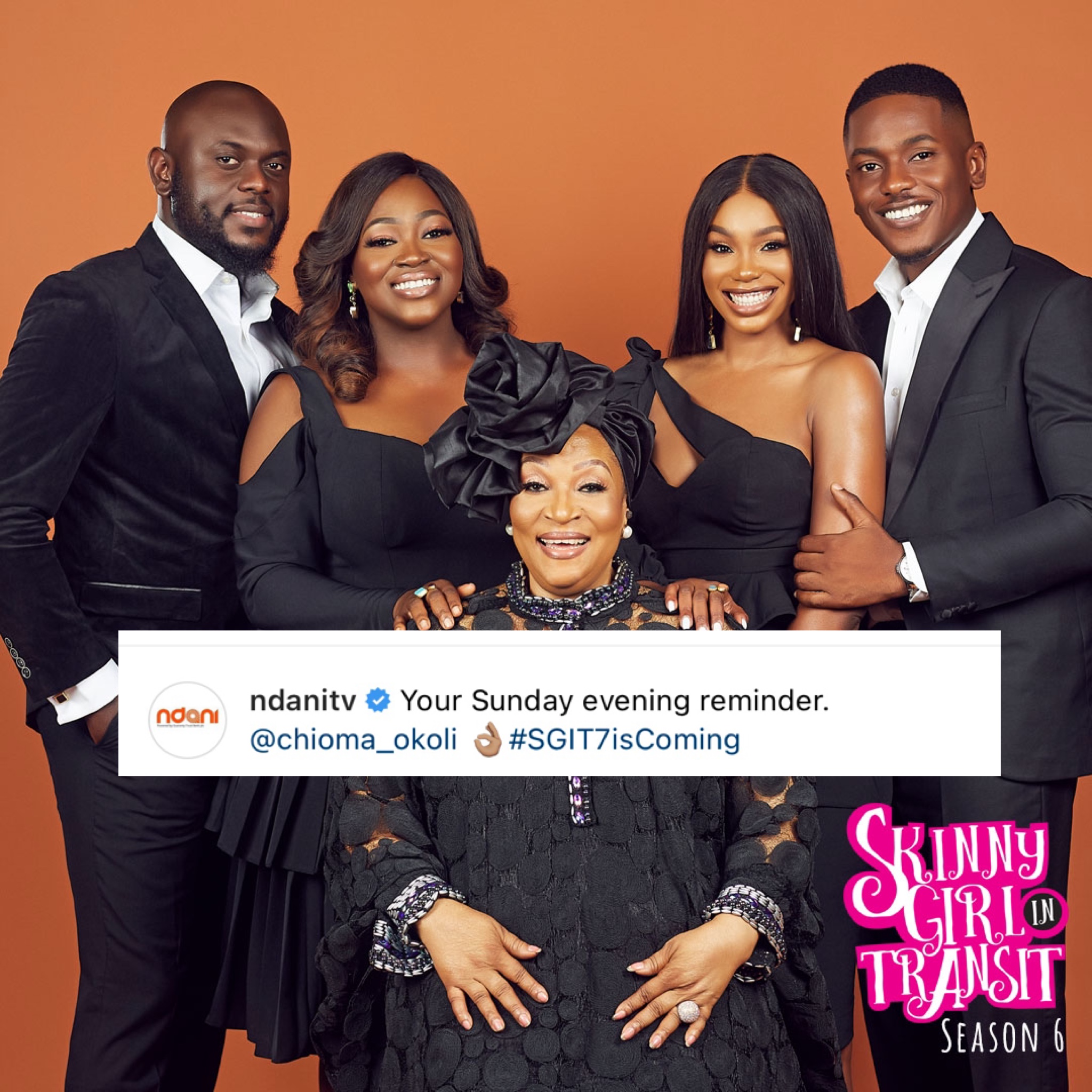 It’s been 3 years since we were treated to a new “Skinny Girl in Transit,” but it looks like the wait is almost over!

Ndani TV posted a tweet from one of the series’ stars, Chioma Okoli (who plays Wosi), confirming that the critically acclaimed series is coming back for round seven.

The original film, which came out in 2015, stars Abimbola Craig as Tiwa, a plus-size radio personality who struggles with the pressures of wanting to be in a relationship and to be successful. The previous season starred Ayoola Ayolola, Sharon Ooja, Ngozi Nwosu, Timini Egbuson, Chioma Okoli, and Bisola Aiyeola, amongst others.

No word yet on a release date or who will or will not be featured in the series, but we can’t wait to tune in.