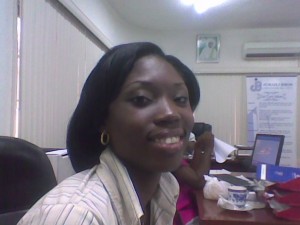 On my way home from work on Monday 3rd November 2008, I sat listening to the radio while in trafiic. Suddenly, the radio presenter started describing an ongoing assault on a young lady on Muri Okunola Street in Victoria Island Lagos. He was appealing to the authorities to intervene and stop a gang of Navy Officers from brutally assaulting a young lady. To say I was in shock would be an understatement. I even thought to myself, ‘maybe he (the radio presenter) is exaggerating…’, I was like ‘there is NO way this could be happening today in Lagos’. Well I was SO wrong.

Uzoma Okere was driving on Muri Okunola Street in Victoria Island Lagos on Monday, 3rd of November 2008. The sirened convoy of Rear Admiral Arogundade came along and she did not maneuver her car out of the way quickly enough. She was then dragged from her vehicle and brutally beaten and stripped of her clothing. She was even forcibly moved to a secondary location,  Palm Kernel House located at No. 253 Muri Okunola Street where the physical assault continued. Apparently her ‘offenses’ included not moving quickly enough then 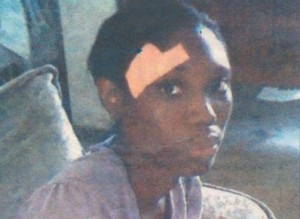 proceeding to hold the horsewhip of one of the Navy officers as her was trying to intimidate her.

The incident was in broad daylight and many witnesses saw what happened. There have even been video uploads of parts of the assault on the internet – HERE

There is an ongoing investigation into the matter. The Presidency is said to be aware and I know that Uzoma has met with Lagos State Governor Fashola.

There is a campaign to ensure that justice is served and this isnt swept under the rug like many similar incidents.

In a week where the USA celebrated ‘change’ and progress with the election of Barack Obama, in my opinion, Nigeria took another step back as a young lady (it hits so close to home and is so startling that it could have been me or you!) is assualted in broad daylight. Lets do something and ensure that this never happens again!

I was with Uzoma Okere in Alausa yesterday and at the Ministry of Justice therafter where we edited the petition to ensure it was explicit about what we want.

But let’s not celebrate yet. The battle has just begun.

It ends when we justice has been served. And we will keep at these protests until justice is administered on the rating monsters.

If you want to lend your voice to the injustice, please come to 14 Muri Okunola at 12.30p.m on Sunday November 9.

We will be there till 3pm with a video camera to record the faces and voices of incensed Nigerians.

From there we will proceed to University of Lagos where filming will continue at 4pm- 7pm in front of Moremi Hall. Similar filming will take place on Sunday in London, New Jersey and Beijing.

We all have a responsibility for what happened. We permit it by not speaking.We intend to broadcast the footage on local and international television in order to inspire shame in each one of us as individiuals and in our government.

We will continue to air the clip on rotation until justice is served. Please spread the word. We look forward to seeing you there on Sunday and please send this to all your friends on facebook.

TuFace, Sasha & Others represent Nigeria at the World Music Awards in Monaco

On Set With Dare Art-Alade – ‘Not D Girl’