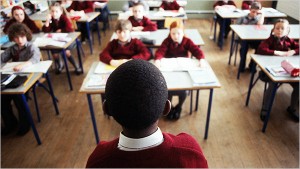 While India and the rest of the world raves about the cute kids in the Oscar winning Best Picture Slumdog Millionaire, Africa can also revel at our own little star.  11 year old Tunji attended yesterday’s Oscars ceremony yesterday due to his role in the Oscar nominated live action short film, “New Boy.” 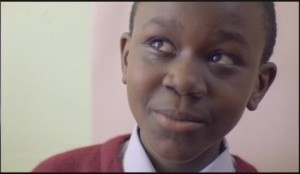 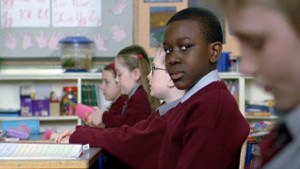 This 11-minute flick is based on Roddy Doyle’s 2005 short story about an African immigrant boy who struggles to fit in socially over the course of his first day at an Irish school. Even though the film did not win, Tunji still enjoyed attending the Oscars. In an interview wth cBBC he says, “I got to meet my hero Daniel Craig and Queen Latifah said I had beautiful skin!” Tunji really makes me feel like an agbaya; in addition to his attendance at the Oscars, he also appeared in Casino Royale as Cola Kid.

Update: According to the BBC, Tunji is actually of Sierra Leonean & Zambian origin. We are still proud of him 🙂

Journey to ‘Killz Zone’ with Ikechukwu