Who is going home with the MAMAs? 2Face, D'Banj, Amani, Lizha James, MI and others clinch nominations 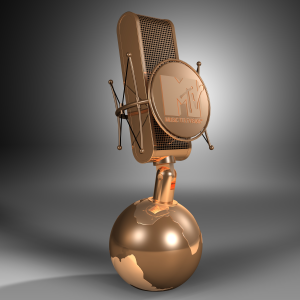 MTV Africa has announced the nominees for the 2009 MTV Africa Music Awards. 2Face leads the way with 4 nominations while SA’s HHP, Nigeria’s D’Banj and Kenya’s Nameless follow with 3 nominations each. As seems to be the trend at African music awards shows, Nigeria is the MVP with a total of 15 nominations.
You can vote for your favourites by visiting the MAMAs website.

The nominees for the 2009 MTV Africa Music Awards with Zain are:

The winners of the MTV Africa Music Awards with Zain will be announced on 10 October 2009 at the Indoor Arena, Moi International Sports Centre, Nairobi, Kenya. The broadcast of the show, hosted by hip hop legend Wyclef Jean, and featuring performances by Wyclef Jean, Lira, M.I., Samini and Wahu will air to a potential TV audience of 1 billion viewers around the world, via African pay-TV channel MTV base (DStv Channel 322), MTV partner networks around the world and African terrestrial channels including RTGA (Democratic Republic of the Congo), TV3 (Ghana), CTV (Kenya), AIT (Nigeria), STV (Nigeria), TBC 1 (Tanzania), ZNBC (Zambia) and WBS (Uganda), from 17 October 2009.

Selected by an independent voting ‘academy’ of 170 music professionals and opinion formers from 30 countries in sub-Saharan Africa, the nominations for the MTV Africa Music Awards with Zain showcase the wealth of musical talent that Africa has to offer, and provide the ultimate vehicle for young Africans to salute the African and international artists that rock their worlds. The Awards were inaugurated in 2008 to champion and celebrate African music and musicians.