Ask Nollywood star, Mike Ezuruonye for the happiest day of his life and he’ll say, today 22nd of May 2010. In Mbano – Imo State, Mike and his fiance, Nkechi Nnorom celebrated their traditional wedding in grand style.

Their love story started 2 years ago when Mike was filming a movie at Nkechi’s godmother’s house in Abuja. Nkechi who was on holiday from Canada where she was pursuing a career in Medical Psychology. He spotted her and the attraction was immediate. Nkechi was not a Nollywood fan at the time so had no idea who he was. For over a year, Mike pursued beautiful Nkechi and she finally said yes and then their relationship began!
On Nkechi’s last birthday, she received a romantic surprise – a proposal from her heartthrob Mike and once again she said YES! This time, it was a commitment to spend the rest of their lives together.

After months of preparation, all roads led to the brides hometown, Mbano in Imo State. The couple’s families as well as their friends all came out to show their full support. So did the Mbano townfolk as over 2000 well-wishes and guests graced the ceremony.

The bride, Nkechi was dressed in an embroidered gold dress accessorized with coral beads on her head, around her neck and waist while Mike was in a brown and ivory traditional Igbo Isi-agu attire.
The Igba Nkwu Nwanyi was beautifully performed by Nkechi as she navigated through the huge crowd and presented her cup of wine to her love, Mike with a beaming smile. Mike happily received it, took a sip and gave her a romantic hug while grinning from ear to ear.

The rest of the ceremony was all about fun and celebration as Mike’s Mum and siblings along with Nkechi’s family, celebrated the marriage of their children. For Mike’s Mum, Mrs. Ezuruonye, it was an emotional, happy and fulfilling day. Having been widowed when Mike was young, he has always been a great son and done her proud so it was her honour to watch him begin his own family with Nkechi.

As a testament to his popularity and goodwill among his colleagues, celebrities inlcuding Nonso Diobi, Omotola Jalade Ekeinde, Uche Jombo, Tonto Dikeh, Desmond Elliot, KC Presh, Ini Edo, Jackie Appiah, Julius Agwu, Patience Ozokwor, 2Shotz, Rukky Sanda, Chioma Chukwuka Akpotha, Chinedu Ikedieze and Mercy Johnson all graced the wedding. Mike’s fans were not left out as 10 bikers rode all the way from Port Harcourt in a special convoy to celebrate with their fave actor.The people of Mbano also supported by turning out in huge numbers. They got a treat as they got to meet many of their favourite Nollywood stars.

Indeed it was a beautiful and joyous occasion, there will be an after-party tonight and the white wedding will take place later in the year.

BN wishes Mike and Nkechi a blessed life together as one.

More photos will be added soon… 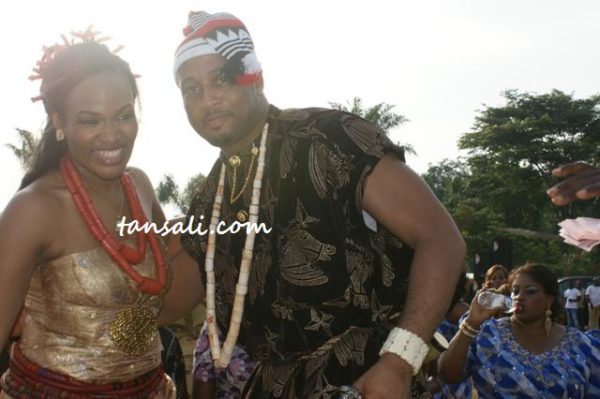 Desmond Elloit with the groom, Mike 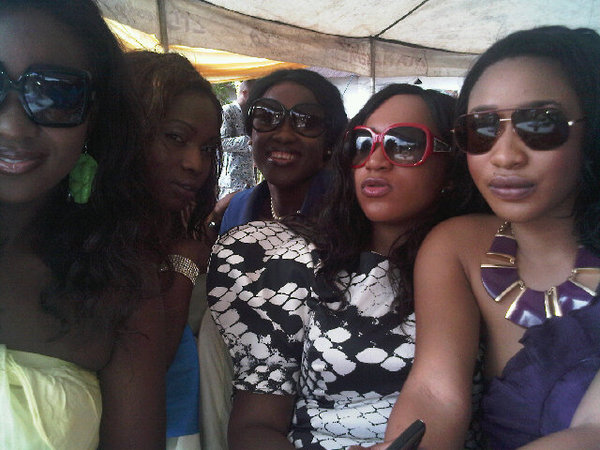 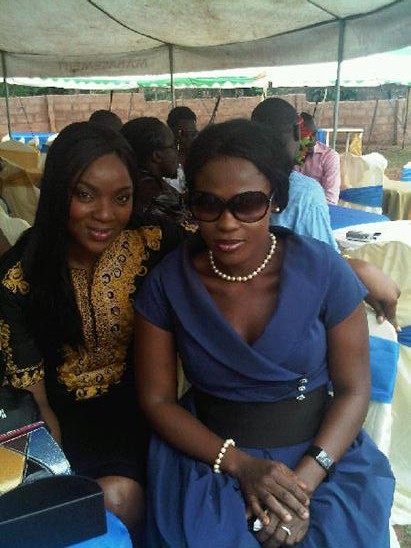 For more scoop on the wedding and other Nollywood scoop, check out Tansali.com
Additional Photo Credit: Uche Jombo

Stars, Phones & TV at De Marquee: Photos from the Relaunch of DSTV Mobile in Lagos