Big Brother Africa All Stars Begins! Meet the Housemates & Find Out Their Secrets 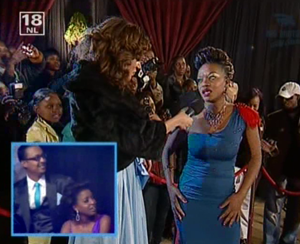 Last night in Johannesburg, the 5th Season of Big Brother Africa – Big Brother Africa All Stars kicked off with a bang.
Every BBA fan had been wondering which of their favourite housemates would be back in the house and they got their answers last night!

Host IK introduced the show while Eku Edewor of Studio 53 Extra was on the red carpet to welcome all the ‘star’ housemates. International superstar, Sean Paul was also on stage ready to bring the heat with performances of some of his biggest hits.

Before the show kicked off in full force, IK (dressed in his  swimming shorts) gave a tour of the deluxe Big Brother Africa All Stars house and then we jumped right back into the show with Sean Paul who performed for the cheering crowd.

Next up was the arrival of the housemates, Mwisho was the first to hit the red carpet. He definitely looked different! With his shaved head (Other than a patch of hair at the back of his head) and a full beard. One after the other the housemates arrived, each bearing different tales of life after their previous BBA stint.

Munya has a son; Meryl dated Kweku for a ‘long time’ after BBA; Tatyana has ‘no ill feelings towards Richard; Sheila has her celibacy ring on so ‘no hanky panky’ this time and the list goes on.

Watch the BBA All Stars Arrive on the Red Carpet

They all proceeded to their new ‘home’ got settled in! Sean Paul even got caught up in the excitement and followed the housemates to the house for a little while. While he was there, Tatiana already pitched her singing career and the possibility of getting a record deal to him!

So far, the house has been quite interesting already. Mwisho and Yacob already started ‘saving'(hiding) alcohol, Yacob is flirting with the ladies (well, he did say he was out to find love!) and this morning, the housemates were woken up and shocked by the invitation from Big Brother to submit their first set of eviction nominations!

We’ll be bringing you updates on BBA All Stars all through the season. Read all about the housemates and the secret challenge below.

The Secret Twist
This Season, the Housemates have all entered the Big Brother House carrying a secret, which they have told to Big Brother, and now you, the audience. There are 14 housemates, and 14 secrets each worth $1000.

It is the task of each and every one of the Housemates to find out what the other housemates’ secrets are, although this is neither obligatory, nor compulsory. As a small incentive, when one finds out another Housemate’s secret, they automatically acquire all the cash in their Vault.

They may not simply tell the other Housemates their secret, as this will result in penalties, and the loss of their $1000. Cryptic hints will be supplied to help Housemates uncover each other’s secrets. 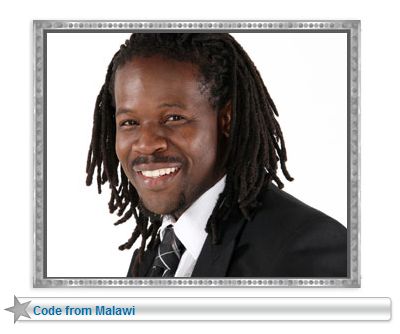 Code
Age: 34
Hometown: Blantyre
Occupation: Radio DJ and Advertising
Biography: You might remember Code from BBA 2 as the guy who will always regret replacing Tatiana. This time around he promises double the fun and a serious shot at winning tasks and avoiding “the whole beef situation”. He admits to being a charmer, but says his temper still trips him up. 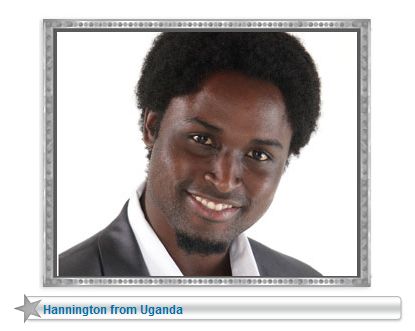 Hannington
Age: 24
Hometown: Kampala
Occupation: Business Owner
Biography Stepping out of the Revolution, Hannington believes himself to be a free spirit, sometimes impatient, but a man who makes things happen. He reckons his fans didn’t get a chance to really get to know him last season, so this time he plans to “give you me to the end” . 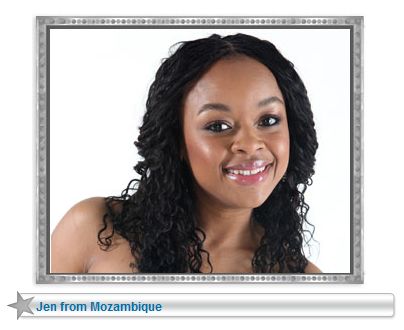 Jen
Age: 23
Hometown: Maputo
Occupation: International Politics Graduate
Biography Jen, who describes herself as optimistic and caring, went down in history as the 1st Housemate to leave voluntarily. Although her Revolution stay was short, she relishes a 2nd shot and plans to buy a house if she wins. She lists racism, waiting and dirt as her pet peeves. 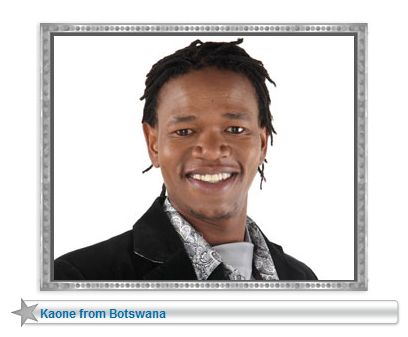 Kaone
Age: 26
Hometown: Gaborone
Occupation: Radio Producer and Features Presenter
Biography: In the Revolution, Kaone was known for his creative, artistic outlook. Not a fan of “judging a book by its cover” he feels this “makes one miss the gold. . . ” This season he plans to be the last man standing and not to make a big meal of small things. 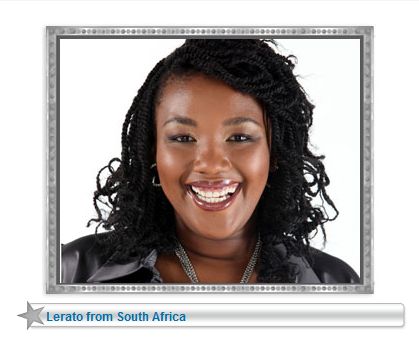 Lerato
Age: 26
Hometown: Johannesburg
Occupation: Public Relations, Business
Biography: Lerato was last seen on Big Brother in Season 2. A fierce and fiesty party starter, she plans to play an interesting game and to get and to show what an “unpredictable fire- cracker” she can be. She admits to being temperamental but will try to choose her battles carefully. 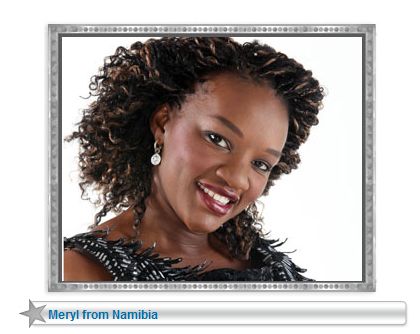 Meryl
Age: 24
Hometown: Windhoek
Occupation: Event Organizer
Biography: Outspoken and one who doesn’t mind people talking about her, Meryl is a memorable face from Season 2. This Season she is bringing “drama and intrigue” to the House to prove she’s a “whole lot of woman! ” Meryl is a good listener, but admits that she trusts others too fast. 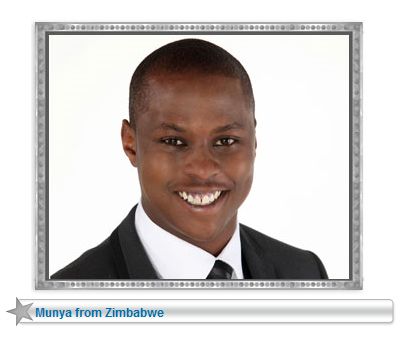 Munya
Age: 24
Hometown: Harare
Occupation: Film Maker and Actor
Biography: “Lets make history” is Munya’s favourite quote for good reason. He made an impression during Season 3 and plans to use this Season to reconnect with his fans. He doesn’t find lies funny and cowards make him angry, while his ability to read people is a special talent. 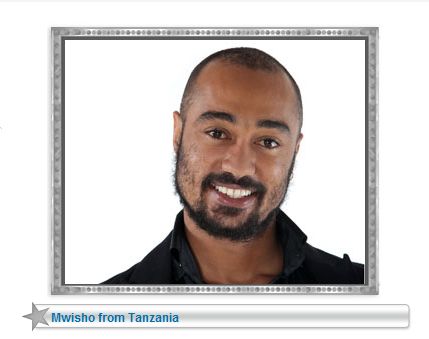 Mwisho
Age: 29
Hometown: Morogoro
Occupation: Public Relations, Business Owner
Biography: After a lengthy stint on Season 1, Mwisho returns to Big Brother 7 years later. His special talent is that he never gets bored or irritated because there is always something better to do. He likes being happy and is not impressed when people equate money to happiness. 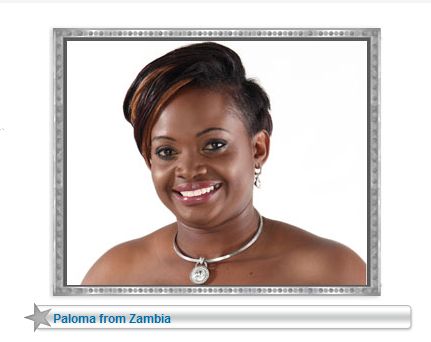 Paloma
Age: 26
Hometown: Kitwe
Occupation: Sales Consultant
Biography: Paloma made waves on the Revolution, now she’s back and acknowledges that although she is a nice sweet person, she can also be mean. She doesn’t like uncleanliness, laziness or when the toilet seat is left up, and plans to “turn the tables upside down” this Season. 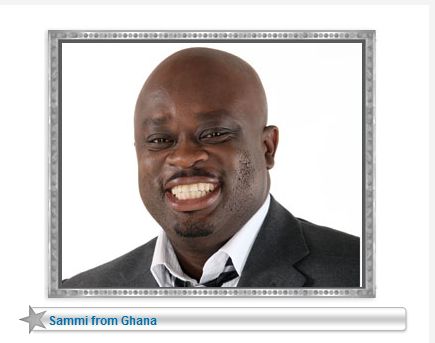 Sammi
Age: 35
Hometown: Accra
Occupation: Musician & Broadcaster
Biography: A first Season Housemate, Sammi, says he is amicable and friendly but gets angry when someone tries to “make me look stupid. ” This musician has completed his debut album and asks audiences to keep their fingers crossed for exciting viewing this time round. 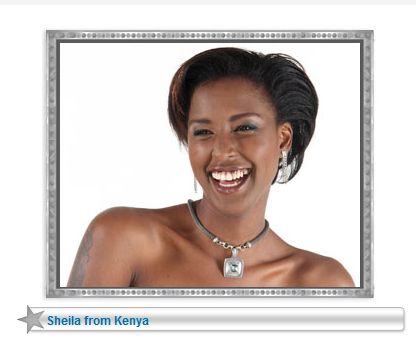 Sheila
Age: 25
Hometown: Nairobi
Occupation: Writer, Director and Actor
Biography: Season Three’s Sheila plans to be as smart as possible this time. She’d like to try her hand at conspiracy and is looking forward to sticking around beyond the first eviction. She’s good at making others feel good about themselves, but doesn’t like people without ambition. 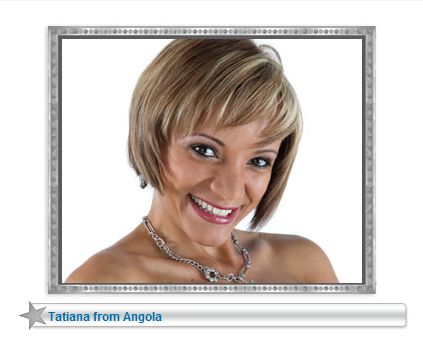 Tatiana
Age: 29
Hometown: Luanda
Occupation: TV Presenter, Actress, Model
Biography: Everyone remembers Season Two’s Tatiana. Well, she’s back to play a stronger game and to thank her fans for being there for her. Tatiana loves passion and dislikes jealousy and audiences should keep an eye on her this Season because she is real, fun and original. 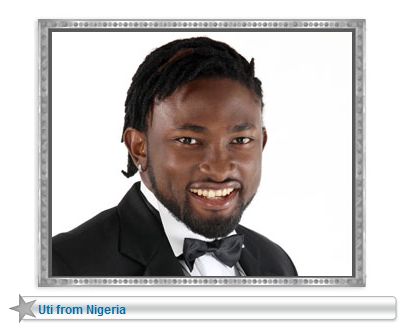 Uti
Age: 27
Hometown: Lagos
Occupation: Actor, TV Presenter and Model
Biography: Full of surprises, Uti describes himself as understanding and admits to talking too much when excited. He hates it when “people try to list your faults even though they have their own! ” This Season he plans to show the audience who he really is, and take another crack at the cash. 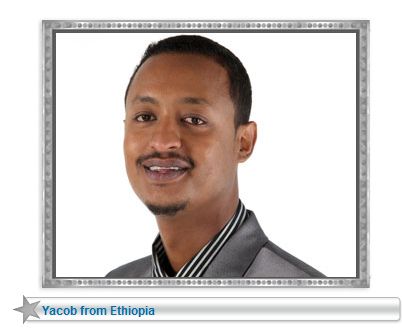 Yacob
Age: 28 (Editor’s Note: Is this a football age? Not buying it!)
Hometown: Addis Ababa
Occupation: Family Business
Biography: Introvert Yacob asks the audience not to judge him too quickly on his stint in the Revolution House. His new strategy is to diversify and be cool, without picking alliances. He dislikes negative people and loves those moments in life that are filled with “unintentional humour”.