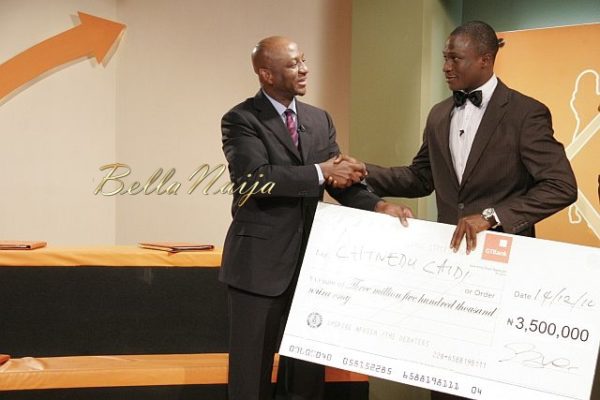 After thirteen weeks of non-stop action, and the thrill and rush of powerful, no-holds-barred debates, The Debaters: Season Two, has finally come to an end with Chinedu Chidi, the Young Statesman, emerging winner.

The search for the Debater of the year 2010 started across Kano, Port Harcourt, Abuja, and Lagos with a series of auditions. It was a long, hard and exceptional search and after the regional and national auditions, fourteen Talkmates emerged.

On September 18th 2010, the fourteen Talkmates moved into the Talk Academy, but they were still a long way from their destination. Thirteen weeks of non-stop verbal warfare, and eight evictions later, the Super Six – Femi Adelayo, Ibipo Salami, Olumide Gbadebo, Arit Okpo, Chinedu Chidi and Ajibola Ibaru – were left standing to battle to the finish.

The final debate, “Africa is the lifeline that guarantees the survival of the West”, was a blend of articulate and ingeniously delivered speeches, and was indeed a tough battle, at the end of which Chinedu, the Young Statesman, beat his five other eloquent Talkmates, and bagged the highly coveted title: Debater of the Year 2010. Inspire Africa was honoured to receive Mr. Tayo Aderiokun, the Managing Director of GTBank and Lola Odedina, the Head, Communications & External Affairs at GTBank at the Grand Finale of The Debaters, who despite their busy schedule, made out time for the event.

There was an avid followership of the second season of The Debaters, and comments poured in through facebook and twitter. Viewers also voted via text messages to make sure their favourite talkmate walked home with the final prize.

The Debaters, of which Mo Abudu is the creator, is an innovative show that presents credible, coherent, engaging, educative and informative debates by adults that address topical issues in our society. The Deabters is the first television show designed to effectively showcase the almost-lost-art of debating by treating it with the seriousness that it deserves, whilst also enhancing its entertainment value.
GTBank is the headline sponsor of The Debaters, and has shown once again, that it is synonymous with innovation, building excellence and creating role models for society.

Support for The Debaters was also received from organizations such as the British Council and the United States Consulate General / IRC. Other sponsors include – Veda Technology, GTAssurance, Sweet Sensation, Mobos Fashion, Pan African University, and Mandilas Ventures. 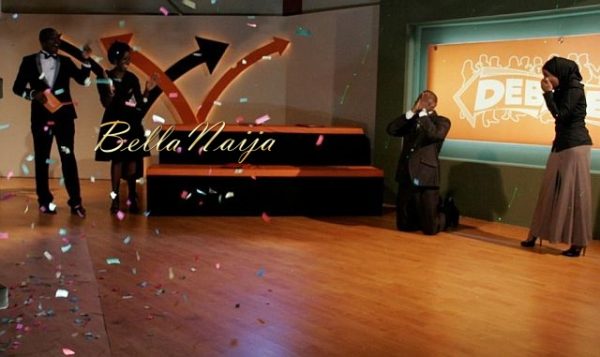 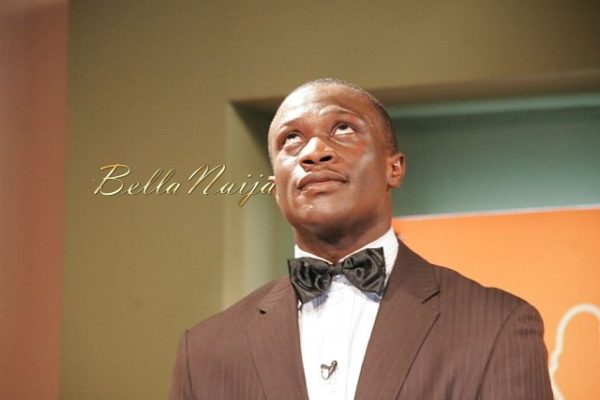 Reflecting on his win 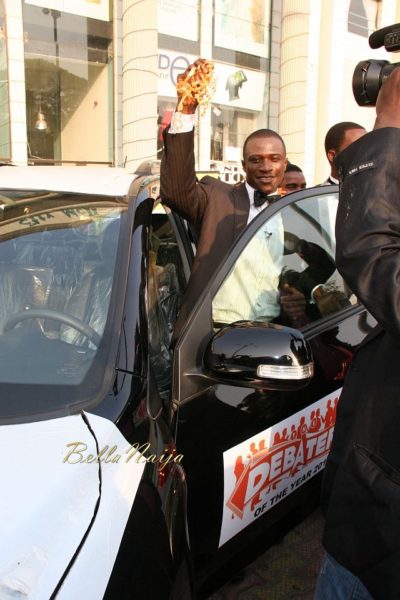 Chidi with his brand new RAV4

Omoni Oboli, Mercy Johnson & Ini Edo bask in the limelight at the 2010 Best of Nollywood Awards