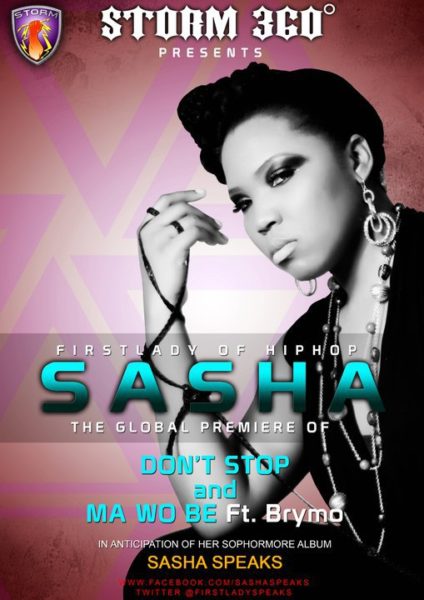 2010 ended on a high note for Nigerian rapper, Sasha. She became the first Nigerian female to win the Best Female Award at the 2010 MTV Africa Music Video Awards which took place in Lagos. She also performed all around the continent including a special concert during the 2010 World Cup in South Africa.

For Sasha, 2011 is all about the music! She will be releasing her long-awaited sophomore album “Sasha Speaks” in March 2011.

Here are two brand new singles from the album – “Ma Wo Be” featuring Brymo (of “Oleku” fame) and “Don’t Stop“.

Check out both tracks below.

Listen to Sasha feat. Brymo – “Ma Wo Be”
[audio:https://www.bellanaija.com/wp-content/uploads/2011/01/Sasha-feat.-Brymo-Ma-Wo-BeGlobal-Premiere.mp3]