Failing Your Way To Success

The greatest desire of every human being is to attain success in every aspect of their life; be it in the home, in one’s career, academics, finance and other areas. Everyone wants to do well. However, one common factor that both the rich and the poor have in common is the ability to fail. Every one is bound to fail in something in life.

But you can choose how to react to that failure. Whether you get up, clean yourself up, move on and try to achieve something substantial, or you decide to stay behind to lament and mourn over lost glories, is what makes you who you are today.

My main reason for writing this article is to help you get up and move on after a downfall; help you realise your hidden potentials and maximise them in order for you to be successful. It is to help you to fail your way to success.

Abraham Lincoln is a practical example of someone who failed his way through life. He was a man born from a poor family, a man surrounded by sorrow. Lincoln’s mother died at age 9, his elder sister died at age 20 during childbirth, his first love Ann Rutledge died, his son Edward died of tuberculosis, and his other son Thomas died of heart failure. His life shows that you can’t control where you start but where you end. Lincoln ended up being who many people consider best President of America because of the abolishment of slavery and other deeds. Many great men and women of course, are made from troubles, problems and sufferings they go through.

A popular Nigerian adage says “Wetin no go kill you go make you stronger”, that is, if it does kill you, it strengthens you. However, many of us don’t want to strive or suffer to get to that point of ecstacy. We all want a smooth road without challenges. In my opinion, there is nothing like a smooth road in life. I think one of the most essential things we lack is patience. We are never patient enough to realise and make our dreams come true. Let me share a story with you: A man spent millions of dollars buying equipment for digging gold in a particular area of land which he also bought. He dug, and dug, but still didn’t find the gold so he finally gave up, sold all the equipment and the land area which gold was meant to be to another man and went on to another project. But the new owner began to dig and surprisingly gold was found 4 inches away from where the other man had stopped digging. He made millions of dollars from it. The first man lacked patience. Patience is one of the key factors for a successful life.

One man I admire for his patience and persistence is Les Brown, an African-American motivational speaker. I was lucky to hear the story of this great man when he came to Nigeria for a seminar. Mr. Les Brown’s life is more complicated than most of you reading this, and indeed myself as well. Brown and his twin brother Wesley were dumped by their biological mother on the streets, but a woman picked them up and took care of them. Les was always called the dummy twin, even nicknamed ‘D.T’ because Wes was more brilliant and more friendly. One day Les’s teacher asked him a question and he couldn’t answer; all his classmates started shouting and telling the teacher, “No sir! He’s not the brilliant twin, he’s the dummy twin,” and Les said to the teacher “Yes, I’m the dummy twin” and the teacher replied, “People’s opinion about you shouldn’t be your reality”. This stuck with Les and from that day on he realized he could shape his own destiny.

Now Mr. Les Brown is a multi-million dollar motivational and inspirational speaker & author of books like Live Your Dreams, the famed audio book, The Power of Purpose, and It’s Not Over Until You Win: How to Become the Person You Always Wanted to Be, No Matter What the Obstacle. Mr Les Brown is a man that I would say failed his way to success. It doesn’t matter how bad academically you are nor how finacially unstable you are now nor how dumb other people consider you to be. Success is on the way, so far you continue and strive to be the best in whatever you do because your failure is the failure of millions of people.

How can we help ourselves become better, you ask? 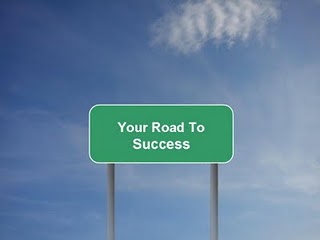 Some say life is too hard; here’s my advice to them: ”I believe that life is a journey often difficult and sometimes incredibly cruel, but we are all equipped for it only if we tap into our talents and gifts and allow them blossom”.

On the road to success, age is not a factor because you are never too old or young to set another goal or dream a new dream. An example is Ted Williams, a 54 year old man found on the streets of America. ‘The Man With A Golden Voice” got a video of himself speaking on Youtube and today he has done several voice-overs for American TV shows. At the moment, he is struggling with addiction, but hey!, the road to success isn’t smooth, and our choices do have consequences.

Gender is not a factor if you do not define your goals by your gender. If you are a woman and you believe it’s a man’s world, it’ll continue to be because you already have that mindset. A great example to look up to is Oprah Winfrey. Who would have thought that an African-American woman would rise to global prominence? She’s one of the richest women in the world and moves with likes of the Obamas and the Clintons.

Religion is not a factor. Neither is height. A local example is Aki & Pawpaw, the Nollywood acting duo. They’ve managed to succeed in the Nigerian movie industry irrespective of their height.

Disability is not a factor – Stevie Wonder and our very own Cobhams Asuquo are practical examples. They were born blind, but that didn’t stop them from getting what they wanted out of life – solid careers and building families of their own.

Beauty is not a factor. Some complain, “I am not beautiful/handsome. My eyes, ears and nose are too big,” etc. Such people are not going to move forward because they believe they are not presentable.

Life is all about risks and risks are also meant to be taken to be successful at times. Remember life would throw things at us that seem rather unfair, but you can fail your way to success by maximising your goals and doing everything you possibly can to walk the path of success.

See you at the top!

Bio on Damilare Aiki:
Damilare Aiki is a 17 year old graduate from Airforce Secondary School, Ikeja. He lives in Lagos State and is currently interning at BellaNaija.com. He recently gained admission to the University of Lagos to study Medicine and Surgery.  His hobbies are travelling, writing and meeting exciting new people. He is a social, friendly and hardworking young man and has been a welcome addition to the BellaNaija team.
Related Topics:Bn Inspired!Damilare Aiki
Up Next

A Place For Number 2?