BN Exclusive: Superstar Comedian Basketmouth - the Musician? Listen to his first single as ODDZ "Where You Dey" feat. Wizkid & eLDee 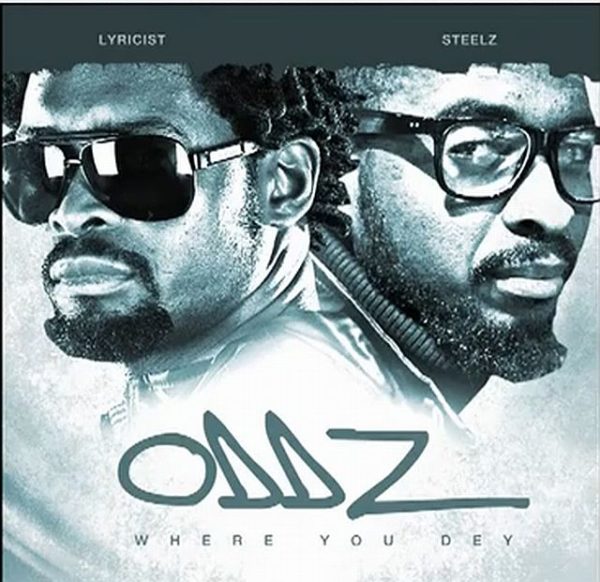 No, today isnt April 1st and this is not an April Fool’s Joke.
Comedian Basketmouth is hitting the music scene in 2012 and BellaNaija.com has the exclusive scoop.
Listen to his first official single and read all about his foray “back” to music.

If you call him- Mr. Multi-talented you might be right – He raps – very well at that, he is a Comedian and finally a Compere extraordinaire. Some have even come to refer to him has the Crown Prince of Comedy; whether that’s a right assertion is a topic for another day. But we can tell you for a fact that he is good at his job.

The new deal with him right now, is that he is remembering what majorly brought him to the entertainment scene in the first place-Music. He had fallen madly in love in the 90’s with Rap Music better known now has Hip-Hop. His many influences or inspirations then were the likes of Wu Tang Clan – made up of the likes of Method Man, Ghostface Killah, RZA, Raekwon, GZA, Ol’ Dirty Bastards, Inspectah Decks & U-God, Buckshot and many others.

He took his love a step further by collaborating with his elder brother-Godwin and a few other friends to form a Rap Group they named-The Psychopaths made up of 8 members, they experimented in the studios bringing all the 8 elements together, but never released an Album or any of the singles.

While Godwin & Bright who later became popular by his moniker-Basketmouth got admitted into University of Benin, the other members of the Psychopaths went their different ways, thereby putting a temporary stop to their group. Bright & Godwin continued at Uniben and formed an affiliate group which later collaborated with the likes of Faze of Plantashun Boyz, Dare Art Alade & others, but like before they didn’t release any single or body of work.

Recently Godwin who had gone on to live in the UK with family came to Nigeria and out of fun, both brothers decided to enter the studio and see what they could make of their latent talent, they had a collaboration with Eldee D Don & the Prince of the moment-the one & only Wizkid and what they came up with is titled- Where You Dey?

But the main deal-the full body of work, a complete album at that is now in the works. Tentative release date is sometime in April of 2012, and both brothers are collaborating with Africa’s pride Tuface, the one & only Egberi Papa 1-Timaya, Dare Art Alade, Davido, Terry D Rapman, Flavor, Nigeria’s number one lyricist-Mode 9, OD & many others.

Not to worry at all, Basketmouth is not retiring from comedy, he is only giving a voice to a talent he had always toyed with, to see how the people would accept or view his 1st love- RAP MUSIC!