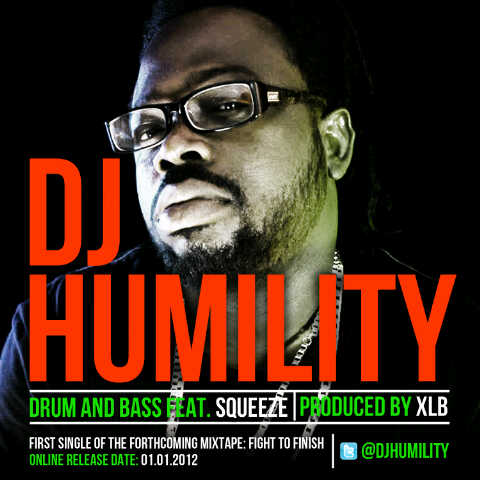 One of Nigeria’s premier DJs, DJ Humility (Real Name: Benedict Afagwu) started making waves when he clinched the 1st place position at the Benson & Hedges Dj Championsip in the early 2000s. Since then, DJ Humility who is the official DJ for Rhytyhm 93.7FM in Lagos, has performed at some of the biggest concerts in Africa and is currently working on breaking into the international music scene.

His brand new single, “Drum and Bass” is the first single off his “Fight to Finish” mixtape which will be released in 2012.

According to the official press release, “Drum and Bass” is a dance inspired song which was produced by XLB and features Squeeze.