One website that has become synonymous with online job applications in Nigeria is. www.jobberman.com. Launched in August 2009, the site is unique in its user friendly outlay and a wide range of job opportunities in almost every sector of the economy. From fresh graduates, to mid-career opportunities, to top executive positions, jobberman.com has rich content that caters to various needs.

According to alexa.com, Jobberman is ranked the fifth most visited site in Nigeria and receives 5,000 job applications every day. It was recently rated the 8th tech start-up to watch in Africa this year by Forbes magazine and is acclaimed as West Africa’s most popular job search engine. It is currently the top choice for employers seeking to put information of vacant positions on the internet and for job seekers searching for new jobs.

The brains behind Jobberman – Opeyemi Awoyemi, Olalekan Olude and Ayodeji Adewunmi speak with Adeola Adeyemo in this exclusive interview on the ‘Jobberman’ story.

Opeyemi Awoyemi, 24,  Olalekan Olude, 28, and Ayodeji Adewunmi, 28, are the three young men who have carefully harnessed their ideas and skills to bring the ‘Jobberman’ dream into reality. Graduates of the Obafemi Awolowo University, they met as undergraduates and sustained a friendship in school, which has evolved into a profitable business relationship. While Opeyemi and Olalekan studied Computer Engineering, Ayodeji studied Medicine but the Doctor says he is “passionate about building, monetizing and engaging online content, users and platforms.”

According to Opeyemi, Ayodeji whom he met in his second year in the University was really forward looking and knowledgeable. “Here was a medical student talking non-profits, business and making impact. He was very humble and ironically had no modesty of ambition. I loved that in him and we ended up doing lots of stuff together before Jobberman.” But he didn’t initially start off as friends with Olalekan who was his coursemate. “Ironically, we were never close as clasmates but we became friends and brothers on a business level. We’ve got this hate-love relationship of being each other’s devils advocate.”

For Olalekan who was Opeyemi’s coursemate, they hardly did stuff together in school. “We only respected each other based on our business acumen” he said. “We got together at some point due to a business deal and we’ve been together since then. Now, I am his elder brother from another mother.” However, he refers to Ayodeji as someone who has helped him make some important decisions in life. “Deji was once my school mentor when I realized that I was hitting a celling in my networking career. He helped shaped some of my life changing decisions and we’ve been close ever since.” 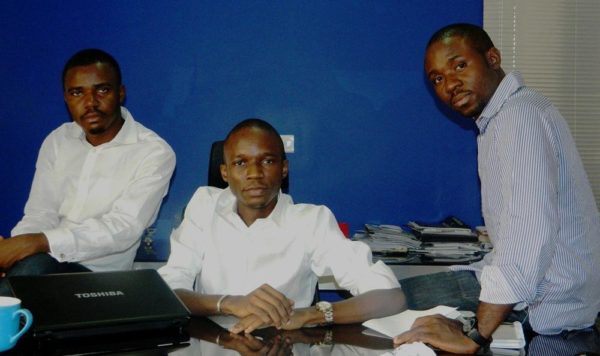 Ayodeji, on the other hand describes Opeyemi whom he met in 2006 as a “partner friend and brother. I’m blessed to be on this journey with him,” and Olalekan whom he met in 2007 as “his go-to person for getting things done. He is a process guru and has the work ethic of an ant.” 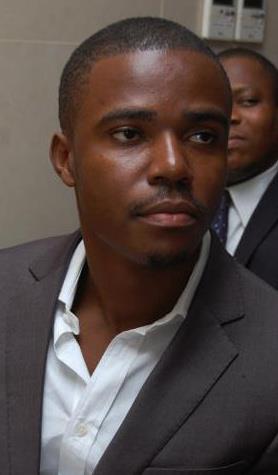 Before starting Jobberman, Olalekan and Ayodeji had a bit of work experience at other firms. “Well, I have worked all my life. I’ve been working since 2001 and I have always had one project or the other to work on at any given time. I also interned at Goldman Sachs over a space of 3 years,” said Olakekan.

Similarly, Ayodeji has “worked on a number of profits and non-profits projects and had a short stint at Goldman Sachs.”

But for Opeyemi, he has always had the enterpreneural spirit even as an undergraduate. “I started Jobberman as an undergrad in OAU. I have previous experience running businesses but I have never worked for anyone in my life.”

The Jobberman concept was originally Opeyemi’s idea and after he sold it to his friends, they immediately bought into it. “The idea came up while in my third year internship. I shared the idea with a few friends and coursemates and we discussed passionately about it. I bought the domain jobberman.com and put up a first version online. In my fifth and final year, during an industrial strike, Ayodeji and I exchanged just four text messages on making this idea a real business and we formally launched Jobberman.com in August 2009.”

According to him, Jobberman Limited trading as Jobberman.com currently has a team strength of forty people and is about jobs, jobseekers and employers. “We are bridging the gap. We intend to be the number one source of jobs related info to all Nigerians as well as be the biggest and most profitable online business in the job space.” He added that they’ve had over 500 advertisers and affiliations with other companies.

At every point in time, the site has an average of 1000 job openings and up to 200,000 unique visits per month. But aside from advertising for job vacancies, Jobberman has a unique approach to helping people get their dream jobs by asking them to submit their CVs in order to link them up with prospective employers.

“We get two job applications every minute (as at November 2011),” Opeyemi said. “Just to be clear. These CVs reach the company or recruiter’s accounts. It has recorded successes on all fronts. Companies pay to post jobs with the aim of hiring people. So someone gets hired from the pool of applicants. It’s that simple.”

To buttress his point, Opeyemi talks about testimonies from two people who got their dream jobs after signing up on the site. “Two testimonies in particular come to my mind anytime and we have even gone ahead to get these two to record their testimonies on video. An expatriate who arrives Nigeria and signs up on Jobberman and she gets her dream job close to where she lives. And a guy who gets a job interview in just three day after signing up and lands the job that same week!” 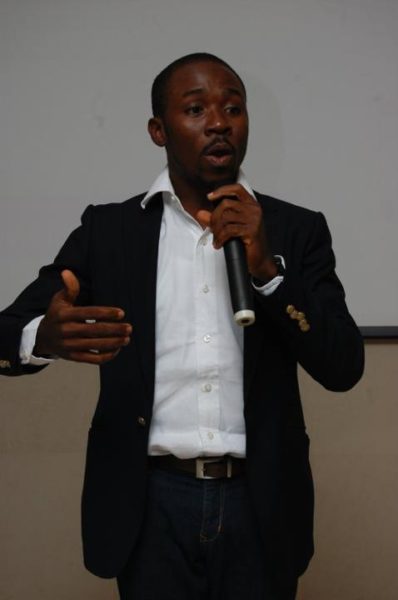 Working As A Team

Running a company in partnership with others is sometimes a difficult task. However, “we were just the perfect fit” is what Olalekan has to say about working with his team members. “We’ve always handled different roles in the business. Someone had strength where others had weakness and we respected each other’s opinion when it comes to that. Our argument has been always been objective and we try not to take it personal and that has seriously helped us.”

For Opeyemi, his skills are in the area of technical, design, and usability. “At Jobberman, I oversee marketing, product development and intrude into the technology team’s work once in a while. My core strengths are in graphics and web design, online marketing and product development. So I lend my technical and creative ideas to everything that happens at Jobberman.”

Olalekan on the other hand oversees the sales and operation teams. “My core strengths are more in processes and recently, B2B sales. My finance skill has also helped me in planning and forecasting.”

Ayodeji has good networking and strategy skills, “I’m accountable for increasing shareholders’ value and ensuring we build the ultimate marketplace for jobseekers and employers in Nigeria. Much of what I do is focused on corporate strategy and business planning.”

But Opeyemi concedes that “We argue a lot, but we have always disagreed to agree.”  Ayodeji sums it up this way. “We have complementary skills and complementary temperaments and respect one another view points.”

However, from the time they started running the website till now, the three of them agree that they have been on a “learning curve” and have grown over the past five years. “I had to learn how to manage teams, work with process flows and structures, how to focus, and lots of stuff I wouldn’t want to mention. We’re still learning, growing and innovating. I have never done this before, the things I will do next month, I’m sure I have never done them before too,” said Opeyemi.

Olalekan says he has had to read hard and fast but “so far, the knowledge paid off and it’s been fun all the way.” Ayodeji describes his experience as “sweeping” adding that “we still have a long long road ahead.” 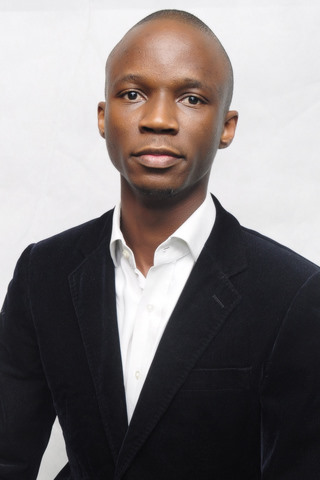 Judging by the performance and rankings of the site, it’s obvious that the three have been doing their jobs well. As one of the most popular and most visited job website in West Africa, Opeyemi attests that they receive “loads of appreciation messages from people who have used our site and gotten jobs from it.”

In terms of their clients, Olalekan claims the site has had a high retention rate their clients have been very happy with their service. “We court some of the biggest companies in the industry.”

Nevertheless, this brings its own set of challenges. As traffic on the site is constantly on the increase, they have been faced with the challenge of meeting up with the server capacity and have had to upgrade the server often.

The Nigerian economy in its peculiarity also poses another challenge for the team. But Opeyemi is dogged in the face of these challenges. “This is Nigeria, it’s not easy. But frankly, these are exciting times to live and build a business in Nigeria. I would do it over and over again. Nigeria is what the economists will call a frontier market. There is no better place to do business.”

On the other hand, getting recognition and acceptance from Nigerians and would-be customers has been another challenge for them. The epileptic power supply and inadequate payment systems has also been a source of concern.

But despite all these, they have forged ahead and now sit at the top rank of the most visited websites in the country. Opeyemi is very modest when attributes their success to God.  “We understood the internet, we knew what people wanted, we tried not to be mediocre, we had clear goals and we had God and luck on our side.”

As the conceiver of the ‘Jobberman’ dream, Opeyemi has defied pessimists who say that it is impossible to build a successful business in Nigeria. He stands out as an entrepreneur of repute and is has a wealth of advice for young business start-ups.

“My advice to upcoming entrepreneurs is embrace it, yearn for more knowledge. Focus and be realistic. Have clear revenue goals and bootstrap where necessary. Also, understand that failure is not a bad thing after all. You can fail and move on to the next big thing on your mind. And especially to Nigerian entrepreneurs, don’t be lazy and fearful. Start now.”