From Oil City to Book Central! Port Harcourt is Selected As UNESCO's Book Capital of The World in 2014

Earlier this year, PortHarcourt emerged as the UNESCO book capital of the world. The bid was entered by a non-profit organization called the Rainbow Book Club. Winning that title makes us the first sub-saharan country to win such a bid. Richard Ali, writer and lawyer writes this piece on behalf of the Rainbow Book Club. 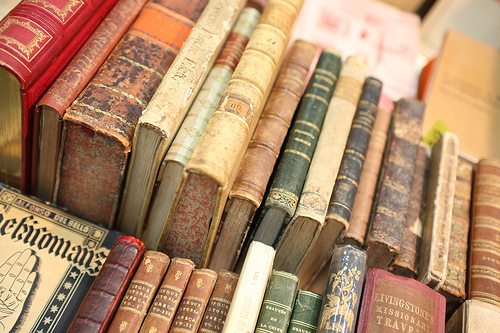 The square white plastic table around which our chairs were arranged went quiet.

Picture the place—my favourite bar, nestled 3800 feet above sea level in the city of Jos, Nigeria. Sankara’s Bar is a converted train, built originally by the Leeds Forge Company in 1922, painted a severely efficient British green decades before I was born. Today, lovers of cold beer rendezvous in the cabins themselves or beneath the shade of dogonyaro trees beside the hulk of the train. Being located in the museum complex, Sankara’s Bar quickly became my preferred place for leisure meetings. My friend, Billi Gains, had joined me that day with two people in tow, and after a few sips and exchanges, one of the strangers asked what I did. The silence at my reply was that deep, improbable one.

Billy then said: “Don’t mind him, he’s really a lawyer.”

The difficulty dissipated and we went on with our small talk.

The announcement of the city of Port Harcourt, Nigeria as the UNESCO Book World Capital 2014 brings that silence to mind. It had bothered me since then in truth. Why could one not really, emphasis here, be a writer? Why did my friend, aware of my writing, feel he had to save me from losing face by introducing me as a lawyer? Having spent some time thinking about these questions, I realize it is all closely related to the successful UNESCO bid, submitted by the Rainbow Book Club in June 2012, which saw the cosmopolitan capital of Rivers State beat famous cities like Oxford, Lyon and Vilnius. In the Nigerian manner of turning aphorisms into clichés by sheer reiteration, the saying about keeping a secret from most people by hiding it in a book has been so repeated as to have become a Nigerianism. It has been used with a tone of concern, with a sneer in the voice, with smug condescension, by ministers, secondary school students, and even by the vendor trying to sell just one more newspaper at the corner of Wuse market. Regardless of the motive behind these usages, no one considers this state of affairs as a happy diagnosis. I do not think so either. It is, in fact, an indictment.

UNESCO and the international organizations representing the three major sectors of the book industry—the International Publishers Association (IPA), International Booksellers Federation (IBF) and the International Federation of Library Associations and Institutions (IFLA)—select the World Book Capital for a one-year period, effective 23 April each year. This initiative, in addition to the celebration of World Book and Copyright Day, represents a collaborative undertaking by key stakeholders in the publishing world and cities to promote books and literacy. Port Harcourt was chosen as the World Book Capital for 2014 “on account of the quality of its programme, in particular its focus on youth and the impact it will have on improving Nigeria’s culture of books, reading, writing and publishing,” according to the Selection Committee. Regarding Port Harcourt’s win, the Director-General of UNESCO, Irina Bokova, said: “I wholeheartedly endorse the commitment of Port Harcourt to support literacy through the activities organized for the year.”

I was happy to hear of the success of the Port Harcourt bid especially because I had read the bid document, an elegant 23-page write-up, which set out how a successful bid would benefit not only the city of Port Harcourt, but also Nigeria as a larger geography, and Africa in general. But perhaps the first great significance of the Port Harcourt bid is the massive and positive media coverage that followed—just about every newspaper in Nigeria ran the story of the win, many rendering it as a Great Victory, and the beating of Oxford was especially noteworthy, even for the BBC. And what was that victory for? It was for books, books & more books! Perhaps no other event, not even the recent Bring Back the Book campaign of the Federal Government, has situated the written word so highly in the public perception of Nigerians as this win. While The Guardian, the conservative and widely-read Nigerian newspaper, went to press with the headline “Port Harcourt wins bid as World Book Capital”, the popular youth-centred news website YNaija ran with the gleeful “We beat Oxford! Port Harcourt is UNESCO World Book Capital 2014”. The idea of a pugilist victory was furthered in national terms by a local news service stating that Oxford, no doubt in the sense of being the flower of Britain’s intelligentsia, had lost out to Nigeria! The reason for this excitement is, of course, the fact that the English language, my country’s official language, as well as Western Education, largely in English, together with its tool, books, came directly from Britain during the colonial relationship. In popular opinion, Port Harcourt’s win had shown that Nigeria had bettered a British bequest so well that it now could stand a head higher than Great Britain. Regardless of the rotational nature of the World Book Capital designation by UNESCO, it is our success at this post-colonial matchup that has aggrandized writing and books in the public mind and space.

In the next few months, this momentum, if we can call it that, will be built on by the Rainbow Book Club which sponsored the bid and its committed partners—the governments of Rivers State where our new global capital is located, and the Federal Government of Nigeria which enthusiastically supported the bid. A theme-song competition is planned in which children, that crucial demographic, will send in their submissions which would be sung by popular Nigerian music stars and publicized in the course of the year 2014. Funding has also been approved in principle for a Garden City Library Complex to be built in Port Harcourt which would include a bookshop, performing arts theatre and a library—this alone will change the artistic map of Nigeria, orienting the country towards our third great cosmopolis, Port Harcourt, and away from the noise and urban stresses of Lagos, the business capital, and of Abuja, the rather austerely designed political capital of Nigeria. Of particular delight is the Meet the Author literary readings planned, in which authors will interact with an audience of book enthusiasts, get to read from their work and answer questions, and generally add to a discourse about books and writing in Nigeria. Even the 7th Garden City Literary Festival, already one of Africa’s most high profile book festivals, will be incorporated into the activities marking the year 2014 when Port Harcourt, the Garden City, will be the capital of the whole wide world—a books capital.

The sense of achievement in this win is seen at the popular level, but the significance of this win is even clearer amongst writers such as me. It is the primal significance of illumination, how a stand is made against the chaos of a world without words—so that I can introduce myself as a writer proudly. The core of Greek mythology is found in the stories of benevolent, Fire-stealing Prometheus; the Judeo-Islamo-Christian monotheisms locate the start of the human story in the creation of Light by the Deity. It is the same way that the year 2014, with this great victory, will hold up the book in the same manner as the Statue of Liberty’s torch to the world, the rays of the activities planned falling first on Nigeria, which surrounds the pedestal, and then rippling in happy, harmonizing words around Africa and then on to the rest of the world.