Taxi Driver who Returned N18million Forgotten in his Cab in 2007 gets N2.5million Reward from SEC 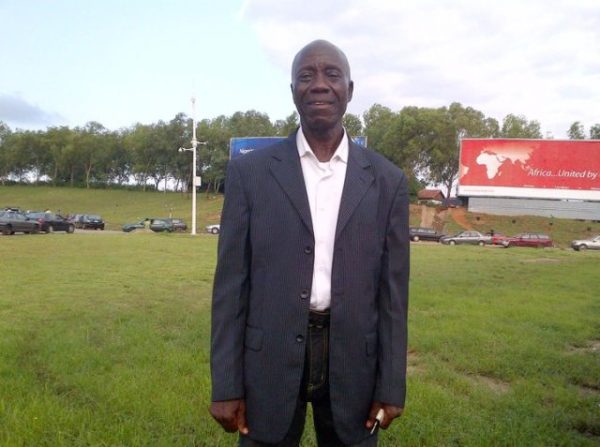 It might have taken 5 years, but he finally got a handsome cash reward.

In 2007, Imeh Usuah, a taxi driver at the Nnamdi Azikiwe International Airport, Abuja picked up some passengers from the Airport, two foreigners, and dropped them at the Hilton Transcorp hotel in Maitama area in Abuja. Unknown to the passengers and to him, they forgot a bag tucked underneath the seat which contained N18million.

He returned the bag with the money still intact to them at the hotel when he discovered it and since then, he has become some sort of overnight celebrity. However, despite the recognition and awards he has received for his honesty, this is the first time he will be given such a handsome cash reward for his action.

Mr. Usuah, accompanied with his wife, was awarded a plaque and N2.5 million for his honesty.

He had earlier been acknowledged and commended by different groups in the country. The 69 year-old taxi driver had received awards from the Nigeria Network of Women and the Economic and Financial Crimes Commission (EFCC). Also the National Orientation Agency (NOA) has given him an award and $200 for his honesty.

The Director- General of SEC, Arunma Oteh, said that the award was the commission’s contributions toward the promotion, recognition and reward for integrity.

“Usuah’s exemplary act of honesty and integrity had sprinkled a burst of refreshing dew upon the national consciousness,” Premium Times quoted her as saying.

In his response, Mr Usuah commended the commission for the gesture and devoted the award to the “unsung honest and committed Nigerians across the country.”

Interested In Fashion E-Commerce in Africa? This Lagos Fashion Week Session Is A Must Watch!