#NewLeadership Series With Chude Jideonwo: The ‘failure’ of #OccupyNigeria, and where we can go from here 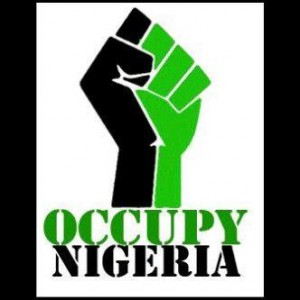 I am very proud of what Nigerians achieved this time last year, when we came together to fight an unreasonable government policy of fuel subsidy removal; we properly and effectively channeled our anger to highlight the issue of government waste.

As we mark the one-year anniversary this week, January 2012 made me proud to be a Nigerian, indeed to be alive at a time of uplifting active citizenship across the world.

There are people, especially in government, led ably by President Goodluck Jonathan who have dismissed the importance of that historic battle – crediting “failed politicians” from Bola Tinubu to Nasir el-Rufai for mobilising the people with “bottled water”.

As an entrepreneur who closed down my business and made some self-sacrifice to join hands across lines to drive that protest from Ojota to Surulere and Victoria Island; who personally secured the participation of a great number of those artistes who performed because they believed in the cause, I feel very insulted by the allusion that ordinary Nigerians who joined the protest were bribed with “bottled water.”

But, I can understand the perception. The leading lights of the protests were politicians, and when politicians get involved, things easily lose their meaning. Of course, it makes no sense to reduce a protest that involved Nigerians of every hue and stripe simply because the political opposition aligned with it, but in a paranoid Nigerian political space, I understand the push-back.

They looked at the thousands in Lagos, angry and screaming and they saw the opposition’s party vice presidential candidate, Tunde Bakare speaking to them, and our short-sighted, over-indulged leaders put two and two together – and arrived at 10.

True, Bakare was an imperfect, maybe even fatal, vessel for the aspirations of the protesters, unable to rein in his passions and overtly calling for the death of our leaders, but he certainly had earned the right to lead it. He provided a backbone of strategy and resources, and managed to build a broad coalition that went far beyond the agenda of his political party or his own narrow ideologies.

But as much as you credit him for its success, he also made the unfortunate call that broke the back of that historic movement – when he came on stage and gave in to the pressure to break up the protest for the weekend and re-assemble on Monday.

Go home and re-load for an Occupy protest? The people of Egypt and Tunisia must have thrown their heads back and laughed at the picnic we were having.

I don’t blame Bakare. Unfortunately, I make bold to say that retreat is ingrained in the Nigerian character. As I read Chinua Achebe make his justifications for why himself and his intellectual friends agreed that Biafra should surrender to the rampaging Nigerian forces and give up the hard-won independence for which more than a million had died, I came to that conclusion that we are a people defined by retreat, or as my former pastor put it, “the spirit of almost there”.

Bakare made his call for surrender last year because the people were ready to surrender, and Bakare is a politician, and politicians listen to the people. The people he was leading had begun to grumble on Facebook and Twitter and to murmur at protest grounds across the country. They wanted a break from the protest; they had become tired.

I was in the middle of that protest, working with friends and associates to mobilise young people, and indeed it was a cause for great agony. Colleagues at my office were eager to return to work, many had lost the financial and other resources that kept the appearances of a normal life while we protested. There had been reports of breakdown of law and order across the state as hoodlums held sway, and people were just frankly, tired.

Let me also share a secret that we don’t want those in government to know: the entire protest wasn’t dependent on our will to see the course to the finish, it was sadly dependent on our hope and prayer that President Jonathan would suddenly agree with us and then reduce the pump price and would quickly declare “mission accomplished” and go back to our familiar routines. When five days after we left our jobs, he hadn’t done that, and his body language portrayed a man who was convinced he was doing the right thing, Nigerians began to second-guess themselves. That was when we lost the battle.

Bakare made the popular call, that inadvertently signaled to the powers that be, that Nigerians were not really for a revolution, as it were, or even a change in approach to governance.

No advancing army facing a ferocious, and equally advancing enemy stops to break bread. And that was the end of that.

Let me quickly say on the subject of Biafra, I cannot even begin to understand the effects of war, and how devastating – dehumanising – it must have been for the Igbos and minority ethnic groups (of which I am one) caught in the borders of what would have been a new nation in those times. It is more likely than not that if I had been involved in that war, I would have sided with the majority and conceded. I would have chosen respite over freedom, and reason over justice. A living dog is, after all, better than a dead tiger.

Unfortunately, being “unreasonable” (and may I gratuitously affirm that this is said with all sense of responsibility) is the nature of revolutions, and of the fight of a people to define their nations. It is the fight the people of Syria are having as we speak; one that the people of South Africa continued to the finish, one that South Sudan has fought and one that those inspiring people of Egypt have refused to stop having until their leaders do exactly what the mass of the people desire to be done.

It comes at so high a cost, that only a handful of nations per civilisation are able to begin and stay that course. Honestly, I am unconvinced that Nigerians belong to that small circle of peoples with that capacity for no retreat, no surrender.

By way of explaining this, some Nigerians have then tried to justify our culture of retreat – maybe we do not need a mass revolt; everyone after-all cannot be Egypt – and probably they are right. You couldpoint to countries like Singapore and Malaysia and perhaps post-conflict Rwanda, and to some extent modern Ghana, and speak to quiet and steady economic transformation driven (in some cases) by popular democracy as the solid alternative to “needless” bloodshed and the sacrifice of life and limb.

That is a legitimate explanation. Unfortunately, it is neither here nor there. How do we fundamentally change our country if we will not do it by driving the fear of our collective anger into the hearts of our leaders?

There is no other choice – in the absence of a mass revolt, those who seek to drive change now need to fall back on incremental change; a collection of little drops of activity by different sectors of society that will eventually deliver what some have called the Flywheel Effect. This will involve a deliberate, sustained effort to move from business as usual in the way our country is run.

Unfortunately (maybe fortunately) incremental change is in fact the hardest change of all.

It requires a coalition of people committed to that change; it requires a singular strategy; the kind that has driven China’s economic transformation; and it requires the sitting down to work out the details and contours of the shape this change should take.

It requires leaders who have the character to think of a long game and have the vision and temperament to build the coalition mentioned above, and it will require the collectivity of aspirations where we trade off some of our demands (call it principles) in the short term in order to win a long term war and earn the change that our country needs.

Does all of this give you a headache already? Yeah, I know the feeling. That’s why some people just prefer to take a gun and get the job done faster.