I am very fortunate to be quite good at a few things and I am always determined to see through every challenge I embark on. But the one thing I have consistently failed at is keeping my weight down and my body in good physical shape.

Just last December, a friend had gushed about how hardworking and gifted he felt  I was but then added that if I didn’t take care of myself, I probably wouldn’t be alive to see through all the wonderful ideas I dreamed off and consistently talked about.

After moments of feeling insulted, embarrassed, and getting defensive, the penny dropped that I had been focusing on the wrong things as all I had ever been bombarded with were the aesthetic benefits of weight loss.

‘ I can imagine if you were slim, the way men will flock around you ehn!!!!’

‘My cousin was twice your size, now she is half your size, she just got married last year sef’

The comments usually sashay between the rise in desirability and beauty quotient.

This is not to say that aesthetics aren’t important but will never for me become a matter of urgency.

Like I have written so many times before, I had spent a large chunk of my childhood to early adult life on one strange fad diet or another until 2006 where I said to myself I have had enough, after losing a tonne of weight by substituting rice, pasta, and bread for all legumes known to man for six months only to layer the pounds back on faster than it took to take it off.

I don’t really have any major food vices (except for crunchy cookies back in the day) but I have  had very bad eating habits, like guzzling large portions, starving myself all day,  and never saying “NO” even when I’m completely stuffed; which I reckon has been put in check.

These days, I’m not for anything that requires one to cut out any food group completely, or taking weird shakes and I lack the discipline for calorie counting. I m all for old fashioned portion control, increased fruit and vegetables, reduced sugars, salts, processed foods and just a more conscious attitude to what goes into the body.

However, exercise on the other hand has not been my best friend. This isn’t to say that I haven’t exercised in the past but just like everything else; I would set these weight loss mile stones, workout exceptionally hard ending up thoroughly disappointed at the results and slowly give up.

The world is very results driven and like most other people I have gotten caught up in the need for the before and after images at the expense of my health, forgetting that in life everything has to follow due process. My perspective on my weight and my body is changing. It would be wonderful to fit seamlessly into clothes I like, and prance around with washboard abs in a bikini (yes the vanity in me does come out here). The need to look desirable to both men and women is a legitimate feeling and fear most times.

But I think it is of greater urgency that I am not at risk of diabetes, a heart condition, osteoporosis, stroke and chronic back pain. I want to do my stomach crunches without feeling like I need a crane to lift me up or looking like a podgy porcupine attempting to curl off the floor. I want to be able to control my body and feel good in it, look good too but more importantly feel good in it. Make it move in ways I would like it to and make it respond accordingly.

Earlier this year, I gave away all my clothes that didn’t fit, the ones that still had tags on them and those dresses that make you look like you swallowed a tyre, whilst  you are hoping that the bloated look will inspire you to loose two to three dress sizes in the New Year, yeah that one!  It felt like a ritual of letting go of my old thinking and starting new.

I decided to focus on just getting active, building my endurance and stamina. I  started power walking earlier on, till the morning rains ruined my mojo; then  I purchased an elliptical machine, got bored did other workouts in between. Later got a trainer to motivate me and on my trainer’s days of, I have started walking again. It may not be much or hard core enough by most peoples standards but for the first time in my life I stayed consistent through all the waxing and waning. Added to that, I’ve participated in a few outdoor physical challenges which I would have naturally found some excuse or another to skip.

I went skiing in Davos, hiking in Zermatt, participated in a marathon and a Zumbathon for cancer. I hope that next year I would be able to actually ‘Run for Cure’ as opposed to walking and maybe throw in some mountaineering.

I’m learning that getting healthy is not a pseudonym for wanting to be slim. I think the difference is that one is a much longer and most times an annoyingly drawn out process that requires consistency, discipline and patience to be sustainable. For the latter, I think is about doing what it is you can to get there, as long as it is quick and fast. 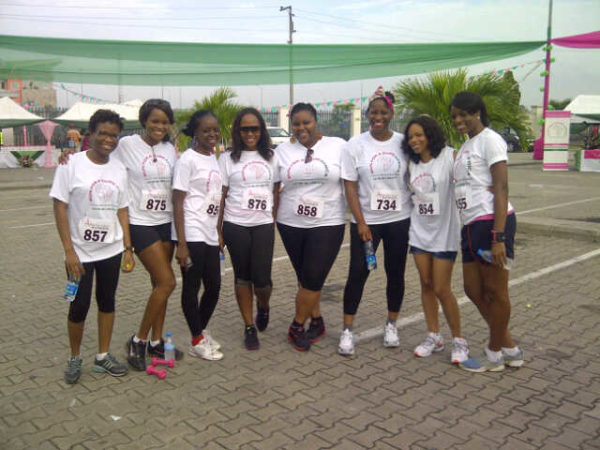 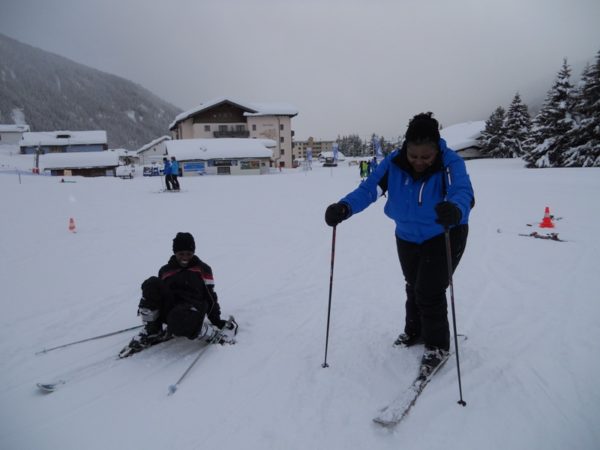 I know that beyond the little part that genetics plays, I’ve spent most of my life eating my way to this state, and I really shouldn’t expect an easy pass but to eat and work my way out of it. So unfortunately, this is not a piece about physical transformation where I post photos of myself before and after loosing an average human being in weight.

I am still spotting the bloated look and at times I wear a dress and think I look like I’ve swallowed a tyre, nontheless, it may just be very little progress, but I will enjoy this milestone so far.

“Genevieve (Nnaji) WAS a Friend…I was Feeling Her Sha, I Liked Her” – D’banj opens up on Romance Rumours & More – Watch the NdaniTV Teaser