So, yesterday, you got to see how fun, and tiring, my first day was {click here}. Welcome to day 2!

I would love to hop right to the part where journalists from all over the world got this super-hot MTV VJ Nomuzi to ‘twerk’ at an international press conference but that would be putting the cart before the horse. Let’s go back to see how the day started.

“This is your wake-up call! Your safari truck leaves at 6!”

I hopped off the bed in quite a hurry but was sadly still a bit doped with white wine from the night before. So, I staggered into the bathroom to get ready. Promise me you won’t tell anyone that I fell asleep in the shower. Deal? Awesome.

That was me thinking ‘Hey! It’s pretty warm today, I’m not going to wear anything but a measly polo shirt.” The South African weather had something else planned. Let me just say that I ended up wearing two sweaters, my hooded sweatshirt and covered in a thick blanket by the end of the Safari.

Our huge group split into two for the Safari. There was the lucky truck and the not-so-lucky truck. Guess which one I ended up in. The lucky truck got to see a whole lot more animals than we did but it was a fun experience nonetheless. Did you know that sometimes you can get so cold that your body’s defence mechanism is to fall asleep? Rule No. 2 – Always carry warm clothes, you never know where you’ll end up.

Can you guess which one’s ‘the lucky truck’? 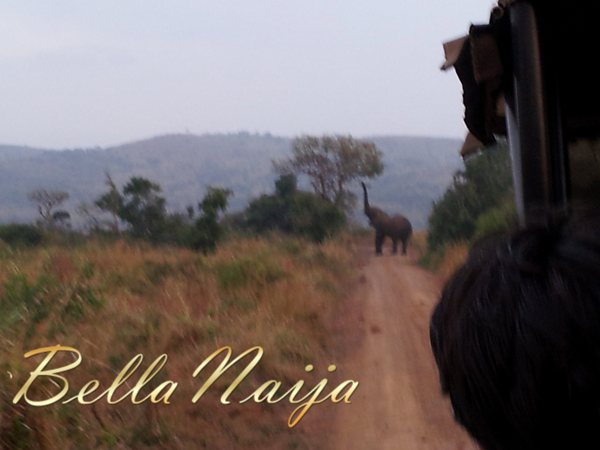 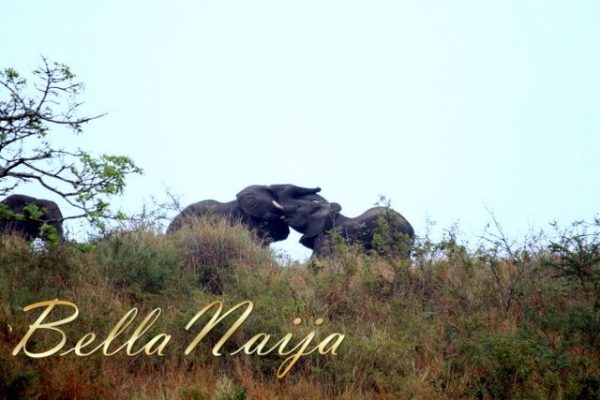 ‘Let me tell you a secret, baby’ 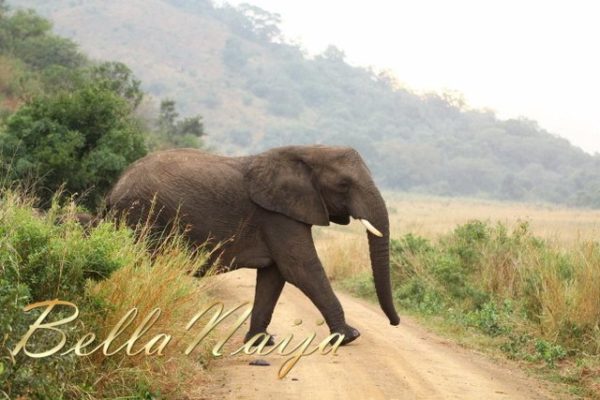 Sorry, Zebras, this is an ‘Elephant’ Crossing 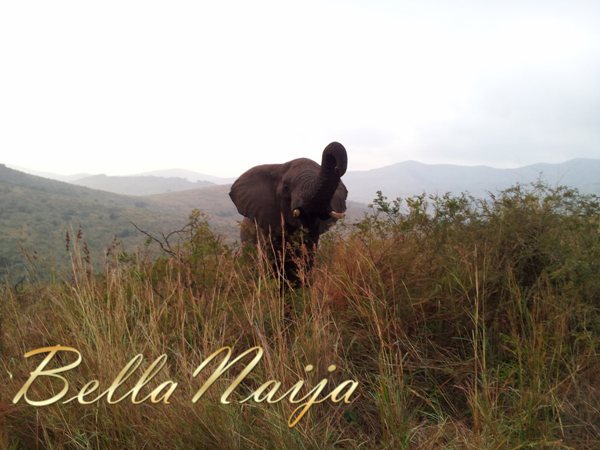 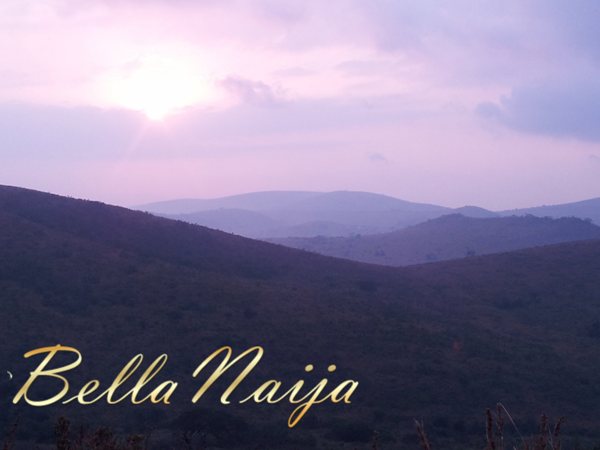 Breakfast in the wild!

And back to the Safari!

Before I forget, there’s a very hilarious story involving Mr. Kola Oshalusi and a lion but it’s his story to tell, so you can ask him when you see him.

After the safari, we rushed back to the Southern Sun hotel to get ready for the Press Conference. And, in about an hour after getting back, we were on the road again, joined by new group member, Anita Aiyudu. The press conference took place at the beautiful Beverly Hills Hotel somewhere in Durban and the guests and press were from all over the world {click here for all the photos}.

Now, the big question – how did we get MTV VJ Nomuzi to ‘twerk’ during a press conference? Let me be honest – it was the Nigerians. We can’t help but be the life of the party. So, while we were waiting for Snoop Lion to come out for his Q&A session, the little group of Nigerians started chanting ‘twerk! twerk! twerk!’ and before we knew it, the whole hall had joined in. Nomuzi, if you’re reading this – “You tried small sha”.

The high point of the press conference for me, was asking Snoop Lion a question. The excitement wasn’t really that I was talking to Snoop but the reaction from the world of journalists there the moment I said I was from ‘BellaNaija.com’. I doubt there has ever been a prouder moment for me to say that I am part of the BN team. Needless to say, that all in all, it was a thrilling experience.

After the press conference, it was another rush back to the hotel. This time, we were going off to a beach side restaurant-turned club for the night, ‘Moyo’. There was supposed to be a lovely fashion show by the pier but the rain wasn’t in our mood. So, we got into the club. We were ready to dance and groove to some ‘afrobeats’ but the DJ was all about his South African House music and none of the popular ones either. So, we found other ways to make the night enjoyable.

He told us it was ‘monkey’ meat.

And then, the party started looking and sounding so much better…

The night ended up being a great night because of all the cool and fun people I was hanging with. I realized how watered down South African cocktails were and used them to make a lot of new friends.

Keep it locked on BN for BN On The Scene – Day 3 of MTV Africa All Stars Concert where I give you all the scoop on Africa’s biggest concert ever.

Also, in case you missed BN On The Scene – Day 1 of MTV Africa All Stars Concert {click here}