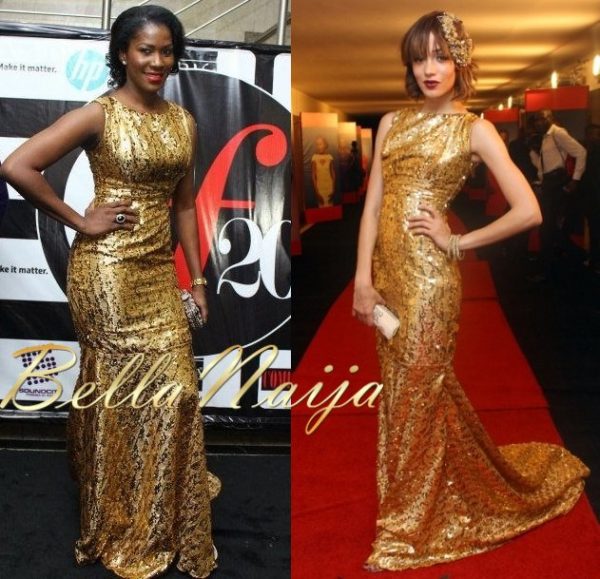 Can’t get enough of BN Pick Your Fave? Well, we have lots more.

BellaNaija fashionistas, it’s another sequined face-off today. Nollywood actress Stephanie Linus and TV personality Eku Edewor are battling it out for your favourite in a gold dress by House of Nwocha.

Although the floor length sequined dress which features a mesh back panel and an alluring train was worn a year apart, the red carpet drama of the piece from the Nigerian design label’s Yoshinaka Fall 12 collection still remains the same. 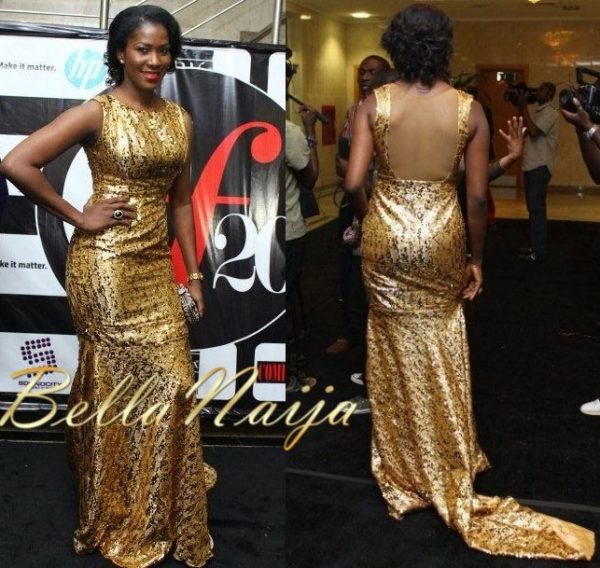 How She Wore It: Making her first major red (or rather black) carpet debut after her fairy tale wedding to Linus Idahosa in April 2012, Stephanie sparkled at the Complete Style Night.

The actress who opted for a twisted chignon and red lipstick, styled the piece with diamond stud earrings, a statement ring, a gold wrist watch and an animal skin clutch. 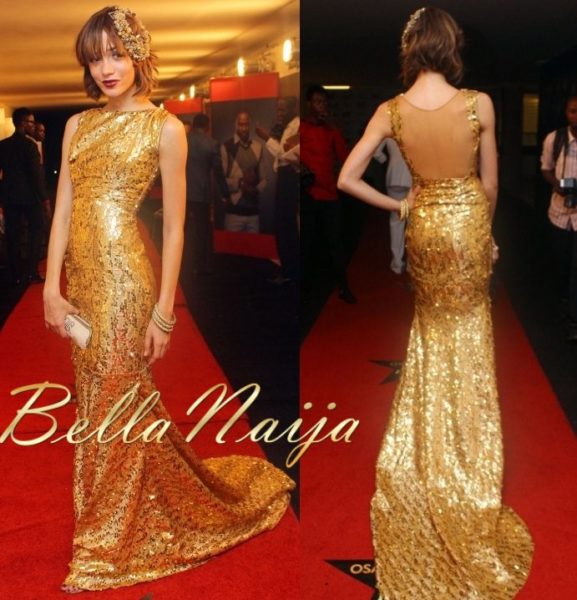 How She Wore It: At the just concluded celebration of Tinsel’s 1000th episode, Studio 53 Extra co-host Eku Edewor was inspired by Carey Mulligan‘s character (Daisy) in the Great Gatsby movie. The dress seemed like the right choice for her look.

Letting the dress take all the drama, she accessorized with a gold embellished head piece on her short bangs, gold bracelets and an ivory clutch. She completed her look with burgundy lipstick.

The Dress
In the House of Nwocha Yoshinaka Fall 2012 Collection Lookbook, the dress was displayed with a triangular decolletage, a thigh-high slit and extra shoulder detailing. 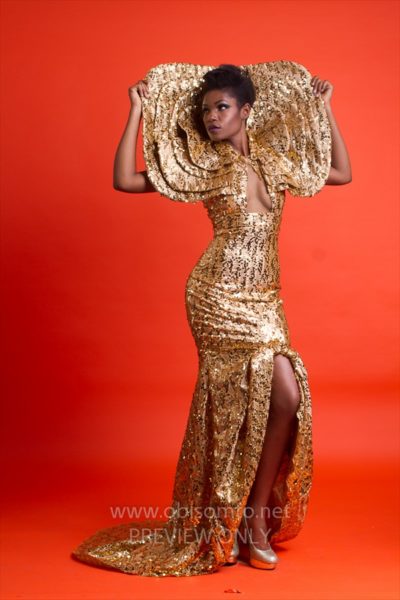 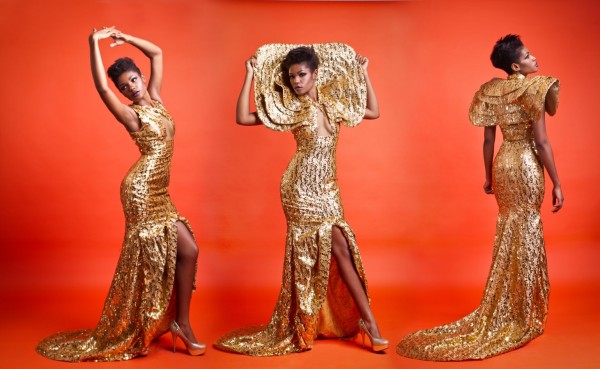