Who's Got the Glo X Factor? All you Need to Know About the 7 Finalists

The world’s biggest singing reality show is finally in Africa! For 3 weeks now Glo X Factor has been entertaining viewers with some of the most entertaining musical performances ever seen on African TV.

In case you haven’t been following the hit show, here are the final 7 contestants competing for the 24 million Naira prize and an international Sony Music contract.

About
Ankara boi is a Law graduate from University of Abuja. He’s got a strong voice, and a commanding stage presence.

About
Eshum is a sassy 21-year old Ghanaian. She’s a single mother with a five-year-old son, and a voice to die for! 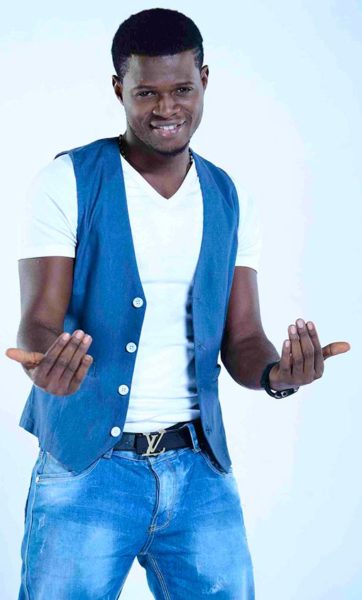 About
Are you pheeling Pheel? He is a Lagos based RnB singer. “I am focused on coming out as number one. I want to be an example to young people out there,” Pheel says.

Popular For: His warm, soulful vocals have enraptured the hearts of ladies all over Africa! Ladies just love Pheel!
Code: 505
Twitter Handle: @pheelGXFactor

Popular For: Thrilling the audience with their vocal prowess and distinctive sense of fashion and swag.
Code: 508
Twitter Handle: @sympho_gxfactor

About
Princess pat is 49 and about the oldest! She’s an all-round entertainer: Singer, songwriter, actress, gospel minister, and scriptwriter.

Popular For: Delivering the most powerful performances of gospel songs on stage.
Code: 506
Twitter Handle: @p_patgxfactor

About
Dj Switch is a rapper and professional DJ whose primary passion is rapping. She adopted the name DJ Switch because of her versatility and ability to switch from one thing to another.

About
A sensational vocalist, Vicky hails from Biseni in Bayelsa state. She believes that hard work and determination are the keys to her success. She has been doing her very best in the competition so far.

Popular For: Because of her powerhouse vocals, she is known in the competition as “The Voice. ”
Code:503
Twitter Handle: @vickyGXFactor

Move Back To Nigeria: To Learn How a Lion Hunts, You Go to the Jungle, Not the Zoo! Remi Dada Talks About Taking the Plunge & Moving Back