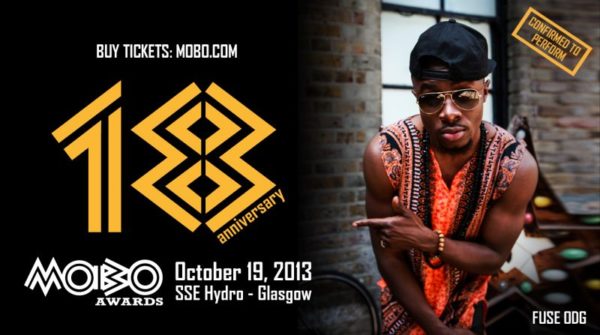 Ghanaian pop star Fuse ODG has been confirmed as a performer at the 2013 MOBO Awards.

The Azonto crooner will perform at the show in Glasgow, Scotland on Saturday 19th October 2013. He will join Tinie Tempah, Iggy Azalea, Laura Mvula, Rudimental and So Solid as performers at the ceremony.

He is nominated in the Best Newcomer and Best Video categories. He is also in the Best African Act category alongside Nigerian music stars Ice Prince, Tiwa Savage, Seun Kuti and Wizkid.

T0 vote for your favourite, log on to www.mobo.com/voting2013. Tickets to the show are also available from £28 at mobo.com/tickets.