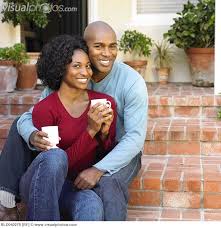 Have you ever been blindsided in love and life? I mean, completely, totally, excruciatingly blindsided! Ok, take it from someone who has been there, it is not a nice place to be at all. You feel like your whole life is unravelling right before your eyes and there’s absolutely nothing you can do to stop the flow.

The dictionary[1] meaning of blindside is ‘to take somebody unawares, suddenly with detrimental results to that person’.  I think it is especially worse when that somebody is one you claim to truly love and cherish.

I saw a movie during the course of the week and it completely defined the essence of being blindsided. The movie centred on a couple, James and Anita who had been in a mutually rewarding relationship for about three years; everything was going pretty smooth or at least so she thought. In fact, they were vacationing in the Gambia for two whole weeks prior to their break-up and he never gave any indication that he was having misgivings as to their entire relationship. The next thing she receives on the Monday following their arrival from the trip was a short sms ‘announcing’ no, ‘informing’ her that he just gotten transferred to the Dutch headquarters of his office and was already on the aircraft en route Amsterdam! She felt so surreal, as though she was in a dream or she had just been slapped by a prized flight-weather weight boxer! Seriously, where did that come from? Obviously, the organization would never have sprung such a surprise out of the blues but he had given absolutely no indication that there was any such plan in the offing. Of course, he was fully aware and had even been planning the move but had chosen to keep her in the dark. Wow!

She became extremely depressed and found it difficult to trust men again until her knight in shining armour arrived on the scene; they got married and lived happily ever after. Nice end to a not-so-nice story.

For me, however, the challenge was trying to decipher how this creature formed by a loving, caring God could claim to love and respect someone, a minute before and in the second it took to bat an eyelid, had shattered the very hopes, dreams and goals they had built together over the years. That has to be the very height of wickedness and dishonesty, display of a total lack of integrity and callousness for any person to act this way and be unconcerned about the consequences of such actions.

Not everyone is able to bounce back effectively from such heart-shattering disappointment and years after, they continue to nurse the after-shocks of being blindsided in love. It becomes an exercise in humility, perseverance and self-love to rebuild the self-confidence and esteem which invariably disappear. Second guessing of choices, wondering what could have been done differently and what exactly went wrong are issues that regularly go through one’s mind. Quite often, these questions do not receive tangible responses (if any) so it is difficult to attempt a whole-scale reversal of actions and therefore prevent a re-occurrence. The best one can do is make that choice to triumph above all circumstances, brace oneself and pray. A lot.

Quite often with the help of a strong support system; many people are able to overcome the fears and disappointment that characterised the ‘event’, make changes and adjustments then launch out again into the world. It becomes another lesson in the school called life and a stepping stone to greater things.

So, have you fallen victim to the infamy of blindsiding or have you blindsided anyone? Please share instances where either you or someone you know was blindsided and how you (they) rose from the ashes and can look back today even though nostalgic but still hopeful and expectant.