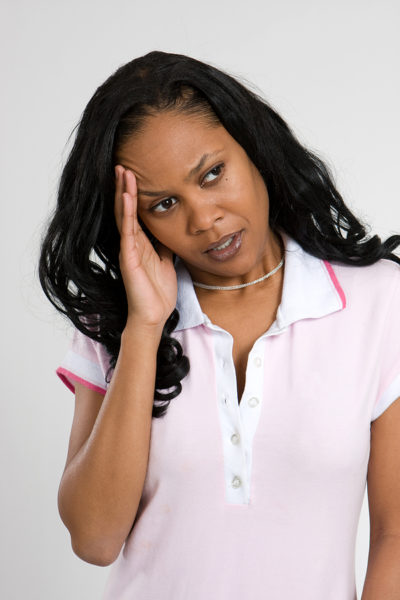 Aunty Bella is our agony aunt column on BellaNaija. We launched this column in the early days of BN and periodically feature issues sent in by BN readers.

I have got the sickle cell gene, I turned 31 this year and I recently met a great guy who is totally into me. He recently asked that we take our friendship to the ‘Next Level’ and have a proper relationship. He is 32 and he wants a relationship that will naturally progress into marriage.

However, I found myself freezing at the thought of tell him about my genotype. I’m not certain what his genotype is but the thought of even bringing myself to look him in the eye and tell him what the deal is looks quite daunting a task to me and I fear that it will put me in a rather vulnerable position. I wear my heart on my sleeves and I have had not so good experiences in the past where I ‘thought’ the guy I was dating had promised marriage but alas, today he is married but not to me. Alas, I eventually found out that he was never okay with it and he had a ‘Plan B’ all along.

For a long time, my priority in life was to get a good education and pursue a fulfilling career. I realised early on in my life that whilst I have no control about my genotype and the various challenges it brings, I owe it to myself to make something good of my life. So I put all my passion into getting good grades and a masters and I’m settling into a very fulfilling career.

I also hope to adopt an older child in the not too distant future. If I were not a Christian, I would probably have given in to just having meaningless relationships but my faith is a core of who I am hence I’m unable to tow that path. So I talked myself out of such futile pursuits and poured my love on God, education and career.

So, I actually thought I had it all together and was happy to live in my little bubble ‘man free’ until this guy waltz into my life some months ago. I have tried to ask myself what it is I am afraid of and whether this fear is a valid one. I ask myself: “What is the worst that can happen?”. There are three possible outcomes I foresee: one is he says he is fine with it and probably confirms he is AA (which would be fantastic). The other is, he says he is fine with it but unfortunately he is a AS and a carrier of the sickle cell gene (that will be a bomber as there are enough SS carriers in Sub-Sahara Africa as it is ..Laughs). The third possible outcome is he will say he wants nothing to do with me or pretend for a while that he is cool will it only for us to break up months after.

But regardless of all these possible outcomes, I think my greatest fear is me exposing my vulnerability to a guy who thinks I’m ‘Super Woman’. I keep on asking myself whether or not he will still see me as that strong, independent and smart women he fell for. Or would he see me as this fragile lady who puts on a very brave persona just to hide her vulnerabilities? I would rather choose the former because that is how I see myself and I don’t think I can bear to live with anything short of that.

I still don’t know I’m going to tell him…should I do it face-to-face, text, email, voicemail or on Skype?