The BellaNaija Style team is proud to present another edition of BN Pick Your Fave. Today, we have American music superstar Kelly Rowland and rising Nigerian singer Gina in the same look.

Kelly rocked this black Georges Chakra Spring 2013 Couture dress which features specific sharp cut outs, and a tulle skirt at the bottom, while Gina wore a similar version of the dress.

Where: The 55th Annual Grammy Awards at Staples Center on February 10, 2013 in Los Angeles, California

How She Wore It: Kelly was one of the best dressed at the 2013 Grammy awards. The recently engaged singer chose this piece with a halter neckline and sexy cuts from the Georges Chakra Spring 2013 couture collection.

She accessorized with an emerald cocktail ring and chandelier earrings by Lorraine Schwartz. Opting for bangs, she completed the look with neutral lipstick.

How She Wore It: If you didn’t know Gina, now you know her. The rising musician arrived at the 2013 Music Meets Runway show on Saturday evening in a similar version of Kelly’s dress.

Her outfit was made with velvet and also features a tulle A line skirt. Choosing only a black bracelet as an accessory, she completed the look with smokey eyes, an up do and red lipstick. 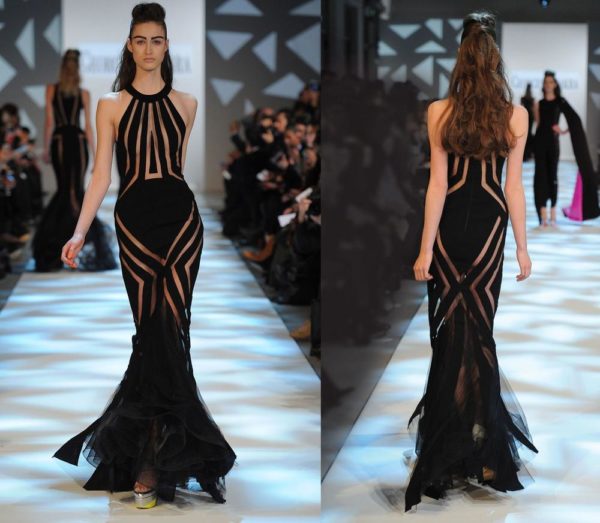 Smart is a Way of Life! Meet another Smart Family Device – The All New P5 Smart Phone