This is a face you want to be familiar with.

Studio 53 Extra‘s main host Eku Edewor has a new co-host. Ever since Dolapo Oni‘s depature was announced in May 2013, the seat has been left vacant.

After a rigorous screening exercise through an audition, Sika Osei was chosen among thousands. Sika is 28-year old Ghanaian and has a BA in Law.

Who is Sika: Sika was born in Ghana, but lived most of her life in Lesotho, America and India. She has been working in PR and Events Management since 2006 but recently decided to pursue her passion for TV presenting and acting.

She hosted one of the biggest entertainment shows on Ghana TV “Phamous TV Shows” and has hosted red carpet events including the Channel O News Live in Accra and covered the Glitz Africa Fashion Week for StarGist on DSTV.

She just finished her Bachelor of Law degree and is now also a solicitor.

On how she got the gig: Sika saw the call for auditions on Eku Edewor’s Instagram page 24 hours before the auditions in Lagos. She took a leap of faith, booked a flight first thing in the morning.

And she later got the part. 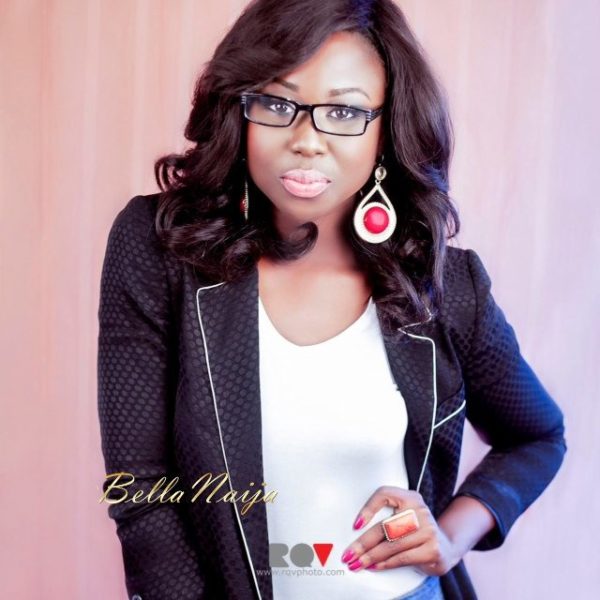 She proved to be one to watch out for on the red carpet, when she arrived in a tribal print mini by CLAN from its Autumn/Winter 2013 collection.

She styled the dress with gold earrings, a statement neck piece, gold cuff and red platforms. “The Pro Footballer with a Heart of Gold”! Nigerian-Canadian NFL Star Israel Idonije is Hot on Zen Magazine’s December 2013 Issue