"Do Not Have a Type" - Will You Take Gabrielle Union's Advice for a Happy Love Life? 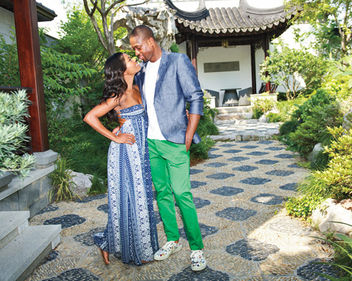 All you need to know about having a happy love life revealed by none other than Gabrielle Union.

The American actress who stars in BET‘s new hit series – Being Mary Jane, sits down with an editor at Glamour Magazine to speak on the DOs and DONTs for your love life.

Gabrielle, 41, and her 31-year old Miami Heat basketball hearttrob Dwayne Wade’s relationship may have recently caused a stir after Dwayne fathered a child with another woman during a short break-up.

But with a wealth of experience of dating in her 20s, going through a divorce and taking back Dwayne, we are sure BellaNaijarians will find the advise quite interesting.

Check it out!
DO forget your “type.” It worked for me. When I met Dwyane, his “résumé” looked like crap: athlete, going through a divorce, nine years younger than me. None of that screamed, “Let’s have a lasting relationship.” Then, after I had a heart-crushing breakup with yet another immature jerk, I thought, it can’t be any worse if I date a fetus. Let’s just see what happens. Turned out he’d been on his own since he was 15. He had wisdom that comes with facing an insane amount of adversity. He’s sweet, funny, honest about his shortcomings. When I put my preconceived notions to the side, I found someone cool. 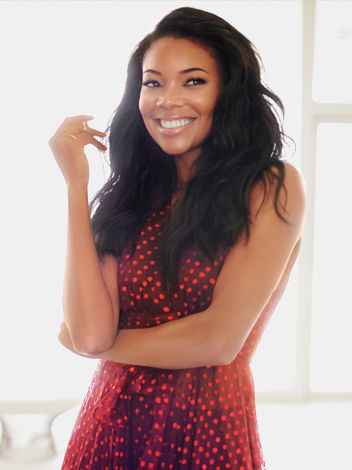 DON’T put up with a friend-versus-boyfriend tug-of-war. Some friends act possessive and say, “You’re not spending enough time with me.” Huh? Remember when we made our vision boards and the dude was in the middle? You’re supposed to be happy for me. Thankfully, my girls are like, “High-five!” And D likes to be around them too. If there’s weirdness, either something’s wrong with the friends—or the boy. Investigate. And sift accordingly.

DO show him your feelings. Daily. Dwyane generally gets up before I do to go to the gym, and he’s never left without kissing me and telling me he loves me. As for me, I am complimentary to the point where I am almost a little Chester the Molester-y. I think he’s so delicious. Watching him get out of the shower never gets old. Never. It’s not like he ever wonders what I’m thinking, but usually he’s thinking, She needs a cold shower!

DON’T write off an ex (or get back together) without really thinking it through. When you’re debating whether to go backward or forward, you have to look at the original issue. [When Dwyane and I broke up briefly in 2013], it was because of distance and scheduling. I finished filming the show, then I flew to Vegas right away to start shooting Think Like a Man Too. I couldn’t take time off, and I missed some quality togetherness we desperately needed. Over the summer, I reassessed priorities. I’d always wanted an awesome career with back-to-back projects, but I realized I wasn’t willing to sacrifice my relationship for it. Moving forward, I decided my work schedule has to make sense for our family. Bottom line: If an issue’s a deal breaker, it’s a deal breaker. If your relationship isn’t something you’re willing to give up and you can compromise, do so.

You can read more via Glamour Magazine HERE

Omotola Jalade-Ekeinde: “My Motivation for Singing is Inspired by being an Activist for Africa”