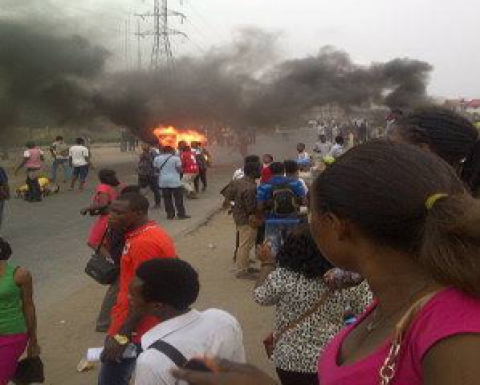 The protest kicked off yesterday when the university’s registration portal was closed. Over 2000 students were yet to register for their second semester courses as exams were to begin today.

It is also revealed that banks were still collecting the increased tuition fee from students.

It led to the stoning of the University Vice Chancellor Professor John Obafunwa. According to P.M. News, an eye witness revealed that students threw sticks and stones at the VC’s convoy as he tried to escape through an alternative route beside Conoil Filling station.

The Student Union Government plead on behalf of the students but the VC said that the unregistered students are “insignificant” and would have to carry the session over.

The statement made students take matters into their hands.