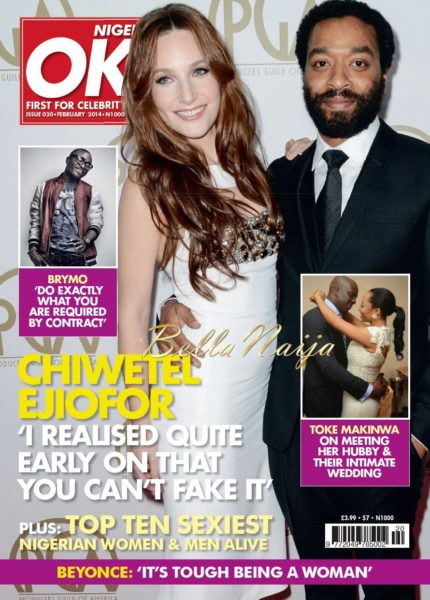 Sari has clearly been a pleasant companion for her beau during the awards season.

The British-Nigerian actor who plays Solomon Northup in Steve McQueen‘s “12 Years a Slave” has been on our radar since last year.

Presently nominated for an Academy Award (OSCARS), the actor is very much this awards season man crush. He has graced a number of magazines including Vanity Fair and Essence‘s Hollywood issues.

In the new issue of Ok! Nigeria, Chiwetel speaks on taking on one of the most daring roles in recent times, his hesitation, movies involving black people and more.

The new issue is currently available on newsstands.

Can You Whine Like Don Jazzy? Here’s How YOU Can Be In Dr. Sid’s “Princess Kate” Music Video!