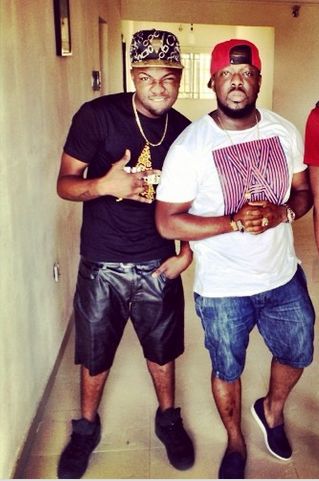 BN Music gave you the scoop yesterday that Skales has exited Banky W‘s Empire Mates Entertainment label. If you missed all the details, click here

The rising rap star’s 3-year contract expired and the label decided not to continue working with him.

A source reveals to Hip Hip World Magazine that there are strong indications that Skales and the self proclaimed Egberi Papa 1 of Bayelsa, will be working together.

Skales is also said to have moved in with Timaya. “He may be signing with Dem Mama Records soon, he has moved in with him,” the source revealed.

In January, Skales shared this photo of Timaya at his house. “Look who came by ma crib DS morning of cus ma daddy” he captioned it.

Hopefully a confirmation will be released to BellaNaija Music soon.