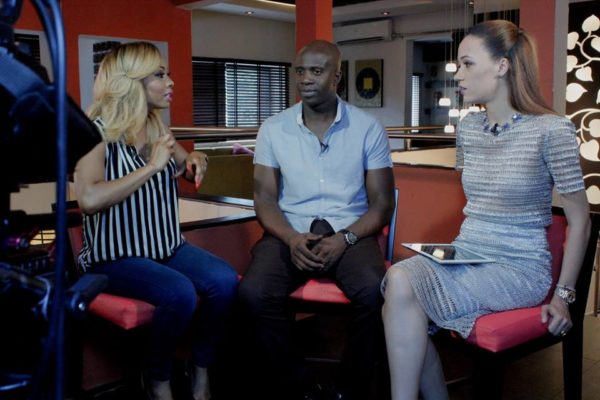 Mr and Mrs Ayida are spilling the details about their relationship.

For the Valentine’s special on M-Net‘s 53 Extra, Eku Edewor invited Toke Makinwa and Maje Ayida for a interesting chat on love.

The newlywed couples spoke on meeting at the Annual New Year’s Eve Party at the Lagos Motor Boat Club and Maje’s chivalry on the day, how they handle arguments and of course, their surprise nuptials.

Her Last Music Video…Watch Goldie’s “Give It to Me” Feat. J Martins