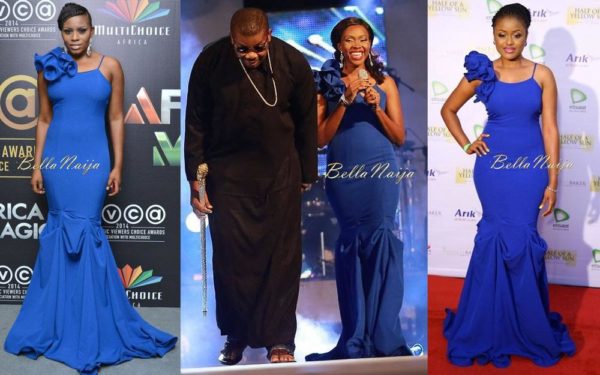 The dress by the Nigerian design label features a spaghetti strap and dramatic ruffles, and an avant-garde skirt.

See how they rocked it! 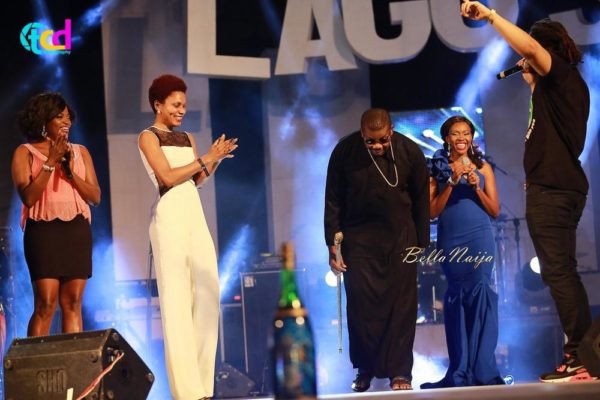 How She Wore It: Ariyike Akinbobola rang in the new year looking stylish in IAFL.

At the Lagos Countdown show, the TV personality who co-hosted the event with illrymz, accessorized with silver chandelier drop earrings, a silver ring and a silver wrist watch.

She finished her look by opting for wavy locks, and red lipstick.

How She Wore It: Liz Yemoja made BellaNaija Style’s best dressed list at the 2014 AMVCA and the reason seems clear.

Although Ariyike rocked the piece first, the Nigerian media personality fully made the dress her own. Liz styled the dress with crystal drop earrings, a silver cocktail ring and a red clutch.

Rocking a braided up do, Liz was red carpet ready with smokey eyes, blue eye shadow to match her dress, and luscious neutral lipstick.

Naya Amobi
Where: Half of a Yellow Sun Lagos Premiere on Saturday 12th April 2014 at the Silverbird Galleria, Victoria Island, Lagos.

How She Wore It: The fresh face beauty who stars alongside Gloria Young and Thandie Newton in “Half of a Yellow Sun” arrived at the Lagos premiere in the same frock just a few days ago.

Naya obviously loves bold colours; she opted for an orange dress at the press conference of the movie.

She accessorized the famous piece with gold-and-blue earrings, and a silver bracelet. Naya finished the look by styling her braids into an up do and luscious pink lipstick. 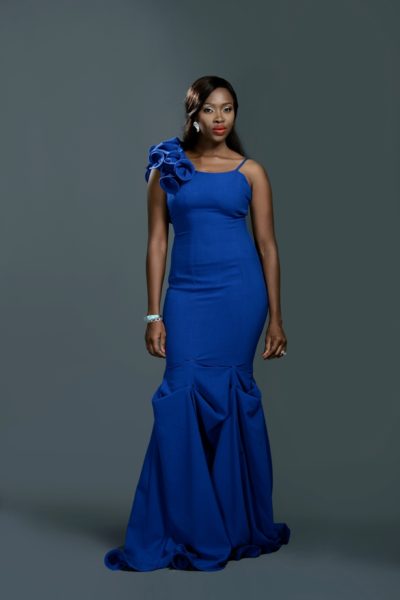 Ariyike Akinbobola models the dress for the lookbook