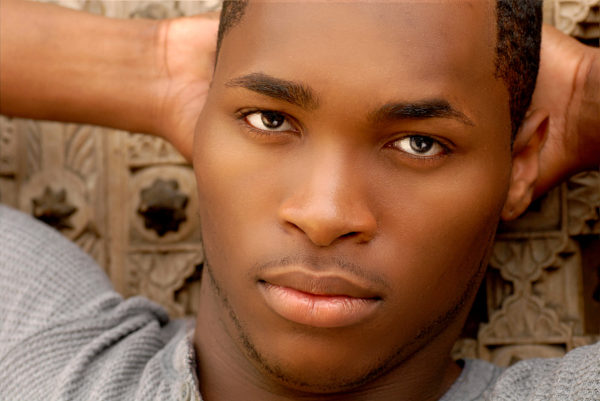 My first brush with authority was when I was in JSS3. We were preparing for the JSCE examinations- and as was the norm, everyone was sourcing for ‘dubs’. I can point to this moment as when I realised the endemic nature of the corruption in Nigeria. I could not bring myself to use any of these dubs, as I could not justify it. It is always a slippery slope, first it starts with dubs, then next thing you know, you are stealing public funds meant for community development.

It was the day of my mathematics exam, I had gotten to my classroom and was told that the supervisor was in on the deal today, but the catch was that we all were to pay her 500 Naira. This was the last straw. My dad had always taught me to be respectful to elders. I approached the supervisor that day, and the discussion soon escalated to something less than cordial. I was reprimanded and was prevented from writing the exams.

This was all for speaking the truth.
I see Nigeria as a place that is riddled with so many problems because those who know what is good are unwilling to stand up for the truth they believe in. This is not me. I took the matter all the way to the commissioner of education in the state- a meeting I could only arrange after trailing his motorcade daily for three weeks. Long story short, on this occasion- truth prevailed; I was allowed to write my examinations at another date, the supervisor was suspended and afterwards found guilty of fraud and sent to jail.
I passed with 9 distinctions. I don’t say this to be smug, but to highlight what one can achieve even without bending the rules.

After this experience, a lot of people often joked by calling me the next president. Although I never let it cloud my judgment, I could always see the seriousness in their eyes as they told me this. I am not an assuming individual. My mantra in life as evident from the incident above was not really because I had any political points to score, but I believe as a person and as a member of a community and of a country- it is not enough to sit around and complain or analyse the problems that exist, but we must be willing to stand firm for the right principles and ideals when they do materialise.
All this is easier said than is done, but indeed- the path my dad threaded is the compass for my daily walk.

My father, Alhaji Mustafa Abubakar was one of the few men to have undertaken the white man’s education when he was a young boy. At the time, it was considered laziness to hole yourself up in a classroom, while your mates strengthened their arms rearing the cattle- growing into strong men, the pride and pearl of the village. Not my dad, he instead was satisfied to pore over countless books at a far flung corner of the class.
When papa grew older, he snubbed several lucrative civil service jobs- why? It had always been his motto that education was the best legacy to any person, to any village, to any people. And for this reason, he had stayed back in the village; first as a primary school teacher, now the headmaster of the community secondary school I attended. So you see why it was important that I excelled.

July 2011
There had been talk. First there were whispers, hardly decipherable from the winds that moved the savannah brush in the evening. These whispers had grown louder and louder, the impact as of a herd of cattle stampeding without a master. But today it came to a head. We heard a loud bang- well several loud bangs. Mothers cradled their little ones into the confines of fragile huts while the older sons who never shied from adventure were immediately docile today.

You see, I paid it no mind, seeing that the frequency of Boko Haram bombs had been ubiquitous of late, this was one of those things we had now come to live by. As a people, it is important not to condone terror for so long and so well that one becomes insensate to the anguish that others will feel at the result of such terror. As the sounds dissipated and we were sure the worst was over, I and my friends prepared to resume our game of football on the dusty patch of sand in front of father’s house.

Suddenly, an ‘okada-man’ that father had taught donkey-years ago sped into the compound. On the passenger seat sat my father- the distinguished Alhaji Mustafa Abubakar- for so long my pillar of support and of all things indestructible. He lay there lifeless. Life snuffed out from him not only by the bombs, but by the failure of the Nigerian state to protect him.

Today the Boko Haram targeted his school, in a bid to ensure that the young kids ran out safe, he sacrificed his life. I was told he fought to the death.

He will be buried. A tombstone to mark his final resting place, but there will be no national honours- no there will not be, for that is reserved for more deserving heroes such as General Sani Abacha. There will be no commemorations nor will dignitaries be at his burial ceremony- no they will be absent, for all who should give him honour are busy purloining the government coffers. The people who committed the dastardly act will not be brought to book- no they will not, for the government of the day will rather politicise the issues and point fingers at the other party.

April 14 2014
A few years have gone by and the beast that is Boko Haram has spread wildly around the north east region in which I live. They have sent in the military, but day by day, the killings get worse. I had only missed school sick the other day- I was particularly unhappy that I missed school, as a few of my friends and I had formed a small group to discuss how best to move beyond the boko haram and as the young ones, to contribute our quota to the solution of this problem- for indeed war and conflict does not discriminate between young and old.

You must then understand the shock when I learned that the boko haram had come and levelled my whole school that day. I had lost my closest friends- the proverbial leaders of tomorrow, all gone.
That should have been me.

Mother has said that Boko Haram will not cause me to forsake my education- it was my father’s last wish that I became a lawyer. The region is too unstable, hence, Uncle Ibrahim has now suggested that we go and start afresh with him in Abuja. He will pay my jamb fees and I may yet build something of my life. I have no motivation left, all I know as normal is gone. But still, I cannot lose motivation as I daily remember the meetings I had with my friends prior to forming the group- I can see the vision we have for a post boko-haram world, I realise that sitting around will not solve the problem unless I am willing to stand and resist- just as I did with the supervisor during my JSCE exams.

The rickety bus ambled on; it had been a daunting journey. Between faulty engines, fuel scarcity on the way and constant bribes at police checkpoints, we had finally made it to Abuja. But first a detour at the Nyanya bus park. As the driver parked the car, I stumbled out in search of some food, I was famished. I did not hear the scream to run. The next sound I heard was deafening. My eardrums popped from the sound and the burning fire from the bomb came at me- I was right in the centre.

**Writer’s note: Mustafa represents all the secondary school students who have been killed in constant attacks by the Boko Haram. Mustafa is the nursing mother who is beheaded because she reads lullabies to her kids. Mustafa is the emergency worker who is killed because he was too fast to the scene when Boko Haram were still present. Mustafa represents 200 girls kidnapped from the Chibok Secondary School. Mustafa is all of us. President Jonathan, are you listening?

Mitchell Aghatise is passionate about politics and people advancement especially in his home country of Nigeria. He is presently in the final year of his degree at the University of Leicester.