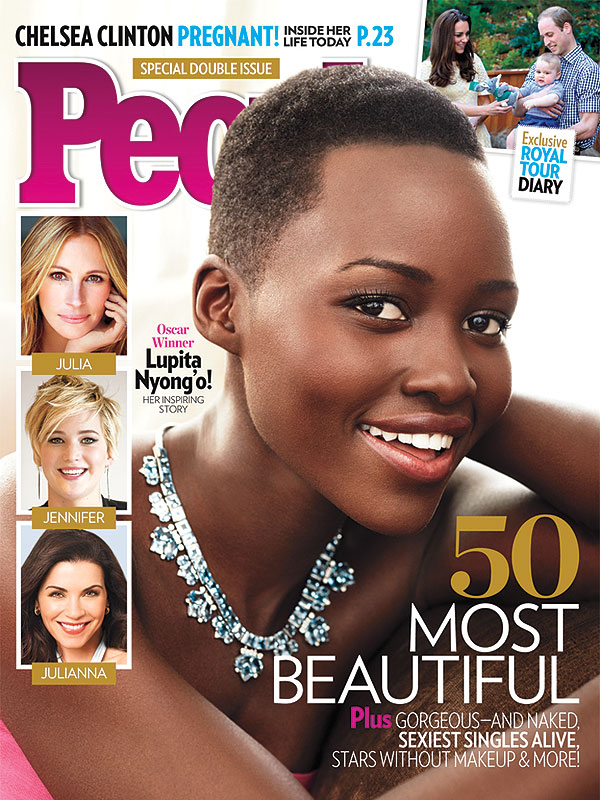 Oh Lupita, you never cease to take our breath away.

“No matter where you’re from, your dreams are valid” said Lupita Nyong’o on the night she won an Academy Award in March for her role as Patsey in ’12 Years a Slave.’

The Kenyan actress is People Magazine‘s Most Beautiful Woman in the World. It is an honour which has been bestowed upon Beyoncé, Jennifer Lopez, Drew Barrymore (who welcomed second daughter yesterday) and Julia Roberts.

Lupita may have made that famous speech at the oscars, but she reveals she “never dreamed” of being called world’s most beautiful. 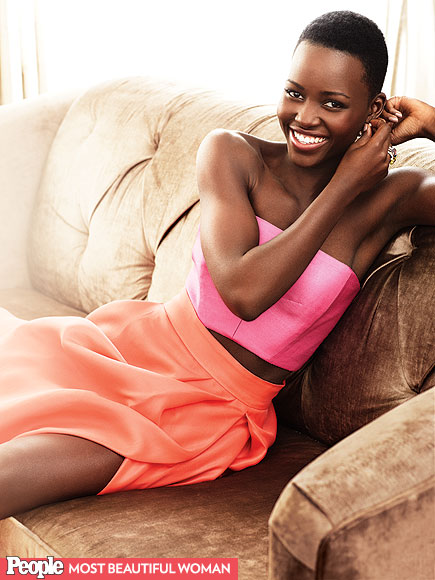 “It was exciting and just a major, major compliment,” the 31-year-old says of gracing the cover. “I was happy for all the girls who would see me on [it] and feel a little more seen.”

Lupita says she first called beauty with what she saw on TV; “Light skin and long, flowing, straight hair. Subconsciously you start to appreciate those things more than what you possess.”

Her mother Dorothy “always said I was beautiful,” she shares. “And I finally believed her at some point.”

To read more on Lupita, check out People.com

Harrysong: “My Mother & Father are Siblings”

Woman Gets $15,000 Plastic Surgery on Face to take Perfect ‘Selfies’