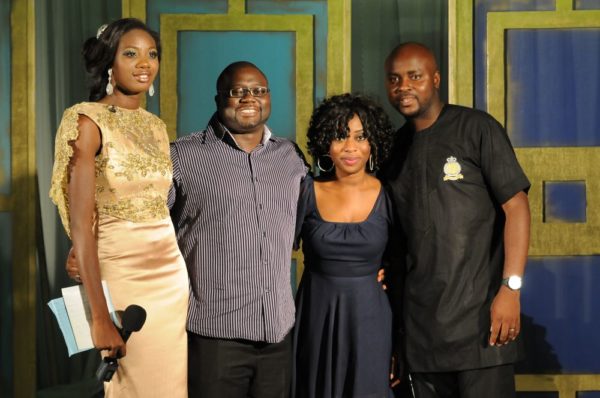 After a keenly contested competition among the Top 10 couples at the Grand Finale of My Big Nigerian Wedding, Yemisi and Yomi have emerged winners. The elated couple would have their wedding sponsored to the tune of N15Million by top wedding vendors in Nigeria. They would also have their honeymoon at the world’s most luxurious hotel, Burj Al Arab in Dubai.

The competition was an interesting one which comprised of different stages. Coincidentally, Yemisi & Yomi were almost knocked out of the competition at the first stage. Yemisi scored 50 points during the first Q&A session and was in a tie with two other couples. 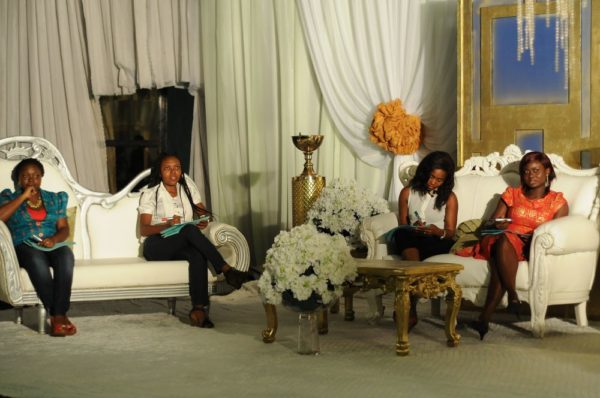 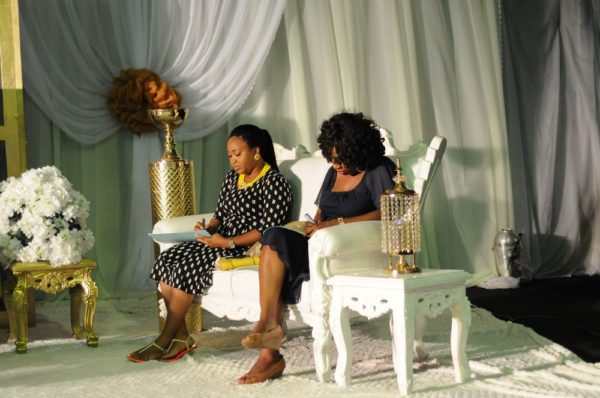 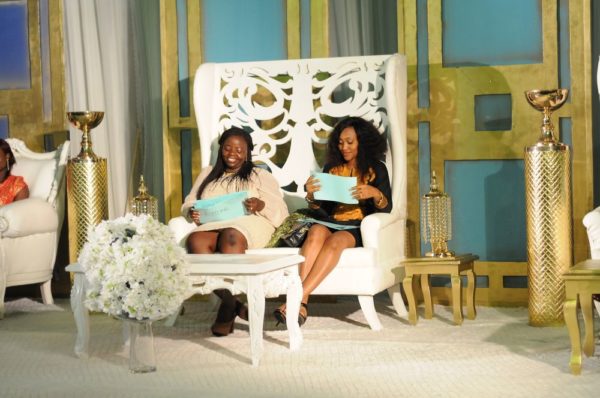 However, Yomi saved them and broke out of the tie after a fun carrot and rope competition where he was the first person to get his rope into a glass. They then rejoined the two couples who scored the highest points (60) in the first stage. 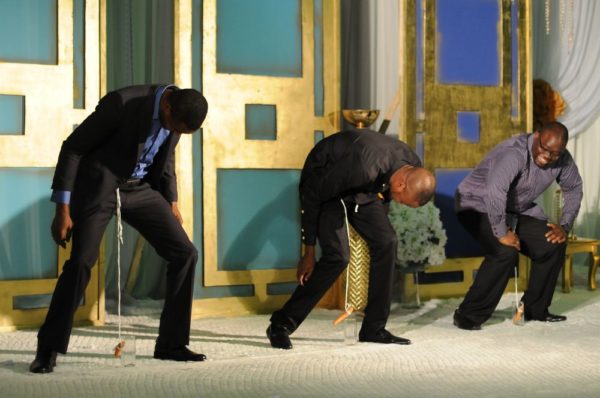 Yemisi was also successful in identifying her man even with a blindfold around her eyes. During this stage, all the ladies won. 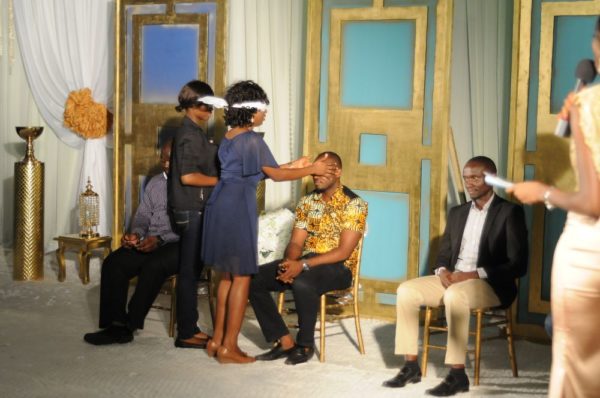 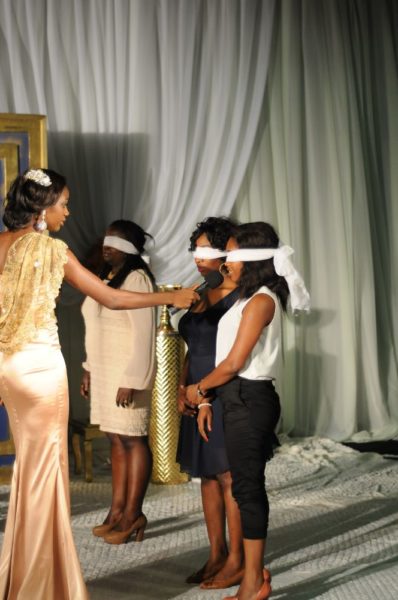 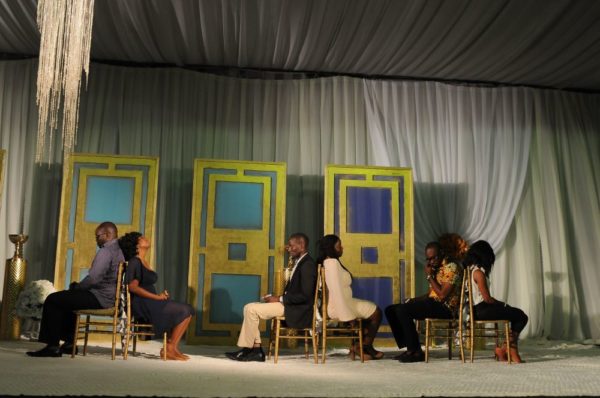 Yomi was the only person who got the correct answer at this stage, making them winners of the competition. 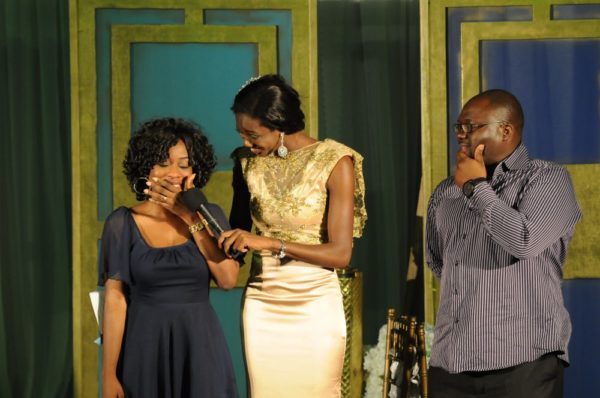 And in a very romantic and unexpected twist, Yomi proposed again to Yemisi after they won. 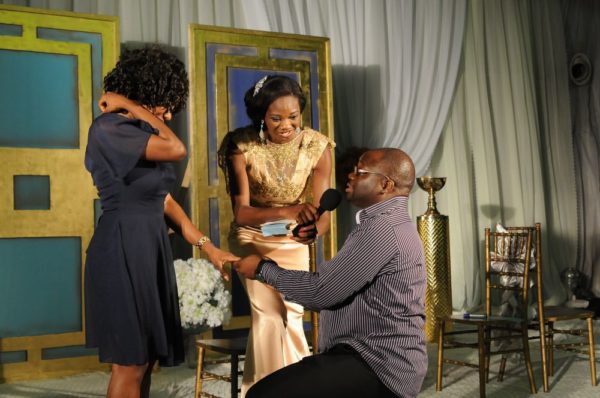 The couple have been dating for 11 years and have weathered many storms in their relationship together.

Here is her touching story on www.mbnwedding.com

We deserve to win because we have been dating for over 10 years now, and the last 6 years have been long distance….it is about time we got married! It has not been an easy journey. Long distance is suffering!!! We only got to see once a year because of our academic pursuits which is why winning would be a dream to our family, friends and most especially both of us – The perfect icing on the cake. It would also take off the financial pressure from us. We kid you not. Our parents have invested heavily in us (education wise)…it would be a joy to tell them that they don’t have to spend a dime on our wedding. Help us make that happen : we have been waiting for this for the past 10 years! Please vote for us! Vote everyday! God bless you!

The show was hosted by CoolFM OAP Mercy Ajisafe aka Omo London and took place at The Haven Event Centre Ikeja GRA, official venue partner of MBNWedding. Among other things to be announced soon, the couple would have their wedding catered for by the Dream Team which includes Tosan Jemide of Cakes By Tosan, Kelechi Amadi-Obi, Banke Meshida-Lawal of BM Pro, Funke Bucknor-Obruthe of Zapphire Events, Mai Atafo, Concepteur de Fruitée & Sweet Indulgence. They would have their decor done by Nwandos Signature, official decorator of MBNWedding.

Watch out for more as the couple’s journey to their N15Million wedding has just begun!

For more pictures and information on the competition, please visit www.weddaily.com

The Neighbours Who Fell in Love! | Tosan & Emi’s Pre-Wedding Photoshoot