Ibadan Teacher on Raping Primary School Girls: "One of them flirted with me" 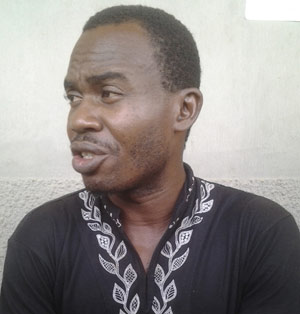 Folarin is now claiming that one of the girls flirted with him, Vanguard reports.

“One of them made advances at me. You know how children play with you in a funny way. This thing is beyond me,” he said.

The 38-year-old teacher who is a father, also claimed that he raped the girls because of a demonic attack that has been plaguing him for a long time.

“I have been doing this for a long time. I feel terribly bad each time I did it but I could not stop it. Why don’t you find a way of helping me…” he said.

Oyo State Police Public Relations Officer, Olabisi Okuwobi‑Ilobanafor said due to the immense seriousness of the case, it will be transferred to the state’s police headquarters.