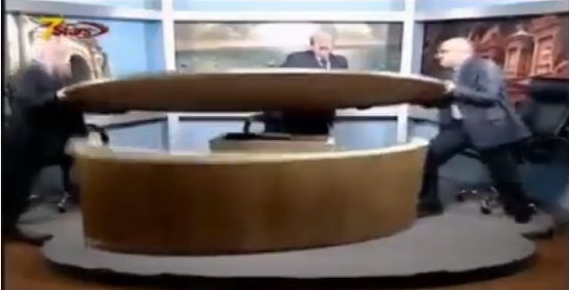 A TV debate between two senior Jordanian journalists escalated into an on-air fight Tuesday, as each expressed conflicting opinions about the Syrian crisis, The Independent  reports.

The fight was reportedly incited by Al-Jaiousy’s support for Syrian president, Bashar al-Assad.