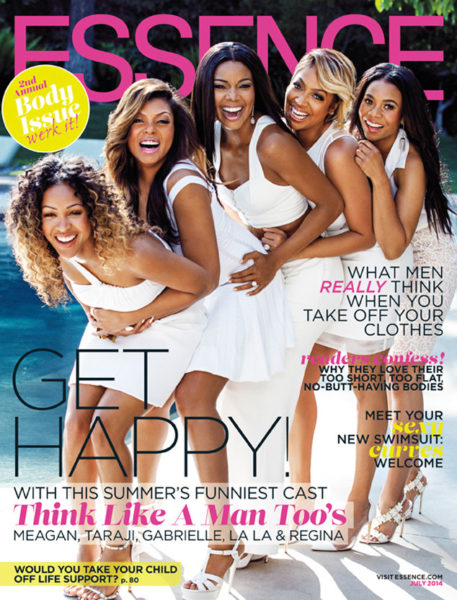 Think Like a Man Too, the second installment of the movie adaptation of Steve Harvey‘s book will be hitting the cinemas soon.

As fans of the movie wait in anticipation, they can pick up the new issue of Essence Magazine for all the details. 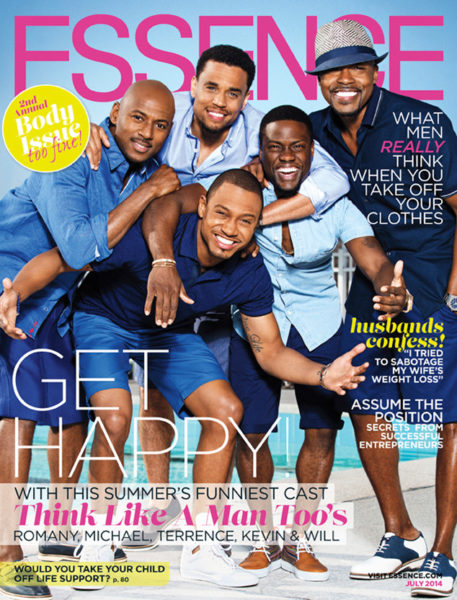 On the gents: “The guys were freak shows about the gym. They were obsessive.” says Gabrielle Union

“Kevin Hart—who can outdrink all of us and can outparty all of us—is a workout beast. Literally in between sets he will do a squat move or some push-ups. You just want to keep up.” says Terrence Jenkins.

Megan Good on fitness: “Gabrielle and La La taught me the importance of hydrating and taking time off when you need to relax. But when it’s time to go to work, really go in, get in the gym and be committed to getting the result you want.”