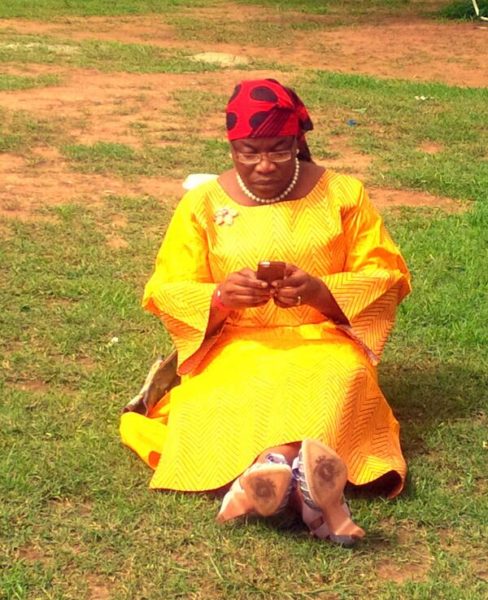 On Monday, social media activist and the former Minister of Education Oby Ezekwesili announced via Twitter that the State Security Service detained her at the Nnamdi Azikwe Airport in Abuja and seized her passport.

She was on her way to London for a BBC Hard Talk interview.

On Tuesday, Ezekwesili narrated her ordeal to members of the Christian Association of Nigerian-Americans.

According to Punch, it was in a statement bu CANAN Executive Director Pastor Laolu Akande after the former minister visited the group in London.

“I arrived at the airport yesterday (on Monday) to travel to London on British Airline. First, after the luggage screening section, I moved to the Customs people, sitting right next to it and do a more thorough bag search. Rather than they handling my luggage as is the practice, there were three SSS men, who rudely took over before they could do so, and ordered me to open my bag.

I was travelling light, with just my hand luggage leather roll on and my computer bag. I placed the bag for them (to see) and one was already furiously frisking through it when the Customs advised that a woman be allowed to do it. She was allowed and she did it.

She finished, zipped up the luggage and they said I could proceed. But I asked that the computer bag be also searched, and they did.

I went on to do my checking and got my boarding pass, and was swiftly done. I arrived the Departure Immigration Desk at about 7.15am and presented my passport and forms. The Immigration staff did his processing and handed to the SSS official.

Usually, their entire process lasts no more than five to 10 minutes on a passport. As a frequent traveller through our Lagos and Abuja airports, I speak based on experience and evidence. Even on the same day, the process for other travellers that I witnessed did not last more than five minutes. But on Monday, it became five, 10, 15 and 20, 25, 30, 35, 40 minutes for the Departure Desk processing for me, with no explanation given except “We act under instruction.”

And when she asked why her passport had not been given to her;

“He responded, ‘I am not doing this personally madam. I am simply acting based on instruction, and you of all persons should understand that.’

When it was 20 minutes into the process, and with BA announcing the final boarding call for the 8am flight, the officer walked out of the cubicle, heading off. I followed him, asking where he was going without giving back my passport nor an explanation on why it was being withheld. His nonchalant response was ‘just wait. I am trying to help you’.

It became evident that they withheld the passport to detain me at their departure desk in order to miss the flight. That was when I tweeted @ 7.37am ‘@obyezeks: Is this a democracy? I am being detained by the SSS @ Nnamdi Azikiwe International Airport. The SSS has refused to give my passport to me.’ At 7.41am ‘@obyezeks: On my way to London this morning for my @BBCHARDtalk appearance billed for tomorrow and the SSS has detained me by withholding my passport.’

At that point, I brought out my phone to record him even as I asked for the passport. He got angry and charged at me that he would seize my phone. Then his colleague screamed at him a third time to handover the passport. He did.