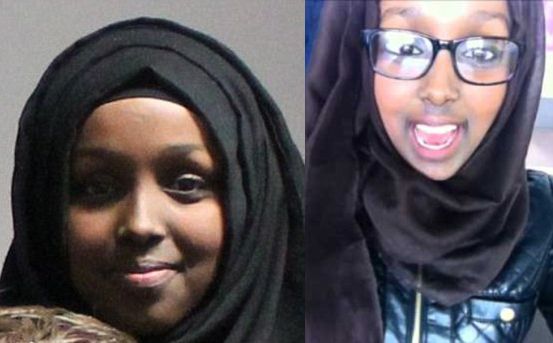 A pair of Somali-British Teenage twin sisters who aspired to train as doctors, are feared to have relocated to Syria to train as killers with the ISIS terror group.

It is suspected that their elder brother, who quit school to become a jihadist fighter for  ISIS last year, may have been one of their major inspirations for deciding to join the group, according to Daily Mail.

The sixteen-year-old girls, Salma and Zahra Halane, were reputed to have achieved great academic excellence while in school, and achieved 28 GCSEs between them last summer. These exam results put them in the top 10 per cent of their year class at Whalley Range High School for Girls in Manchester. It was their dream to follow in the footsteps of their elder sister, who attends a medical school in Denmark.

Also, their family and loved ones described them as “regular” teenagers who showed no signs of having radical or extremist views. As a result, the news that they may have left Manchester to train as terrorists in Syria, came as a huge shock to all who knew them.

The Halane twins reportedly ran away from their parents’ U.K home in the middle of the night last month. They were said to have caught a flight to Turkey, and then crossed the border from there.

Police authorities are currently investigating the case. Many questions still remain unanswered. For instance, how did the girls fund their trip? It is feared that they may have been sponsored by jihadi fighters who want them as their wives.

According to reports, it is estimated that about 1,500 Britons may have traveled to Syria to fight alongside terrorists.

Visit the Prime Shopping Complex this Weekend & Get Discounts Across All Stores!