9ice vies for Seat in Federal House of Representatives 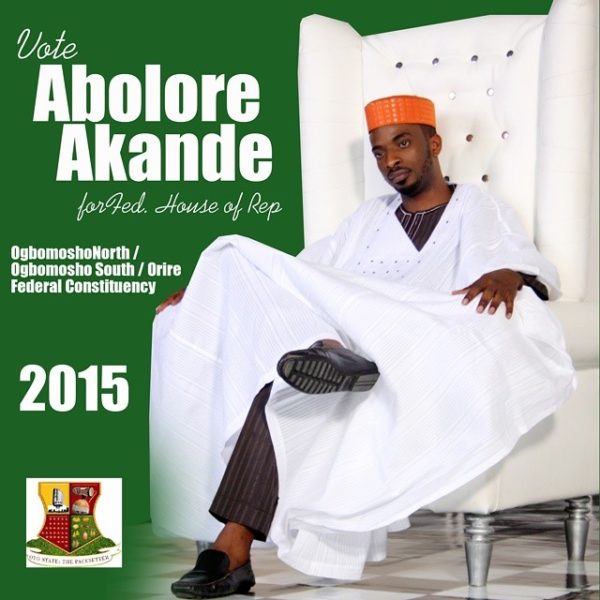 In January, it was widely reported that music star 9ice will contest for a political post by representing his state, Oyo.

He later refuted the reports, claiming he was on the set of a music video and a member of his team posted the image and the caption declaring his political interest.

Fast forward to August, 9ice has had a change of heart, and plans to be part of the affairs of Oyo.

He shared with his thousand of followers this image of himself on a white seat, stating that he wants a seat in the Federal House of Representatives for Ogbomosho North/Ogbomosho South/Orire Federal Constituency in 2015.

9ice joins stars like Kate Henshaw, Desmond Elliot, Julius Agwu and Dan D’Humourous who have made their political ambitions known.