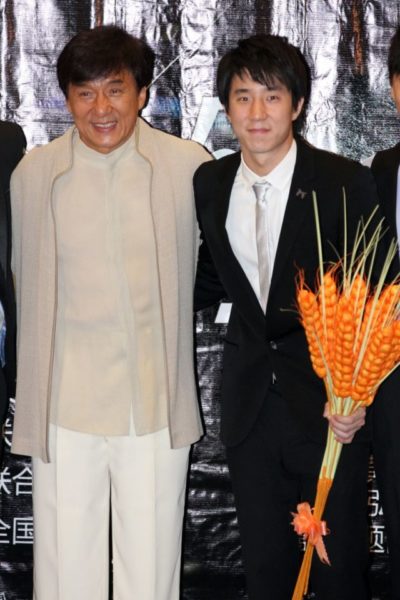 On Tuesday, BN brought you the story that movie star Jackie Chan‘s 31-year-old son Jaycee was detained on drug charges. Now Jackie Chan who is an anti drug ambassador in China speaks out for the first time.

Jackie Chan addressed the situation on his official website.

“When I first heard the news, I was absolutely enraged. As a public figure, I feel very ashamed; as his dad, I’m very sad and disappointed. But the person who feels heartbroken the most is his mom. I hope our younger generation will learn from Jaycee’s mistake and stay far away from drug abuse.

“I would like to take this opportunity to say to Jaycee: you’ve done something wrong and you have to be responsible for the consequences,” he wrote. “I’m your dad and I’ll always be with you. We will face the road ahead of us together. I should also take some of the responsibility because as his dad, I didn’t teach him well. Therefore, on behalf of Jaycee and myself, I extend our deepest apologies to everyone for the negative impact this has caused on society.”

Jackie Chan doesn’t plan on leaving his fortune for his son. In an interview in 2011, he said everything will go to charity.