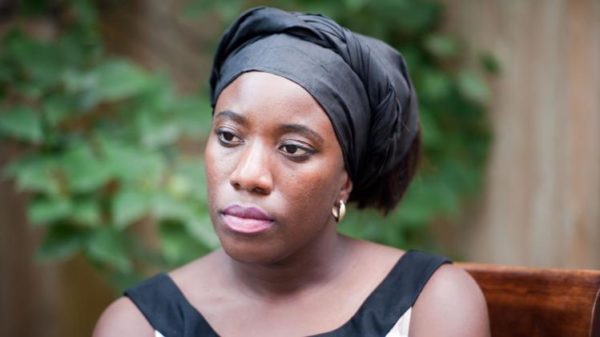 Ever since it was discovered that the late Patrick Sawyer, who died after contracting Ebola Virus, escaped quarantine in Liberia and travelled to Nigeria, the world has expressed outrage.

Sawyer’s decision to go to Nigeria has resulted in dire consequences including  the death of 2 nurses and an ECOWAS staff member who came in contact with him and contracted the virus as a result. Also, another nurse who contracted the virus from Sawyer escaped quarantine in Lagos, and travelled to Enugu, thus; putting many people at risk.

Many have called Sawyer’s acts despicable. However, his wife, Decontee K. Sawyer has risen to her late husband’s defence.

According to TMZ Liberia Magazine Decontee took to Facebook to “set the record straight” from her own perspective.

Stating that “he (Patrick Sawyer) is no terrorist, and his act was far from malicious. It was actually a cry for help,” here are excerpts of other comments she allegedly made:

I knew Patrick better than anybody else (including himself). He had told me many times in the past how much he didn’t trust the Liberian healthcare system. He would tell me about how a person would get checked in for one thing, and get misdiagnosed and get the wrong treatment as a result. On top of that, Patrick was a clean freak, and told me how filthy a lot of the hospitals were.

He didn’t tell me this, but I know in my heart of hearts that Patrick was determined to get to Nigeria by all means because he felt that Nigeria would be a place of refuge.

He has expressed to me many times in the past that he felt passionately about helping to be a part of strengthening Liberia’s healthcare system, but he knew it wasn’t there yet, and he wouldn’t want to take a chance with his life because a lot of people depended on him… Patrick had a passion for life, and he wouldn’t have wanted his to end.

So, I bet anything that he was thinking, if I could only get to Nigeria, a way more developed country than Liberia, I would be able to get some help. How ironic.

It has been reported that Patrick avoided physical contact with everyone he came across during his trip from Liberia to Nigeria. When he got to Nigeria, he turned himself in letting them know that he had just flown in from Liberia.

Patrick went to Nigeria for help so that he can get properly diagnosed, and not misdiagnosed in Liberia. And if it came back that he did have Ebola, he trusted the Nigerian healthcare system a lot more than he trusted the Liberian’s. His action, as off as it was, was a desperate plea for help. Patrick didn’t want to die, and he thought his life would be saved in Nigeria.

I write today, not simply because of Patrick, but because of the broken healthcare system in the Liberia, and the government’s inability under President Ellen Johnson Sirleaf (and other past Presidents) to fix it. Good doctors, nurses, and other healthcare providers aren’t given the support they need to save lives.
President Sirleaf went on CNN News throwing stones at Patrick, a man who can no longer defend himself, a man who worked tirelessly for Liberia. She should be ashamed of herself. I use to admire this woman, and was excited and proud of her accomplishment as the first woman President in the entire continent of Africa. She will always own that. We will always own that. It can’t be taken away from her. It’s something to be proud of. But this woman has failed her country.