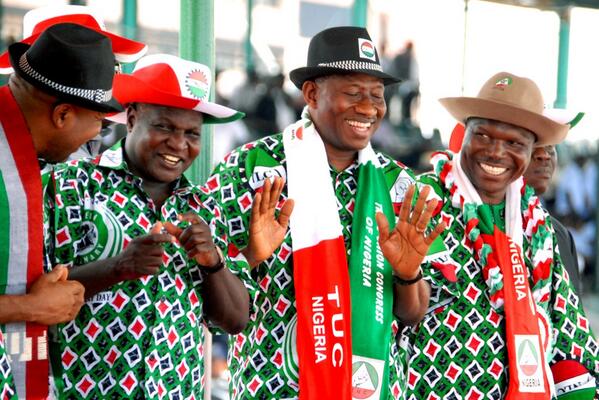 Over the weekend, multiple news publications reported that the commander-in-chief President Goodluck Ebele Jonathan is seriously ill and has been flown to Germany for medical attention.

On Sunday, the Special Adviser to GEJ on Media and Publicity Reuben Abati revealed in a telephone conversation with A Punch correspondent that the reports are false and that he has been on a “private visit”.

“Before leaving Nigeria, I issued a statement that the President will be embarking on a private visit to Germany with a few of his aides.

On Saturday, I sent out a statement that the President spoke with the Falconets on the telephone. I also sent out the video and audio of his conversation with the players where he promised to stay awake and watch the final match.

The NTA and some other broadcasting stations aired the video and audio.

There are also photographs out there showing the President when he was leaving Nigeria and when he was arriving Germany.

“The President is hale and hearty. In fact, he is treating files in his hotel room.

Are these not enough proofs that Mr. President is not sick as they want Nigerians to believe?

It is important to note that the publisher of the newspaper that has been writing this false report is a chieftain of an opposition party who also have an ambition to be President.”