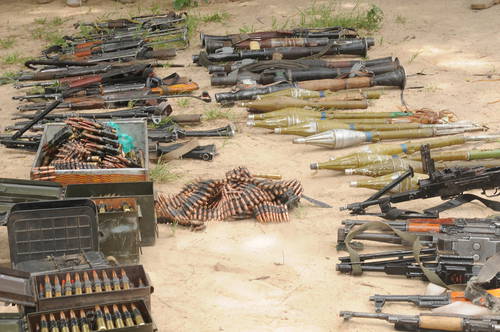 Some Boko Haram members reportedly surrendered to soldiers in Konduga, Borno over the weekend.

According to Sahara Reporters, the terrorists are beginning to surrender voluntarily, and five of them turned themselves and their weapons in to troops at Konduga.

Other sect members who have not surrendered, have reportedly been giving the soldiers pertinent information about Boko Haram’s plans.

Reports state that over the past few days, the insurgents have tried relentlessly to gain access to Konduga, but Nigerian troops have foiled their attempts. 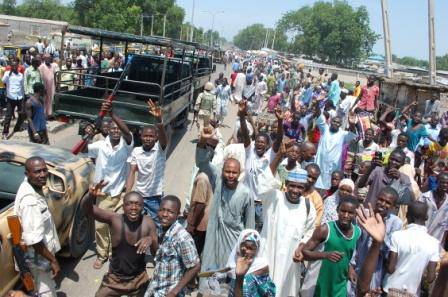 Residents of Konduga cheer on the troops after the militants surrender 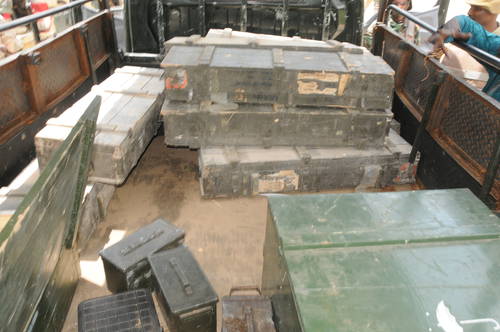 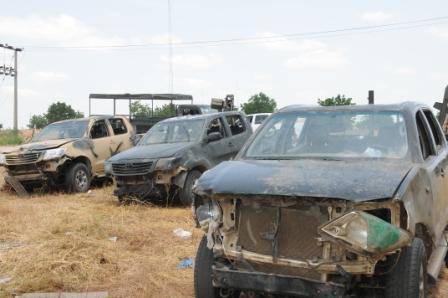 Some of the terrorists vehicles destroyed by soldiers in Konduga